Israel Votes for a One-State Solution

Dalia Hatuqa writes that prospects for a two-state solution have further diminished with the Israeli elections. 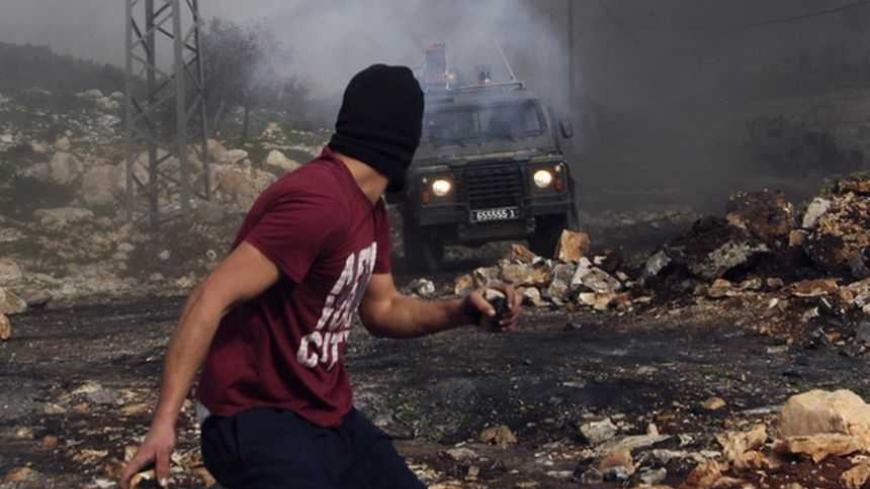 A stone-throwing Palestinian protester runs near an Israeli border police vehicle during clashes at a weekly protest against the nearby Jewish settlement of Kdumim, in the West Bank village of Kfar Kadum, near Nablus, Jan. 25, 2013. - REUTERS/Abed Omar Qusini

Before the results of the latest Israeli Knesset elections were announced, pundits were projecting an ascendant right, and with it the death of the two-state solution. These assessments have since been altered after Israel’s right-wing bloc did not win the anticipated seats, with new proclamations that the election results instead spelled an unexpected victory for “centrists.” Both assessments are fundamentally wrong, not least because any reasonable prospect of a two-state solution has long since vanished, and further the difference between the so-called “right” and “left” wings of Israeli politics have produced negligible differences as far as the Palestinian issue is concerned.

If we were to start at the 1949 armistice line (the notorious “’67 borders”), then it would be safe to say that for the past four decades, not one Israeli government has acknowledged its role as an occupying force reigning over the now 4 million Palestinians residing in the West Bank and Gaza Strip. These successive governments have also not differed in any meaningful way when it comes to defining their responsibility under international law as an occupier. This is most evident when it comes to Israel’s settlement policy. These cookie-cutter planned communities — which resemble suburban Los Angeles or southern Florida more than any place in the Middle East — have continued to pop up like mushrooms on West Bank hilltops under the watchful eye of Likud- and Labor-led governments alike.

This time around, Neftali Benet, leader of the Jewish Home (Habayit Hayehudi) party, called for the complete annexation of over half of the West Bank. Others were equally as forthcoming with their agenda regarding the Palestinians. “What I want is not a new Middle East, but to be rid of [the Palestinians] and put a tall fence between us and them,” said Yair Lapid, the media personality-turned-politician, who now heads the Yesh Atid (There is a Future) party.

It is incontrovertible that the settlement movement is a state enterprise, only made possible through generous governmental financial support. Even governments headed by the so-called “dovish” Labor party entrenched this enterprise very soon after the occupation of the West Bank and Gaza Strip in 1967, and especially during the years directly preceding the Oslo Accords, as they scrambled to grab land before a final settlement was reached. The Allon Plan was also a creation of the Labor party. This initiative devised by Labor minister Yigal Allon included limited Palestinian autonomy while implementing permanent Israeli control of the Jordan Valley (today peppered with settlements) to act as a buffer between Israel and its eastern neighbors. It is this concept that has defined policy in the occupied territories ever since, no matter the political persuasion of the ruling party in Israel.

At least until 1993, successive Israeli governments were forced to take responsibility (civil, administrative, and security) for the Palestinian population they controlled. Oslo and the subsequent birth of the Palestinian Authority (PA) gave Israel the reprieve it had been seeking for many years, relieving it of day-to-day responsibility of Palestinian governance, while ensuring further expansion into the lands on which Palestinians lived.

The Oslo Accords redefined the relationship between Israel and the Palestinians living in the territories, giving the former access to and control of land, water resources and border crossings in exchange for limited self-rule. Theoretically speaking, "Area A" is under full Palestinian administrative and security control (though it is invaded regularly by Israeli forces), Palestinians and Israelis share authority over "Area B," and "Area C" is off limits to Palestinians in terms of control. In this arrangement, every facet of life is still dependent on the occupier — even the taxes essential to the very functioning of the PA is collected by Israel on its behalf, leaving it with much leverage to punish the Palestinians by cutting their funding if and when they are deemed unruly. That has been the case of late, after the PA turned to the UN for a status upgrade similar to that held by the Vatican earlier this year.

But most profoundly, Israel retains the power to choke the West Bank with settlements — establishing an irreversible reality by building millions of dollars worth of civil, private and military infrastructure, and settling hundreds of thousands of its civilians on land is occupies militarily. This has fuelled the Palestinian view that hail-Mary peace plans will not change the status quo, no matter who wins Israel’s elections.

This election’s surprise winner, Yesh Atid (now the second-largest party in the Knesset, with a 19-seat win) has not shown any desire to stray from the established course, thus preserving the status quo. Some analysts believe that even candidates who addressed the Palestinian issue in their campaigning were viewed negatively by the voting public, as it simply reminded them of the untenable situation. “In other words, the best way to keep things as they are in Israel is not to rock the boat,” wrote Michael Cohen in The Guardian. “One gets the impression that voters were more troubled by the country’s growing international isolation, rather than the actual reasons for that isolation.”

Whether hawkish, religious or falling on the "left" of the political spectrum, Israel’s political parties — with the possible exception of Meretz — have shown a lack of desire to stop building or give up settlements in the West Bank, leaving very little room for a Palestinian state.

Even Lapid, whose party has been characterized as "centrist" did not distance himself from the platform that Israeli Prime Minister Benjamin Netanyahu ran on vis-à-vis the Palestinians when he first took office in 2009. In fact, Lapid had — much like Netanyahu — noted that Jerusalem would never be divided, crushing any Palestinian hopes for crowning the eastern part of the city as the capital of any future state. During his campaign, Lapid even divulged his foreign policy strategy from Ariel, the third-largest settlement in the West Bank.

As journalists adjusted their stories to reflect what they perceived as a tilt to the “center” in the election vote tally, statements from Palestinian and even Israeli leaders (albeit for different reasons) reflected a lack of belief in the attainability or even desirability of a two-state solution.

Netanyahu, who has long said the road to peace was blocked by the lack of a viable Palestinian partner admitted, though not explicitly, that such a solution is not desirable. “When they tell me to return to 1967 lines, I stand against it. When they tell me not to build in [occupied] Jerusalem, I stand against it,” he said. “It would be terribly easy to capitulate. I could return to indefensible borders and divide [occupied] Jerusalem and let Hamas get 400 meters from my home. But I have to stand firm on our vital interests …”

The Palestinians have also adjusted their rhetoric to reflect a louder voice emanating from the streets. Just lately, Palestinian president Mahmoud Abbas sounded the alarm over what he called the route Israel was taking toward becoming “an apartheid-style state.” One of his spokespeople said a growing number of Palestinians are now calling for a one-state solution because the possibility of two is moot.

Since 2010, no direct talks have been held between Palestinians and Israelis, and on the international level very little progress has been made to resuscitate the comatose peace process. These troubling signs, along with the unabated growth of settlements, are pointing in one direction: The two-state solution is long gone and the transition to a struggle for equal rights within one state from the river to the sea seems to be emerging, even if it’s not in the interest of either the PA or the Israelis.