The king stopped short of saying he would cancel Jordan's peace treaty with Israel in an interview with German media. 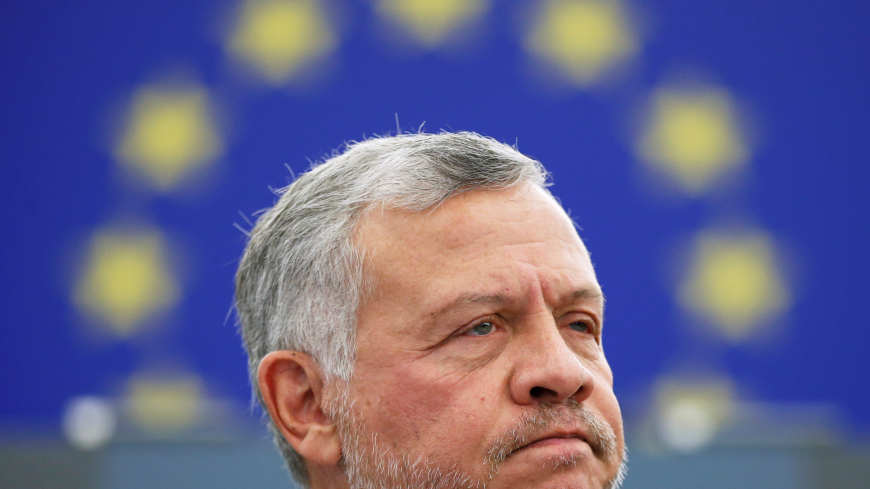 The king of Jordan warned in an interview published today of a “massive conflict” if Israel were to annex parts of the West Bank.

In an interview published by the German newspaper Der Spiegel, King Abdullah said plans to annex West Bank territory this summer and an abandonment of the two-state solution for Israel and the Palestinian territories would hurt the region.

“Leaders who advocate a one-state solution do not understand what that would mean,” said Abdullah, according to a transcript released by the Royal Hashemite Court. “If Israel really annexed the West Bank in July, it would lead to a massive conflict with the Hashemite Kingdom of Jordan.”

Israel captured the West Bank from Jordan during the 1967 war. Most of the international community considers it occupied Palestinian territory and the future home — along with the Gaza Strip — of a Palestinian state. The West Bank is divided into areas controlled by the Israeli military and the Palestinian Authority. There are also large numbers of Jewish settlements throughout the territory.

Abdullah was asked about the annexation issue because of recent events. In April, Israeli Prime Minister Benjamin Netanyahu and incoming unity government partner Benny Gantz made a deal to conditionally pursue incorporating parts of the West Bank into Israel starting in July.

The move is dependent on approval from the United States and not jeopardizing any of Israel’s peace treaties, one of which is with Jordan. The United States has signaled it would support Israel annexing parts of the West Bank under certain conditions.

Abdullah made his opposition to any annexation clear in the interview and reiterated his support for a two-state solution.

“The two-state solution is the only way for us to be able to move forward,” he said.

Abdullah stopped short of saying he would cancel Jordan's peace treaty with Israel, however.

“I don't want to make threats and create an atmosphere of loggerheads, but we are considering all options,” he said when asked about this by Der Spiegel. “We agree with many countries in Europe and the international community that the law of strength should not apply in the Middle East.”

Jordan’s relations with Israel are controversial in the Hashemite kingdom. Jordan signed its peace treaty with Israel in 1994. Most of Jordan’s population is of Palestinian origin, with many descending from Palestinians who fled their land after the establishment of Israel. However, amid the annexation talk, Jordanian opposition parties are now calling for a cancellation of the treaty.

Jordan needs to balance its desire for stability with the anti-Israel views of many of its citizens. There is a large movement in Jordan against a gas deal the government signed with a company in Israel, for example.

Abdullah also indicated in the interview that this is more a time for the region to focus on fighting the coronavirus together instead of engaging in a divisive discussion about the Israeli-Palestinian conflict.