Thanks in large part to the March closures of schools and universities and the rapid response by the Jordanian government to stem the spread of the coronavirus, Jordan is now cautiously reopening education in the kingdom. 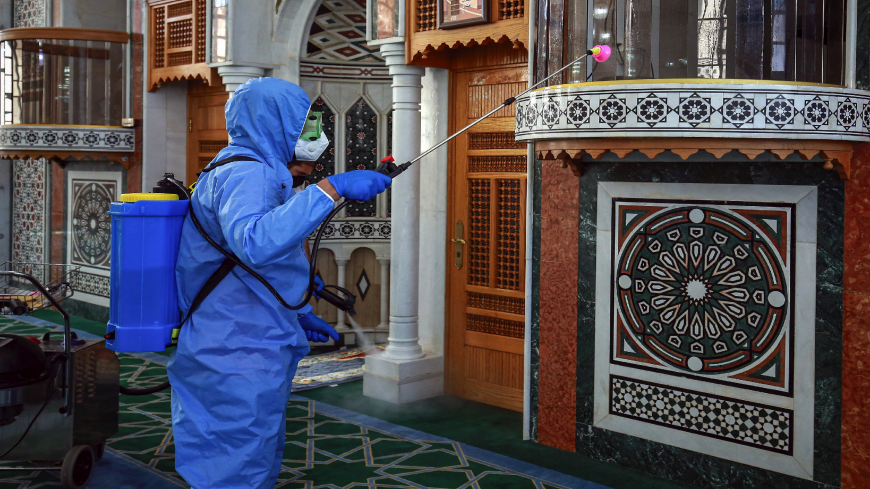 A worker dressed in personal protective equipment sterilizes the mihrab of a mosque in Jordan's capital Amman on June 3, 2020, ahead of its reopening.

Jordan’s education minister announced plans to reopen schools in early September, as the kingdom approaches a cautious reopening amid successes limiting the spread of the coronavirus.

Jordanian Education Minister Tayseer Nuaimi said the country’s 2020-21 school year will resume on schedule and that procedures would be dictated in coordination with Jordan’s Health Ministry, according to Asharq Al-Awsat. Nuaimi said the ministry is ready to implement additional measures if the COVID-19 situation worsens.

The Education Ministry closed schools in March as part of a nationwide effort to head off the budding coronavirus pandemic.

Earlier this week, Jordan’s King Abdullah II hailed the country’s measures to curb the spread, saying the virus had been brought “under control.” Abdullah further emphasized the lockdown’s economic toll on the country and recently touted Jordan’s preparedness to begin reopening to tourism.

Abdullah initiated the activation of a 1992 national defense law in March that grants the prime minister broad powers to manage national crises. The resulting restrictions have been credited with the kingdom’s unusual success rate at curbing the spread of the virus.

Jordanians are still subject to nighttime curfews and bans on large public gatherings, though the country started easing some of its strictest coronavirus regulations in early June.

The kingdom is also preparing to ease restrictions on both traditional and medical tourism. Flights to Amman’s Queen Alia International Airport are scheduled to resume next month, with 10 “low risk” countries so far approved to send passengers who will be subject to screening, the government said Thursday.

According to Jordanian government statistics, the country has seen a significant decline in COVID-19 cases since mitigation measures began in March, with no more than 10 recorded deaths and some 1,200 reported cases.

Similar to many other countries, however, Jordan’s economic woes are expected to continue to mount amid the pandemic, as losses in the tourism sector, employment and government revenue worsen.