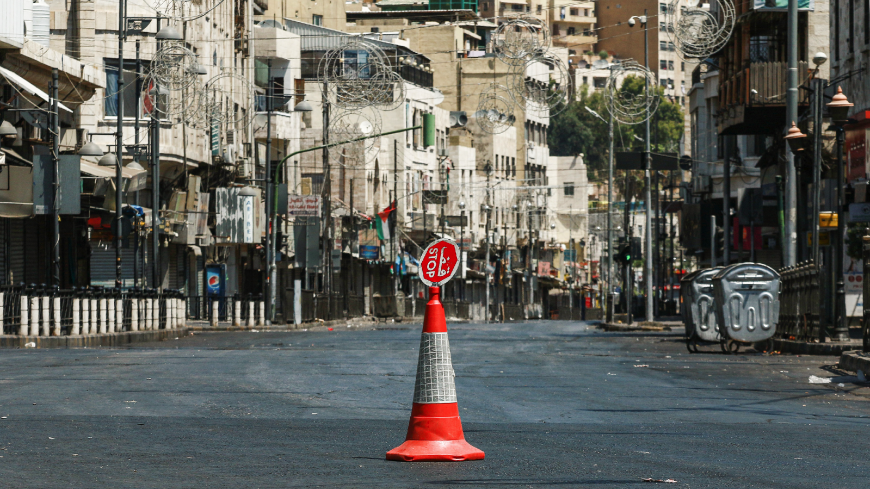 This picture taken on Aug. 28, 2020, shows a view of a traffic cone topped with a small stop sign in the middle of an empty road during a coronavirus pandemic curfew in Jordan's capital, Amman. - KHALIL MAZRAAWI/AFP via Getty Images

Of the 634 COVID-19 infections announced Tuesday, a majority were recorded in the capital, Amman. The country of 10 million has registered 5,679 COVID-19 cases and 33 deaths since the outbreak began.

The coronavirus has also spread to Jordan’s under-resourced and crowded refugee camps. Earlier this month, the United Nations refugee agency confirmed the virus was detected for the first time among Syrians living in refugee camps.

Confronted with a spike in coronavirus cases, Jordan last Thursday suspended schools for two weeks and announced a series of nationwide restrictions. The government shuttered places of worship, cafes, restaurants and public markets, and schools switched to online learning for all but grades 1, 3 and 12.

Large gatherings, including weddings, mourning rituals or any event with more than 20 people, are now banned. Violators risk jail time of three months to a year, a fine between 1,000 and 3,000 Jordanian dinars ($1,410-$4,230), or both, according to the state-run Jordan Times.

Under a state of emergency, Jordan imposed some of the world’s harshest coronavirus restrictions in March. Officials have said they hope to avoid reimposing the nationwide lockdown and army-enforced, round-the-clock curfew, which kept the virus in check but strained Jordan's already fragile economy.