Places of worship, cafes, restaurants and public markets must close their doors for the next two weeks. 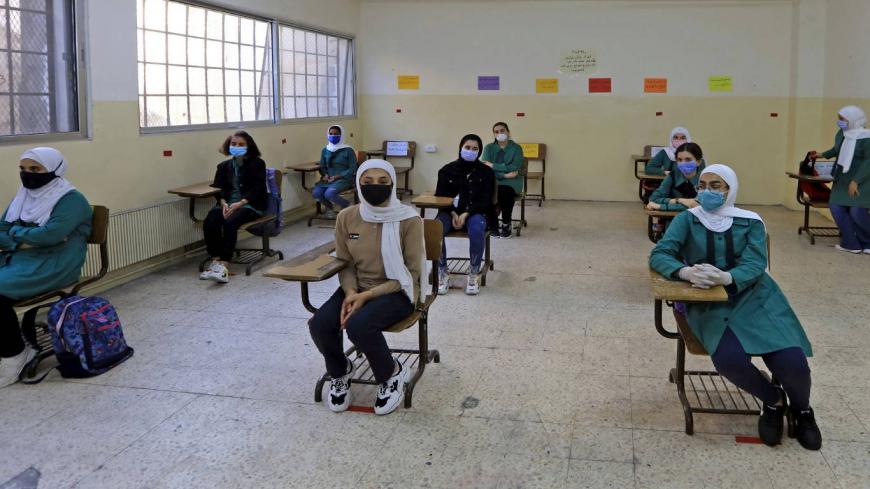 Students wearing protective masks sit in a classroom on the first day of school in the Jordanian capital, Amman, amid the ongoing COVID-19 pandemic, on Sept. 1, 2020. - KHALIL MAZRAAWI/AFP via Getty Images)

A spike in coronavirus cases has prompted Jordan to suspend schools and announce a series of nationwide restrictions for two weeks beginning Thursday.

The government is shuttering places of worship, cafes, restaurants and public markets, and schools will switch to online learning for all but grades 1, 3 and 12.

Health Minister Saad Jaber said he hopes the measures are enough to avoid reimposing a harsh nationwide lockdown and an army-enforced round-the-clock curfew, which kept the virus in check in March but strained Jordan's already fragile economy.

"We hope the new measures, though [they] might be tough, [will] reduce the number of infections, and we are cautious not to return to blanket curfews,” Jaber told reporters, according to state news agency Petra.

But health officials are alarmed by an uptick in new cases, and in late August, Minister of State for Media Affairs Amjad Adaileh warned Jordan had entered the second wave of the virus.

In one of Jordan’s highest single-day tolls since March, the country recorded 214 new cases on Monday, as well as two deaths from COVID-19. A majority of the new infections were in the capital, Amman, said Jaber.

The country of 10 million has so far registered over 3,500 cases and a total of 27 deaths. Jaber attributed the recent surge in infections to wedding parties, large gatherings and funerals.