Murder in street brings Jordanian women out in force

Protesters gathered in Amman twice this week despite COVID-19 restrictions to demonstrate against last week’s so-called honor killing of a woman and demand changes to the law. 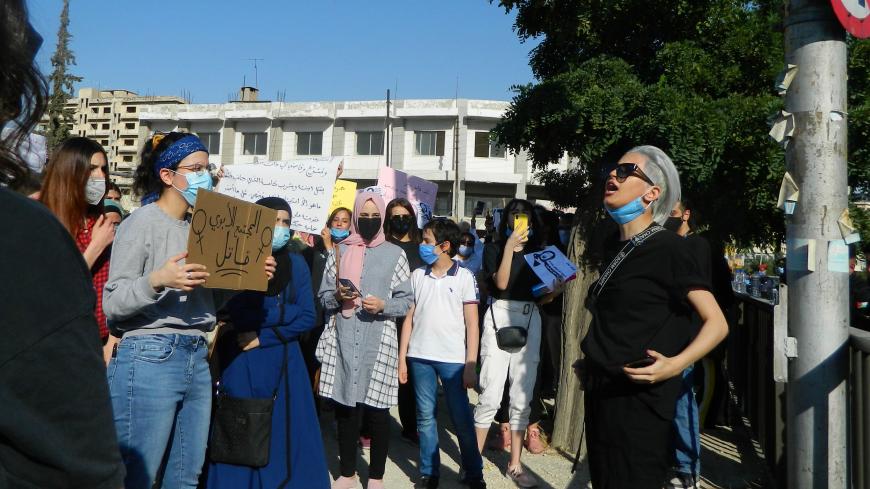 Women protest outside the parliament building to speak out on violence against women, in Amman, Jordan, July 22, 2020. - Melissa Pawson/Al-Monitor 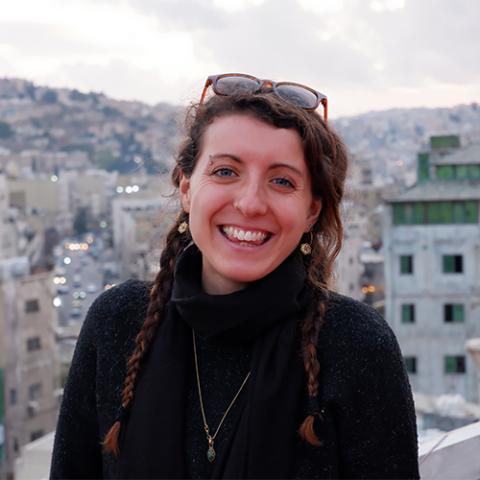 “We’re fed up, we’re so fed up,” Besan Jaber, 29, told Al-Monitor after the first of two protests in Amman this week over the killing of a woman identified so far only as "Ahlam" in the press. “The case of Ahlam was a trigger to start something that is very responsive. To make a point that we’re not accepting any honor crimes, decisions need to be changed and modifications need to be happening.”

Hundreds of people gathered outside the parliament in Amman for a second, larger protest held on July 22 called “Screams of Women,” despite COVID-19 restrictions banning gatherings of more than 20 people.

Signs were painted with messages such as “When blood becomes tea,” referring to brutal accounts of Ahlam's July 17 killing. Her father reportedly beat her to death in the street with a brick before sitting next to her body with a cigarette and a cup of tea. He appeared in court on July 18, after a video of the incident circulated online and led to a public outcry on social media.

Jaber is one of several local organizers behind the protests demanding change in the laws and attitudes toward women in Jordan. In an interview with Al-Monitor, she said, “We have a long history of what are called honor crimes. There were some modifications to the law in 2017 and 2018 to make it a little bit better, but still it’s not satisfying. It does not provide the protection it needs to; it doesn’t hold people accountable.”

Jaber was referring to the so-called “fit of fury” clause that can be used to lessen a sentence for murder, sometimes to as little as a year, if defendants can demonstrate that they were in a state of anger when committing a crime. The clause replaced the "honor defense" in 2017, and a second clause was added to disallow sentence reduction if the crime is committed against a woman or girl, unless the victim is caught in the act of adultery. However, activists claim that many attackers still receive a reduced sentence despite the change and that the “fit of fury” clause generally serves the same purpose as the “honor” clause in cases of femicide by family members.

At the protest on July 22, Dana Amowi, 19, told Al-Monitor, “It feels like some of my anger is being relieved. It feels good to be part of something. I think we need some radical changes to the laws here, to support women here and to be more present for all the women in Jordan.”

Efo Omar, 17, also told Al-Monitor at the protest, “I am here to demand the rights of women. I’m a feminist. My mom is a woman, my sister is a woman. We’ve come to defend Ahlam and to defend the soul of Ahlam.”

Angry chants rose up from the crowd outside the parliament on July 22: “We want the same world; freedom for Ahlam; raise your voice, raise your voice; from today, finish the silence.” Mask-wearing protesters, many of them young women, held up signs reading, “Yesterday, Israa; today, Ahlam; tomorrow, who?” and “Women are not your property to kill.” The death of Israa Ghrayeb, a young woman from Bethlehem who died after allegedly being beaten by her family, also sparked protests and outrage in the region last year.

Support for women’s rights in Jordan has also been mounting online in the wake of Ahlam’s death. A petition asking for changes to Articles 98 and 99 regarding the “fit of fury” defense has garnered more than 35,000 signatures. Hashtags like "Ahlam Screams" and "Jordanian Women Scream" were trending on Twitter with over 3,000 and 8,000 tweets, respectively, as of the evening of July 22.

According to the nongovernmental organization Sisterhood is Global Institute Jordan, there was a 200% increase in femicide by family members in Jordan from 2018 to 2019.

In a statement provided to Al-Monitor, the feminist activist group behind the protests said that violence against women is a “reality enshrined in the societal system in which we live, which considers women as second-class people.” The group’s demands of the government include amending the penal code to end reduced sentences for gender-based crimes and more effective support for women suffering from and at risk of domestic violence. The group also stated that it's worried about the fallout from the coronavirus lockdown with regard to domestic violence.

A report by Amnesty International in October last year slammed Jordan’s treatment of women as amounting to human rights violations. The report detailed case studies of women imprisoned for becoming pregnant outside of marriage, babies removed from the care of unmarried women, forced virginity tests and arbitrary detentions. Among its recommendations, Amnesty called for an end to the male guardianship system, an end to imprisonment for women who are reported by their guardians as being absent from home and effective intervention for women at risk of so-called honor killings and other crimes.

According to the report, Jordan's male guardianship system means that women need the consent of a guardian, usually their father, to marry in most cases. The laws restricting women's freedom to travel and to authorize surgeries for their children were reformed in 2013 and 2017, but their implementation is still reportedly causing confusion.

Jaber said, “We just needed to make a point. Somebody’s standing somewhere with a sign that says no to honor crimes, no to discrimination against women. We felt like we needed to be part of this.”