Jordan has seen a surge in "honor" killings of women, with nine recorded this year already. 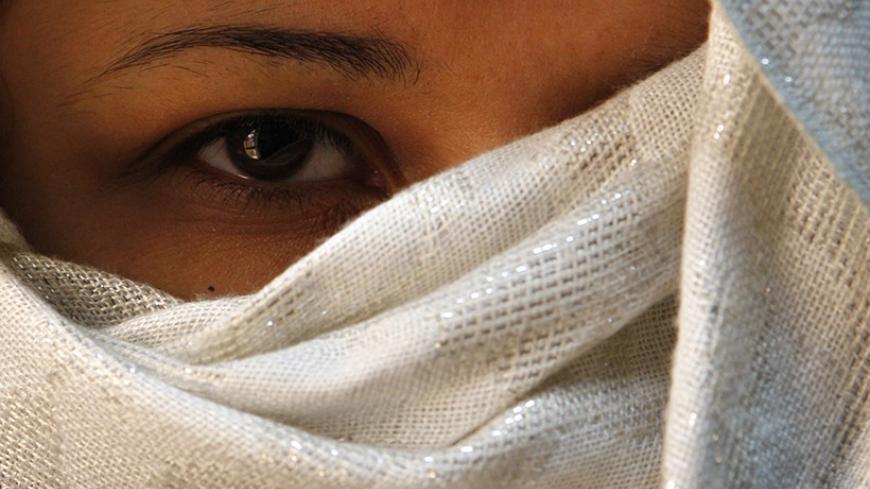 A woman who was abused by her husband covers her face, so as not to be identified by her family, in Amman, March 5, 2009. - REUTERS/Ali Jarekji 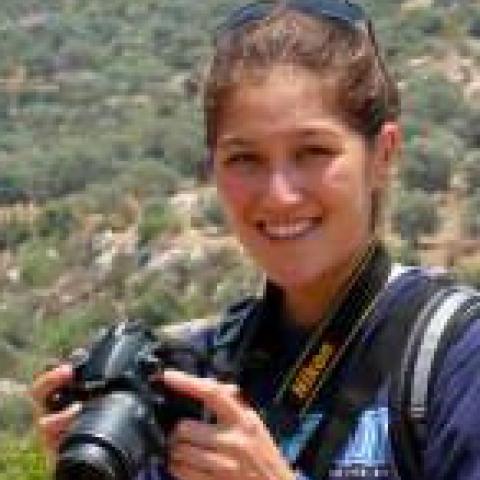 AMMAN, Jordan — Batool Haddad, a Christian girl from the northern Jordanian village of Khirbet Wahadneh, kept relatively quiet about her interest in Islam, mentioning it probably only to her sister, who also kept it to herself.

But when Haddad converted to Islam after attending a lecture by a Saudi preacher, according to local reports, she told her sister, who this time told their father, who told his brother. On April 30, the two men took Haddad to a local forest.

Beating her first with a stick, they then used a 40-by-50-centimeter (15-by-20-inch) rock, fracturing and crushing her skull and killing her, said Ali Shotar, the forensic pathologist who examined her body. She was about 22 years old.

Haddad was one of four women killed last week in Jordan in a shocking succession of unrelated murders that has highlighted one of Jordan's more taboo topics: so-called honor crimes. Three of the deaths occurred within a span of 24 hours, from April 30 to May 1, and all of the killers were relatives of the victims.

One woman, 38 years old, was shot the day after Haddad's death, killed in the eastern Amman district of Hashemi al-Shamali by her two older brothers. The same day, in Ruseifa, a district east of Amman, a youth in his 20s killed his 18-year-old sister, Maram, stabbing her with a knife multiple times in the chest. Several days earlier, in a neighboring area, a 20-year-old girl was also stabbed, this time over 20 times in the face and chest, and also by her brother.

Haddad would have graduated from college this month, Shotar told Al-Monitor by phone. Those who knew Haddad considered her sweet, "quiet and polite," according to a resident of Khirbet Wahadneh, who did not want her name used.

In Jordan, an official average of 20 females die each year in “honor” crimes, although some estimates vary slightly and experts agree that actual numbers are likely higher, as some deaths go unreported. In 2014, nine such deaths have been reported, making the rate higher than usual despite predictions earlier this year by the Jordanian branch of the women's rights group Sisterhood Is Global Institute that “honor” crimes would decrease in 2014.

An “honor” crime is “a specific kind of crime … committed against somebody — mainly women — because this somebody brought dishonor against the family,” explained Abeer Dababneh, lawyer and director of the Center for Women's Studies at the University of Jordan. Perpetrators are typically male.

The concept of honor is "related to sex and sexuality outside of marriage," Dababneh added. Anything from leaving the house to having a relationship — real or perceived — can be viewed as a violation.

While Haddad's death may not have been "based on sexual honor," Hadeel Abdul Aziz, a lawyer and the director of the Justice Center for Legal Aid, told Al-Monitor, her murder was "because she violated social norms."

Established in 2009, No Honor in Crime is a local activist group that profiles and collects details on honor killing victims while actively campaigning for an end to such crimes. One of the organization's volunteers, Deena Dajani, told Al-Monitor by email that Haddad's murder both did and did not constitute a so-called honor crime.

Haddad "made a personal decision that defied norms," she wrote. "Her murder was a reaction to her act." Murder is the most extreme on a wide spectrum of acts that "impose limits on women's movement, choices and bodies."

Even if Haddad was not killed over “sexual honor,” her death is still a manifestation of a deeper problem, one where using violence to punish women for perceived disgraces is accepted.

Numbers of so-called honor crimes often fluctuate, Dajani pointed out, so spikes or drops aren't necessarily meaningful. "Even when the number of murders seems to be on the decrease, … the problem is so much larger than what it appears to be."

"In Jordan, there's still a legal framework in which honor crimes are essentially excused," Adam Coogle, Human Rights Watch's Jordan-based researcher, told Al-Monitor. "There hasn't been any meaningful change on this issue," he added.

"People still now think they can kill their female relatives and get away with it," Abdul Aziz said.

The legal framework that "essentially excuse[s]" honor crimes, according to activists, lawyers and researchers interviewed, is built primarily upon three elements of Jordanian law, two in the Penal Code and the third in the right of a victim, or whoever represents him or her if dead, to waive the personal right to litigate.

It is the latter that is most frequently invoked, Dajani said, and it can weaken any deterrent against committing “honor” crimes.

"When a citizen is murdered, the victim's 'personal' right is transferred to that victim's family," Dajani explained. Since with honor crimes the perpetrator and victim's family are usually the same, the family will "forsake the victim's right," thereby reducing the perpetrator's sentence. Of the 46 honor killings for which No Honor in Crime has gathered information, 22 have gone to court, and of those, 17 had mitigated sentences due to waived personal litigation rights.

This loophole does not apply solely to honor crimes, Abdul Aziz said. "In all crimes, if the victim forgives the perpetrator and waives the personal right, then the penalty [for the crime] is reduced."

Articles 340 and 98 of the Penal Code reduce sentences for a perpetrator who murders a partner or family member caught committing adultery or for one who commits the crime "in a fit of rage," respectively.