Rights now: Why Palestinian women do not want to wait for liberation

Outraged that Palestinian men are getting away with murder, women of Palestine take to the streets and to cinema halls to push for their rights. 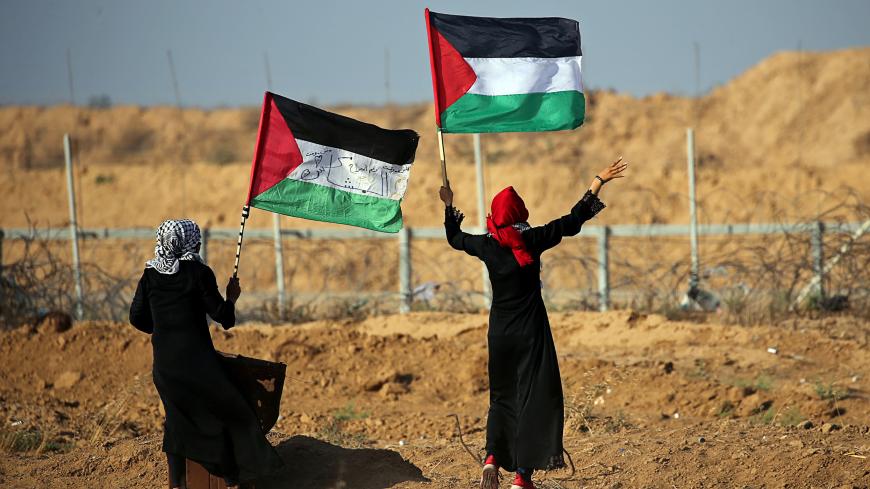 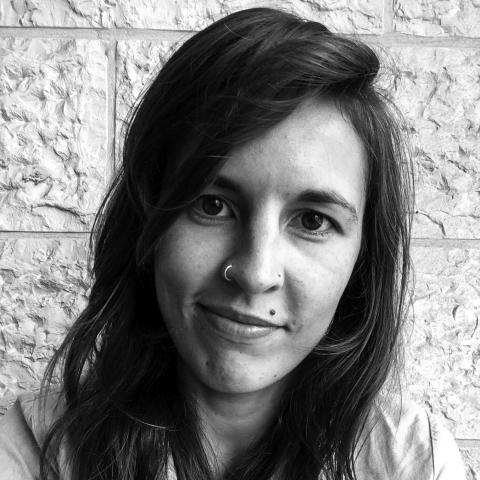 Women from the West Bank to the Gaza Strip and from Beirut to Berlin chanted "No free homeland without free women," in a concerted effort to bring gender equality in Palestine to the forefront of social and political discourse rather than allow it to remain in the shadows of the national liberation.

“We're told [it is] national liberation first and [only then is it time for] women's emancipation,” Riya Al-Sanah, co-organizer of the demonstrations, told Al-Monitor, adding, “We do not accept this separation anymore. What kind of liberation are we talking about if it doesn’t include women?”

Al-Sanah is a member of the grassroots feminist organization Tal’at, which means “coming out” in Arabic. She worked with local groups to ensure the demonstrations took place simultaneously on Sept. 26. The demonstration in Haifa — with nearly 1,000 protesters — was held without interruption. But protesters in Jerusalem — the majority of whom were women — were confronted by Israeli soldiers as they hoisted the Palestinian flag. Video footage emerged showing Israeli police violently pushing and breaking up the demonstration.

In Ramallah, protests focused on violence against women and femicide. The protesters ended their march in front of the Palestinian Medical Complex — the main government hospital in the city — where a 39-year-old woman from Jenin was being treated for injuries inflicted by domestic violence. Protesters said her legs were broken as a result of her family beating her, and she may end up with both legs amputated. The demonstrations were sparked by the recent femicide of 21-year-old Israa Ghrayeb from Bethlehem, who was allegedly beaten to death by the hands of male relatives, hauling into the spotlight the prevalence of domestic violence in Palestine.

Statistics compiled by the Palestinian Women's Center for Legal Aid and Counseling (WCLAC) found there were 23 cases of femicide in 2018 — 13 in the West Bank and 10 in the Gaza Strip.

According to Amal Abusrour, director of programs at WCLAC, women in Palestine are faced with the double burden of not only patriarchal social norms but also the violent nature of the Israeli occupation.

Abusrour explained how gender-based violence increases in times of conflict and political unrest in Palestine.

“We have found that whenever male members of the community are directly oppressed by Israeli policies, in one way or another they will divert the oppression toward the marginalized and vulnerable individuals of the community,” Abusrour said, adding, “And in this case, these are women and children.”

Research co-sponsored by the UN Fund for Population Activities found that during Israel's Operation Protective Edge in 2014, domestic violence against married women rose to 22% and to 30% for nonmarried women in Gaza. Another study in 2013 revealed that Palestinian women whose husbands were affected by political violence were 89% more likely to experience physical intimate partner violence.

Since 2011, a series of legal reforms in the Palestinian penal code amended existing laws allowing for lenient sentences for perpetrators, but many human rights activists believe this hasn’t gone far enough. According to Abusrour, the amendments have not deterred femicide. In fact, Abusrour said, they have simply made the perpetrators disguise them better, most often as suicides.

“Before these modifications in the penal code, we used to register larger numbers of femicide cases under so-called 'honor killings,' because at that time, if a male killed his female relative [because of] so-called 'honor,' he would have a lenient sentence,” Abusrour said.

Abusrour explained that after the penal code was amended, WCLAC noted an increase in cases registered as suicides. “Sometimes the women will be forced to commit suicide instead of being killed by her male relative, or sometimes a woman will be killed and the case will be reported as a suicide. No investigation will be done around cases of suicide," Abusrour said. “We don't need to have amendments here and there. What we need is to have holistic, comprehensive, legal reform in order to protect women and support the victims to have access to justice."

Reactions concerning women's rights and gender violence have not only hit the streets of Palestine but also cinemas.

“No Means No” is the theme for the sixth annual Palestine Cinema Days festival, devised to challenge the topic of sexual and gender-based violence through the lens of cinematography.

In Ramallah, there will be several screenings and organized discussions about women’s images in Arab cinema, gender violence and women in the film industry — with special attention on the occupation and its impact on gender and family dynamics.

Films include “A Thousand Girls Like Me,” which follows the true story of a 23-year-old woman from Kabul trying to bring her rapist father to justice and fighting against Afghanistan’s corrupt legal system and her own family’s violence.

This broadening of social discourse and inclusivity across Palestinian communities is what activists like Al-Sanah are striving for.

“We want to rebuild our society, which is deeply fragmented [and] deeply brutalized. The violence inflicted upon it has had a really adverse impact on many levels and many layers, so we have to come together,” Al-Sanah said.

“We need to build a safe and just society for Palestinians as a whole — be it in Palestine ‘48, be it in the West Bank, Gaza, be it in Lebanese communities of refugees or in the diaspora,” she added, adding, “We want to unite everybody in this discourse to end violence against women.”