Journalists and activists fear being targeted as another wave of protests and violence occur in Iraq. 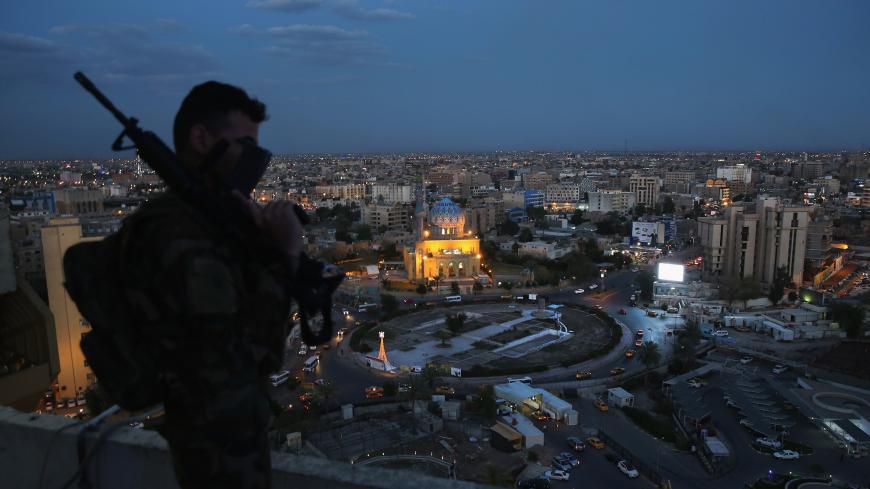 After months of relative calm, assassinations and kidnappings have returned to menace Baghdad's streets.

When two protesters were shot dead in Baghdad’s Tayeran Square, near Tahrir Square, on July 26, Prime Minister Mustafa al-Kadhimi ordered an urgent investigation. The prime minister addressed the Iraqi people in a televised speech on Monday, saying that he had ordered the security forces not to target the protesters under any circumstances.

“The security forces do not have permission to fire even a single bullet toward our protesting brothers,” Kadhimi said.

He attributed the violence to political rivals without naming them, accusing them of using the protests for political gain and "trying to fish in troubled water."

Kadhimi said he had requested investigators to produce results within 72 hours.

On July 20, German activist Hella Mewis was kidnapped in the busy downtown Baghdad neighborhood of Abu Noaas. She was released July 24 and no details have been released about the kidnappers and how the security forces recovered her. She left Iraq immediately after eight years of helping organize young Iraqis, artists and cultural activists.

The prime minister met with the family of Iraqi journalist Tawfik al-Tamimi on July 26. He told them that the investigation into his kidnapping is ongoing and that he will be returned home as soon as possible.

Tamimi was kidnapped in the front of his home in Baghdad five months ago and the authorities have shared no progress or developments in the case.

The commander of the 59th Brigade, Ali Ghidan, was killed by unknown groups on July 17 in northern Baghdad, and the investigation has produced nothing.

Iraqi researcher on extremist groups Hisham al-Hashimi was assassinated on his doorstep on July. 6. The prime minister ordered the investigation expedited but no results have been announced so far.

The prime minister said following Hashimi's assassination, "Whoever is involved with shedding Iraqi blood will face justice, and we will never allow chaos and mafia ways to run Iraq.” He promised, “We will not allow anyone to turn Iraq into a gang state."

Although none of the investigations have been successful so far, the victims have been treated very differently. The fate of the majority of those who have been kidnapped is still unknown, raising many questions among Iraqis as to why the Iraqi security forces were able to find and free Mewis so quickly while the fate of many others including hundreds of protesters missing since last October is still unknown.

"While we applaud the efforts of the Interior Ministry and intelligence services to quickly investigate the kidnapping of German activist Hella Mewis and succeed in liberating her within 72 hours, we had hoped that the investigation into Hisham Hashimi's assassination would have produced results as quickly," said Amjad Iqabi, a member of parliament from the Sairoon Alliance, on July. 24.

A senior adviser to the prime minister told The Washington Post on condition of anonymity that Kadhimi "wants justice but his hands are tied," adding, “Launching a full-blown investigation into why this happened, well, that is simply too dangerous for any prime minister here.”

Iraqi journalists and activists are living in great fear and under enormous pressure. Hashimi had good connections with the PMU leadership and the Iraqi government, but it was not enough to protect him.

In an interview with Al-Monitor, Munqith Dagher, a senior non-resident researcher at the Center for Strategic and International Studies in Washington, said, "The groups that target activists and journalists are well known. They are a combination of corruption networks, armed groups and others working against the state.”

“These groups want to spread fear among the activists and journalists and many of my colleagues indeed are pulling back and reducing their activities,” Dagher added, pointing out, “Civil society organizations and activists are the last remaining line of defense. … If they fall, the Iraqi state will fall.”

The series of assassinations and kidnapping comes in conjunction with a new wave of protests in Baghdad and southern Iraq, demanding justice for their brothers and sisters killed in the previous protests and a functional state able to provide security and basic services.

Other security concerns include increasing militia attacks on US bases that threaten to bring more instability to the country.

Ahmad Hassan, the executive manager of the Iraq-based Amarchi Center for Media Development, told Al-Monitor, “The assassinations and kidnapping are happening in front of everyone and with increasing frequency, but the perpetrators are being protected such that no one can talk about them and no evidence is able to be gathered against them.”

“They want to control the state and dictate their demands without being responsible for their actions,” Hassan added.

Some of the rogue PMU groups are threatening independent journalists over social media. So far, the government has been unable to stop them and prosecute those who are spreading fear and violence. Journalists and activists feel increasingly vulnerable. The issue is often neglected in media due to other regional challenges, including the COVOD-19 pandemic.

“We all are asking, who is next?” the adviser told The Washington Post.