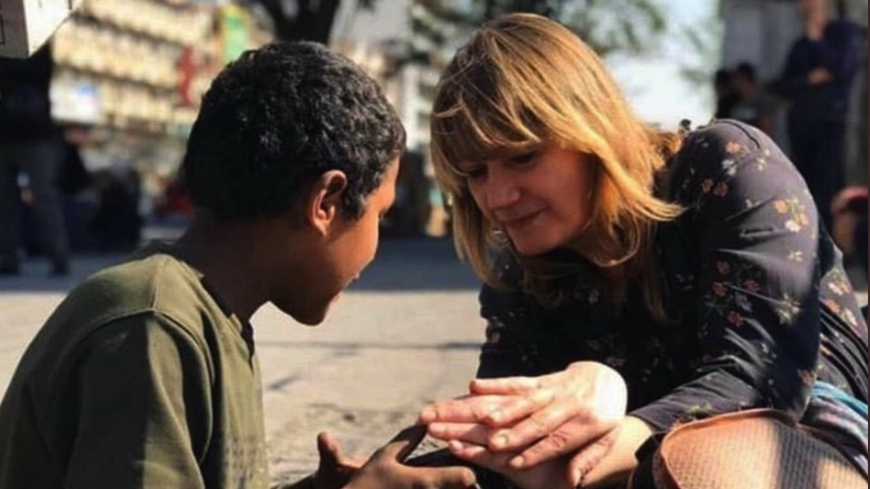 Hella Mewis was abducted from outside her art collection office around 8 p.m. Monday on Abu Nawas Street, said Ali al-Bayati, a member of the Independent High Commission for Human Rights of Iraq.

Police officer Ahmad Khalaf confirmed to the Turkish Anadolu Agency that Mewis was taken Monday evening and that police, along with teams from the defense and interior ministries, are searching the area.

Mewis was "riding her bicycle when two cars, one of them a white pickup truck used by some security forces, were seen kidnapping her," a security source told Agence France Presse (AFP). The source added that police at the nearby station saw Mewis’ kidnapping but did not intervene.

The Berlin-born artist had lived in Baghdad since 2015 and worked on the Bait Tarkib collective, which supports the work of emerging Iraqi artists.

Her apparent kidnapping comes just weeks after prominent security analyst Hisham al-Hashimi was killed outside his Baghdad home by two unidentified gunmen on a motorbike. Iraqi Prime Minister Mustafa al-Kadhimi blamed the assassination on armed groups “outside of the law” and vowed to find those responsible.

Mewis' friend Dhikra Sarsam wrote on Facebook that the artist loved Baghdad but “expected to be kidnapped because we all expect this fate.”

In March, three French nationals and an Iraqi working for the SOS Chretiens d'Orient charity in Baghdad were released after being held for two months by an unknown group.

Sarsam told AFP that Mewis had been particularly worried about her own safety after Hisham’s death.

"I spoke to her last week, and she was really involved in the protests too, so she was nervous after the assassination," said Sarsam.

Sweeping anti-government demonstrations broke out in Baghdad and across southern Iraq in October 2019, aimed at ending government corruption, high youth unemployment and Iranian influence in politics. More than 500 people died in the protests, including a number of activists killed by unidentified gunmen on motorcycles.

A May report from the Iraqi mission found dozens of protesters disappeared during the demonstrations. Those interviewed described being forced into vehicles by armed or masked men.