The death of a woman activist follows a string of recent assassinations and kidnappings and has reignited mass protests in Iraq demanding an end to violence and corruption. 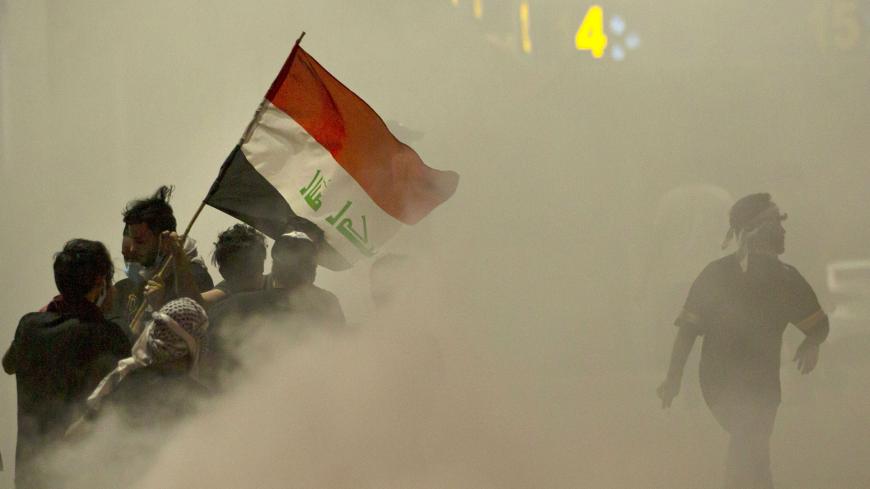 Iraqi demonstrators gather amid smoke after fire services extinguished tires during a protest near the governor's residence in the southern city of Basra to oppose assassinations and demand the resignation of top security officials in the southern Iraqi governorate, on Aug. 17, 2020. - HUSSEIN FALEH/AFP via Getty Images

Riham Yacoub was a nutritionist who ran a women’s gym in the south of Basra. She was also a staunch activist against corruption in the government, leading women’s marches in her city as early as 2018, a year before mass demonstrations would erupt across the country.

On Wednesday, Yacoub was assassinated when gunmen on the back of a motorcycle opened fire on her car. Three of her companions were also injured and one later died.

Yacoub’s death follows a string of recent attacks in a country that has been drained by corruption, war and foreign influence.

Less than a week earlier, Tahseen Osama, a father of four who was known for his frequent participation in anti-government protests, was killed when gunmen stormed his business. His brother was also injured in the attack. Three days later, two prominent activists, Lodia Raymond and Abbas Sobhi, survived an assassination attempt. They are both in stable condition.

The attacks have ignited a new wave of demonstrations as anti-government protesters pin the deaths on Iran-backed militias. The same militias had assisted security forces in clamping down on mass demonstrations that broke out in Baghdad and Basra last October. Nearly 500 Iraqis were killed during the protests and many more are unaccounted for, according to a UN human rights report.

On Saturday, Iraq's Prime Minister Mustafa al-Kadhimi, fresh off his visit to Washington, vowed to bring the perpetrators to justice.

Why it matters:  Violence is nothing new for prominent activists and researchers in the country. As early as 2018, Yacoub told the Middle East Eye that she had been receiving death threats after being accused of working for the United States to sabotage peaceful protests.

And in July, gunmen ambushed Iraqi analyst and political adviser Hisham al-Hashimi at his home. Hashimi had been a researcher into the Islamic State and Iran-backed militias. An international outcry followed his death, with the US Embassy in Baghdad calling for “swift justice” and the Iranian Embassy condemning the act as criminal. Iraq’s Kadhimi said he would not sleep until his killers were in custody.

Now, Yacoub’s death has ignited a new wave of protests. Crowds gathered in Basra Friday in front of a local parliament office to demand resignations. They eventually set the building on fire as security forces fired live rounds in the air to disperse the crowds, according to Reuters.

What’s next:  The recent assassination attempts led Kadhimi to dismiss Basra’s police chief and national security chiefs. He also ordered an investigation into the violence.

“We will do all that is necessary and let the security forces do their duties,” Kadhimi tweeted after Wednesday's attack. “Colluding with the killers or submitting to their threats is unacceptable.”

Immediately after his visit to the White House, Kadhimi met with security chiefs in Basra on Saturday and urged them to find the criminals as quickly as possible.

Iraqi Interior Minister Othman Al-Ghanemi announced on Sunday that special forces were sent to the city to hunt the militants responsible for killing the anti-corruption activists, according to The National.