Iraqi government not giving up on early elections 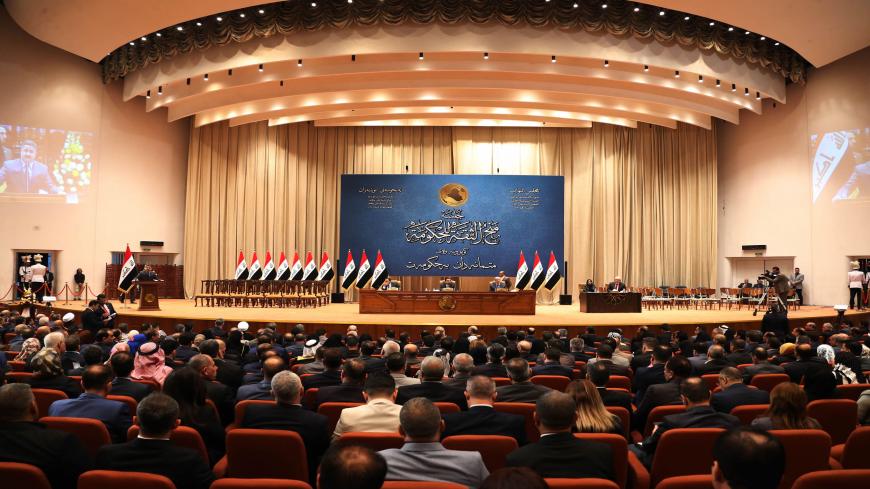 BAGHDAD — Despite the fact that most political parties in Iraq agreed to hold elections as soon as possible, and the government of Prime Minister Mustafa al-Kadhimi announced that such elections are among the priorities of the government, several conditions will seemingly prevent such goal from being achieved before the current legislative session comes to an end in 2022.

Early elections must achieve four basic conditions: the completion of the Election Law legislation; the restructuring of the Independent High Electoral Commission; the completion of the quorum of the Federal Court, which is responsible for ratifying the election results; and the provision of an appropriate security environment. The latter seems elusive given the ongoing kidnappings, assassinations and rocket firing at government headquarters and diplomatic missions both inside and outside the capital Baghdad.

Late last year, the Iraqi parliament approved an amendment to the Election Law. However, such amendment was not referred to the presidency of the republic for ratification due to differences between parliamentary blocs over the nature and number of electoral districts.

Also, parliament voted to end the work of the previous Electoral Commission, form a new commission and lay off thousands of staff members, which led to major objections about the new offices of the commission amid demands to replace dozens of local directors in the governorates.

Today, some Shiite blocs opposed to Kadhimi are trying to propose approximate dates for early elections, while they were opposed to the matter during the term of the resigned Prime Minister Adel Abdul Mahdi. These blocs believe that Kadhimi poses a great threat to their interests and political projects, and they are currently seeking to get rid of him as soon as possible.

The arrest of members of the Hezbollah faction in Dora, south of Baghdad, late last month at the hands of the “Anti-Terror Apparatus,” was a major point of contention between Kadhimi and the Fatah Alliance, which includes leaders of the Popular Mobilization Units. They believe that by seeking to restrict weapons to the state, the prime minister is looking to disarm what it deems as “the Islamic resistance in Iraq.”

Faleh al-Khazali, member of parliament for the Fatah Alliance, said in a tweet that there are attempts to procrastinate the early elections, and added that early elections have become a necessity after the Election Law and the Election Commission Law were amended. A few months ago, this parliamentary alliance was among the most opposed to Abdul Mahdi’s resignation and the holding of elections outside of their constitutional date.

According to local media outlets, the meeting held between the so-called "three presidencies" — the president of the republic, the prime minister and the parliament speaker — and the leaders of the parliamentary blocs discussed July 23 issues related to the elections, including the Election Law and ways to define constituencies. Three dates were proposed for the elections —April, June and October 2021 — assuming that all required legislative and technical conditions are met before the end of the current year.

Hussein al-Hindawi, the prime minister’s election adviser, told Al-Monitor, “In the presence of a political will and a real desire on the part of parliamentary blocs to hold early elections, there is technically a possibility to hold the elections sooner than the supposed date of June 2022.”

He added, “As far as governmental duties are concerned, Kadhimi is willing to provide the appropriate climate for the elections, but the greatest share of work needs to be carried out by the legislative authority, which must send the Election Law to the president of the republic and pass the Federal Court Law, and then dissolve parliament."

Hindawi added, “The Electoral Commission does not have sufficient experience and needs more training and development. It also needs to receive a final copy of the Election Law 10 months before the date set for the elections.”

The rest of the parliamentary blocs do not expect early elections in the country, although some of them support the idea.

Member of parliament for the Sairoon Alliance Badr al-Ziyadi told Al-Monitor, “While the parliamentary blocs are announcing their desire to hold early elections, they are looking to have their constitutional mandate run its course in the parliament. This is why they have been hindering the discussion of matters related to the Election Law to this day without addressing the obstacles facing the work of the Electoral Commission.”

Ziyadi ruled out holding early elections in the country, especially considering that the constitutional date for periodic elections is close, which is what most parliamentary blocs are seeking.

He added, “We in the Sairoon Alliance are all for holding early elections and dissolving the current parliament to respond to citizens' demands and implement the government program announced by the prime minister about three months ago.”

The Kurdistan Democratic Party led by Massoud Barzani ruled out the holding of early elections. Member of the party Khusraw Karawan told Al-Monitor, “The same political disputes hindering the passage of the Election Law in parliament and the completion of the formation of the Electoral Commission offices will impede the organization of early elections before 2022.”

While the Iraqi Constitution did not tackle “early elections,” it stipulated in Article 64 that parliament may be dissolved by an absolute majority of the number of its members — i.e., more than 50% of the total number of members of parliament, amounting to 329 members — or upon the request of the prime minister and with the consent of the president of the republic, who shall set a 60-day period for holding “general elections.”

It is unlikely for the parliamentary blocs to agree on a date for early elections in light of the differences plaguing their relations, especially considering that such blocs would not guarantee winning the same seats in such elections based on a new Election Law amid major political and social changes imposed by the popular protest movement. This will prompt Shiite blocs supporting early elections to pressure both the president and prime minister into using the “right of dissolution” stipulated by the constitution.