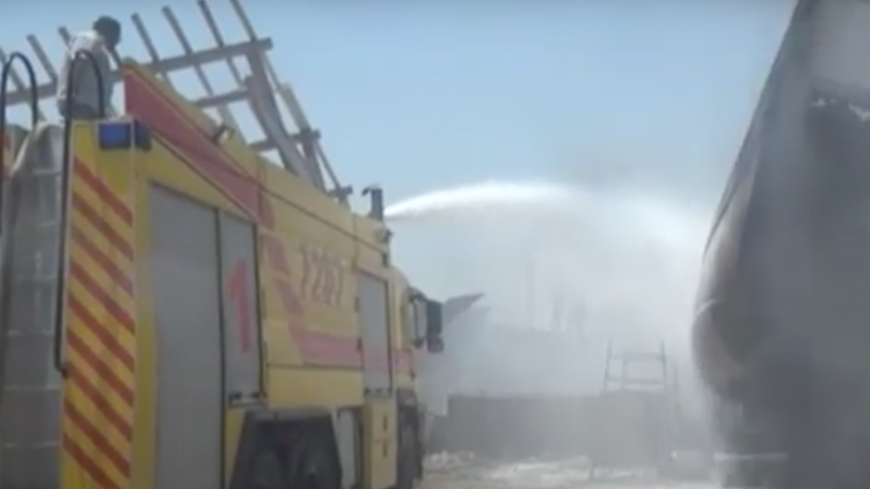 Firemen work to extinguish a blaze at a shipyard in Bushehr, Iran on July 15, 2020. - YOUTUBE/IranAzadi

Pillars of thick smoke billowed over the Delvar Shipyard in Bushehr, the port city home to Iran’s only nuclear power station. A local official told the Tasnim news agency that the cause and the extent of the damage wasn’t yet known. No one was injured in the fire, he said.

Earlier in the day, another fire caused “minor damage” at the South Aluminum Corporation in Lamerd in southern Iran, the semi-official Mehr News Agency reported.

Both incidents come just days after six storage tanks caught on fire at an industrial complex in northeast Iran. The country has witnessed a series of unexplained explosions and fires since late June, with many Iran watchers pointing a finger at Israel and the United States.

The suspicious blasts include a huge explosion at the Parchin military complex in eastern Tehran on June 25 and another days later at a private medical clinic that left 19 people dead.

Iranian officials also confirmed an “incident” occurred on July 2 at the Natanz uranium enrichment facility about 150 miles (240 kilometers) south of the capital. Two intelligence officials told The New York Times that production at the complex, left in “charred ruins” from the fire, could take up to two years to return to its previous capacity.

During his weekly press conference, Foreign Ministry spokesman Abbas Mousavi said that Iran will “respond firmly” to those involved in the Natanz fire.