A spokesman for the Iranian Foreign Ministry said "limited fires" are typical during the summer months. 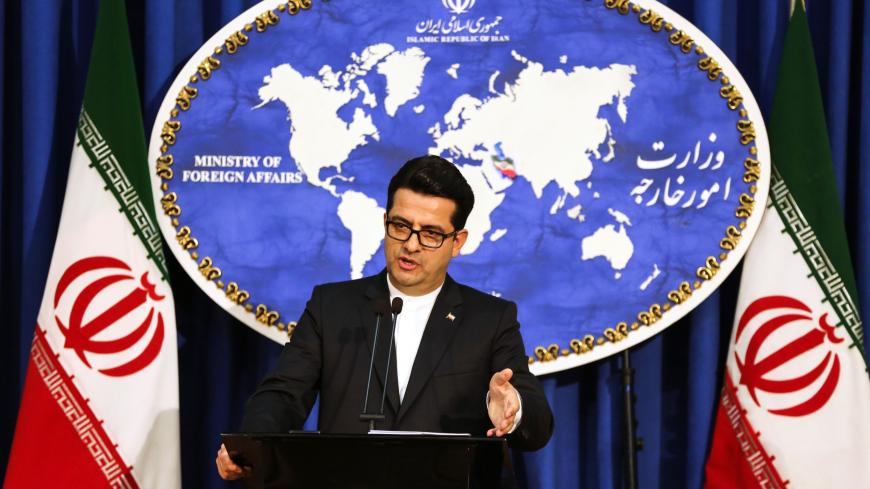 Abbas Mousavi, spokesman for Iran's Foreign Ministry, gives a press conference in the capital, Tehran, on May 28, 2019.

A spokesperson for the Iranian Foreign Ministry accused the United States and other foreign governments of orchestrating daily cyberattacks on his country, but implied the governments were not behind the suspicious string of fires targeting Iran’s military, industrial and nuclear sectors.

During a press conference today, Foreign Ministry spokesman Abbas Mousavi said “limited fires” during this time of year were “neither peculiar nor something happening this year alone."

Iran has witnessed a series of unexplained explosions since late June, which many Iran watchers speculate are the work of Israel. The series of fires include what officials described as “an incident” at the Natanz uranium enrichment facility, a blast at the Parchin military complex in eastern Tehran and a gas explosion that left 19 dead at a private medical center. On Sunday, state news reported an explosion at a power plant in Iran's central Isfahan province.

“The recent fires have had nothing to do with the cyberattacks,” Mousavi said. He said thousands of such attacks are carried out against Iran every day.

“It is very natural to say that from now on, the US government will be the main suspect of any cyberattack waged on Iran, unless it is proven otherwise,” he said.

Mousavi added that Tehran had the right to “appropriate and proportional reciprocal action” in the face of the alleged cyberattacks.