The fire near Tehran, which caused no casualties, is under investigation. 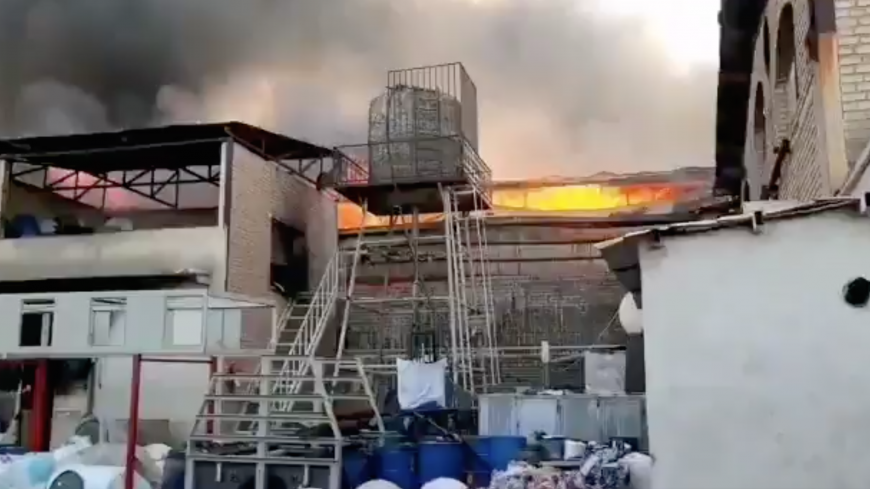 A still from footage of a fire burning in an industrial area of Pardis county on Aug. 4, 2020. - TWITTER/irib

A fire erupted at an Iranian industrial facility this morning, state TV reported, marking the latest in a wave of unexplained blasts at civilian and military sites across the country.

"The fire broke out at the industrial area of the Jajrud district in the Pardis county this morning. ... There were no casualties. ... Firefighters are trying to contain the fire," it said, according to Reuters.

Since late June, Iran has seen an increasing number of mysterious explosions and fires. Incidents include a huge explosion in an industrial gas tank at a military complex developing rockets and ammunition in eastern Tehran on June 25.

Nineteen people died after a gas leak caused an explosion at a private medical clinic north of the capital June 30. A fire that ripped through the Natanz nuclear facility July 2 caused significant damage, which experts say likely set back the country’s uranium enrichment.

Iran watchers speculate that Israel, a longtime adversary of the Islamic Republic, has carried out the blasts in an attempt to sabotage Iran’s nuclear weapons development. Israel’s Defense Minister Benny Gantz stopped short of acknowledging his government’s role, saying only that Israel was not “necessarily” involved in every incident.

A Middle Eastern official, believed to be an Israeli intelligence source, told The New York Times that the Jewish state had used a powerful bomb in the Natanz explosion.