Iran’s judiciary said death penalties against three political prisoners have been upheld while confirming that three other prisoners had been sent to the gallows. 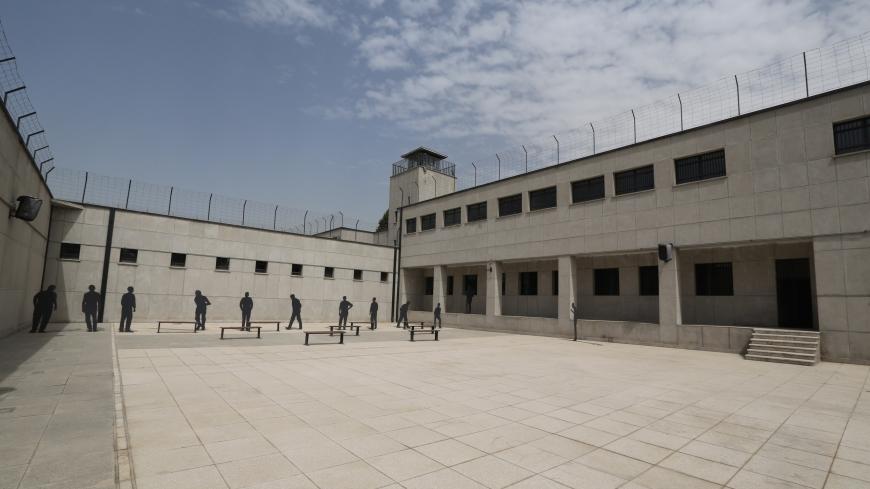 A picture taken on Sept. 2, 2014 in the Iranian capital Tehran shows bronze statues displayed in the courtyard of the "Qasr prison", a former prison hosting political prisoners that was turned into a museum in 2012. - ATTA KENARE/AFP via Getty Images

Spokesman for the Iranian judiciary Gholam-Hossein Esmaeeli had a busy briefing on Tuesday detailing the death penalties of political prisoners including anti-government protesters, a “missile spy” and Kurdish “separatists.”

Esmaeeli confirmed that the execution verdicts earlier handed down to three men — Amir-Hossein Moradi, Mohammad Rajabi and Saeed Tamjidi — involved in anti-government protests last year have now been upheld by the Iranian Supreme Court. In their indictment, the three protesters had been accused of acting as “riot leaders” during mass street rallies that rocked Iran in mid-November after the government announced a contentious fuel price hike. Based on the official account, the state’s ensuing crackdown left at least 200 dead, including many children, while sending thousands more behind bars.

According to human rights organizations, two of the three men had sought refuge in neighboring Turkey following the unrest but were extradited to Tehran by Turkish officials. In his presser, however, the judiciary spokesman offered yet another narrative. “Two of them were arrested at an armed robbery scene. … They had also attempted to kidnap a woman,” he said. It was not immediately clear if the new version was a push to demonize the convicts and soothe the public fury against the verdicts.

“Then videos were recovered from their phones of moments they had set fire on public properties during the [November] protests. … They had captured the best evidence against themselves,” the spokesman added. Still, he hinted at a special law that could leave a last-minute chance for the convicts to be saved from execution. The case of the three protesters — all in their 20s — came under the spotlight earlier this month when their lawyer complained about “unfair proceedings” and the defendants’ lack of access to proper legal assistance.

Retired Defense Ministry employee Reza Asgari was another name brought up at the briefing. Asgari was executed “last week” following a trial over espionage for the CIA. According to the judiciary spokesman, Asgari had “sold” important intelligence on Iran’s controversial missile program to the American spy agency. In a similar case last year, Iran executed another Defense Ministry expert over espionage. “We will never compromise our country’s security. We are firm in our response and we do maintain strict surveillance,” Esmaeeli said in reference to infiltration by foreign intelligence organizations into sensitive Iranian institutions.

In recent weeks, rights activists had also been campaigning to convince Iranian officials to revoke death penalties against two Kurdish political prisoners held in the country’s southwest. The judiciary spokesman confirmed in the same briefing that both have been executed.

Saber Sheikh Abdullah and Diako Rasoulzadeh were found guilty of “waging war against God” through “advocating a Kurdish separatist group” and “involvement” in a bombing in the city of Mahabad. In a statement only hours before the execution, Amnesty International urged the Iranian judiciary to halt the verdicts that were issued following “an extremely unfair trial” and confessions that were “coerced under torture.”