Iran’s judiciary has pardoned dozens of prisoners arrested during last year’s deadly anti-government protests, but thousands more are still behind bars, reportedly facing torture and other forms of mistreatment. 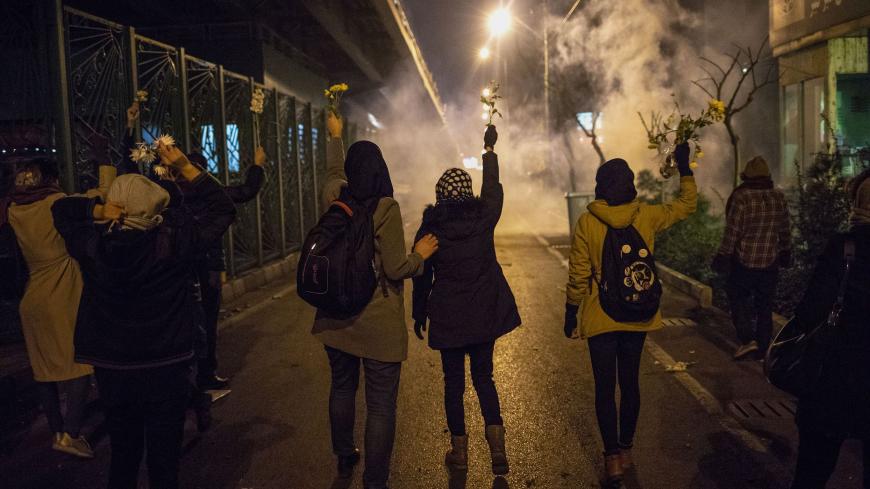 One year after Iran was rattled with deadly unrest over a contentious government fuel subsidy plan, the country’s judiciary said 157 protesters have been released. According to judiciary spokesperson Gholam-Hossein Esmaeili, the pardon was granted by Supreme Leader Ayatollah Ali Khamenei to the “security convicts,” a term Iranian officials apply to most political dissidents and prisoners of conscience.

Every year on different religious occasions, Khamenei issues similar pardons for thousands languishing in Iranian jails. Yet the order has always left out political prisoners. A newspaper run by the Islamic Revolutionary Guard Corps (IRGC) praised the pardon as a sign of “Islamic compassion” on the anniversary of the “riots.”

The IRGC was at the helm of the violent crackdown on last year’s protests, in which at least 220 Iranians were killed in the streets of over 100 cities nationwide. The bodies of many of those killed were buried under tight security, with families barred from holding public mourning ceremonies. In some cases, according to families and local activists, corpses were recovered from rivers and lakes.

The November rallies were triggered by gasoline price hikes introduced by President Hassan Rouhani’s government and approved by the supreme leader. However, with the protests gathering steam, the slogans turned radical, including calls for the overthrow of the Islamic Republic, as many protesters raised demands that had piled up unaddressed over decades.

The 157 pardoned protesters leave behind thousands more who are still held in inhumane conditions and suffer various forms of torture, ranging from lashing and electric shocks to sexual abuse, according to an Amnesty International report.

An unspecified number of those protesters are on death row. The case of three inmates, Amir-Hossein Moradi, Mohammad Rajabi and Saeed Tamjidi, came under the spotlight back in July amid social media campaigns that ultimately forced the Iranian authorities to order a retrial.

Families of the detainees and the victims have also complained about immense pressure from the Islamic Republic’s intelligence apparatus. Pouya Bakhtiari, 28, was shot in the head in the city of Karaj, at a protest he attended along with his mother. The circumstances surrounding his death and his family’s relentless outcries for justice turned Bakhtiari into an icon of dissidence. His parents were imprisoned by the Iranian intelligence forces and held incommunicado for over a month. One of Bakhtiari’s uncles has disappeared and is still unaccounted for.

One year on, despite calls from opposition activists and even from moderate figures within the ruling elite, the Islamic Republic is still refusing to investigate the killings and continued abuse of the detainees. Instead, weeks before the anniversary, the IRGC came up with a fresh project involving “neighborhood security patrols” in the flashpoint cities, a plan widely seen as a precautionary measure aimed at nipping any new protests in the bud.