The House passed legislation today that would force President Donald Trump to slap sanctions on Turkey over its purchase of the Russian S-400 missile defense system. 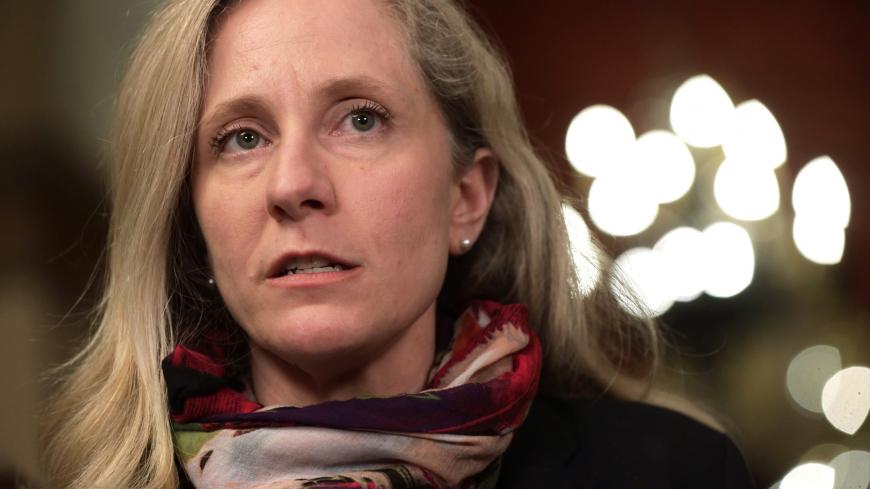 US Rep. Abigail Spanberger, D-Va., speaks to members of the media at the US Capitol, March 13, 2020, in Washington. Rep. Adam Kinzinger, R-Ill., and Spanberger's amendment to sanction Turkey over its purchase of Russian S-400s has been included in the House defense authorization bill, which passed 295-125 on July 21, 2020. - Photo by Alex Wong/Getty Images

The House passed legislation today that would force President Donald Trump to slap sanctions on Turkey over its purchase of the Russian S-400 missile defense system.

“Turkey ignored warnings from NATO members about this arms deal with Russia and accepted their first installment of the Russian-made S-400 missile defense system,” Kinzinger said in a statement upon introducing the legislation last week. “We need to make it very clear that their actions will not be tolerated and will be met with serious consequences. Our legislation does that and makes the actions by Turkey an explicitly sanctionable offense.”

Why it matters: Turkey tested the powerful S-400 radar on US fighter jets last year, stoking fears that Russia could spy on American military hardware. The Trump administration has refused to place legally mandated sanctions on Turkey over the S-400 missiles despite pressure to do so from some of the president’s closest Republican allies in Congress. The 2017 Countering America’s Adversaries Through Sanctions Act (CAATSA) mandates penalties on any country that engages in a “significant transaction” with the Russian defense sector.

“The administration must impose the sanctions required by law in response to Turkey’s acquisition of the S-400, unless and until Turkey takes the steps outlined in this bill to repair the damage this purchase has caused,” said Rep. Mike McCaul of Texas, the top Republican on the Foreign Affairs Committee, who helped draft the Kinzinger amendment.

The Kinzinger amendment reiterates that Turkey’s multibillion-dollar S-400 purchase qualifies as a “significant transaction” under CAATSA and requires the president to sanction Ankara within a month after the defense bill becomes law. However, it also provides Turkey with an off-ramp by authorizing the president to remove the CAATSA sanctions if Ankara gets rid of the S-400 system. Turkey had originally planned to activate the S-400 system in April but has not yet done so, citing the coronavirus pandemic for the delay.

What’s next: Senate Foreign Relations Committee Chairman James Risch, R-Idaho, has introduced a similar amendment to the defense bill in the upper chamber. It remains unclear whether the Senate will add the Turkey sanctions amendment to its version of the bill, but the strong bipartisan support improves the odds that the language will survive compromise negotiations between the two chambers.

Know more: A bipartisan group of senators has also berated the Pentagon for its failure to fully sever F-35 fighter jet ties with Turkey over the S-400 issue, Bryant Harris reports. Additionally, Nilsu Goren and Dalia Dassa Kaye lay out a path forward for the United States and Turkey.