Turkish Defense Minister Hulusi Akar asked US lawmakers today to abandon legislation that would sanction Ankara over its purchase of the Russian S-400 missile defense system that the House passed last week. 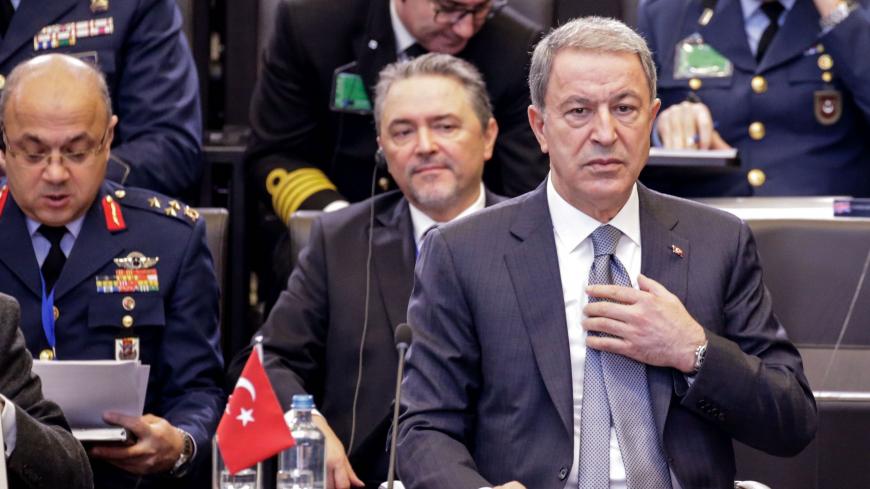 Turkish Defense Minister Hulusi Akar asked US lawmakers today to abandon legislation that would sanction Ankara over its purchase of the Russian S-400 missile defense system that the House passed last week.

“We hope Congress will also act in a way that will strengthen our strategic partnership instead of resorting to the threat of sanctions as a policy toward an ally,” Akar said in a video posted by the Turkish Defense Ministry on Twitter.

Why it matters:  The annual defense authorization bill, which the House passed 295-125 last week, includes a bipartisan provision introduced by Rep. Adam Kinzinger, R-Ill., to slap sanctions on Turkey over the S-400s. The legislation reiterates that Turkey’s multibillion-dollar S-400 purchase qualifies as a “significant transaction” under the 2017 Countering America’s Adversaries Through Sanctions Act (CAATSA), which mandates penalties for any country that engages in a “significant transaction” with the Russian defense sector. The Kinzinger amendment also requires the president to sanction Ankara within a month after the defense bill becomes law.

The Donald Trump administration has refused to place legally mandated sanctions on Turkey over the S-400 missiles despite pressure to do so from some of the president’s closest Republican allies in Congress. However, Kinzinger’s legislation also provides Turkey with an off-ramp by authorizing the president to remove the CAATSA sanctions if Ankara gets rid of the S-400 system.

Turkey tested the powerful S-400 radar on US fighter jets last year, stoking fears that Russia could spy on American military hardware. Ankara had originally planned to fully activate the S-400 system in April but has not yet done so, citing the coronavirus pandemic as the cause of the delay.

What’s next:  Turkey’s pleas to Congress last year to halt other legislation targeting Ankara fell upon deaf ears. Congress passed a law to lift the US arms embargo on Cyprus as well as two separate resolutions to recognize the Armenian Genocide despite protests from Turkish Ambassador Serdar Kilic.

The Senate’s version of the defense bill, which passed 86-14 last week, does not include a similar Turkey sanctions provision. But the overwhelming bipartisan support for the measure greatly increases the odds that the House’s sanctions provision will survive as the two chambers negotiate a compromise bill.