President Recep Tayyip Erdogan has vowed that Turkey will receive the first shipment of the S-400 missile defense system from Russia next week. 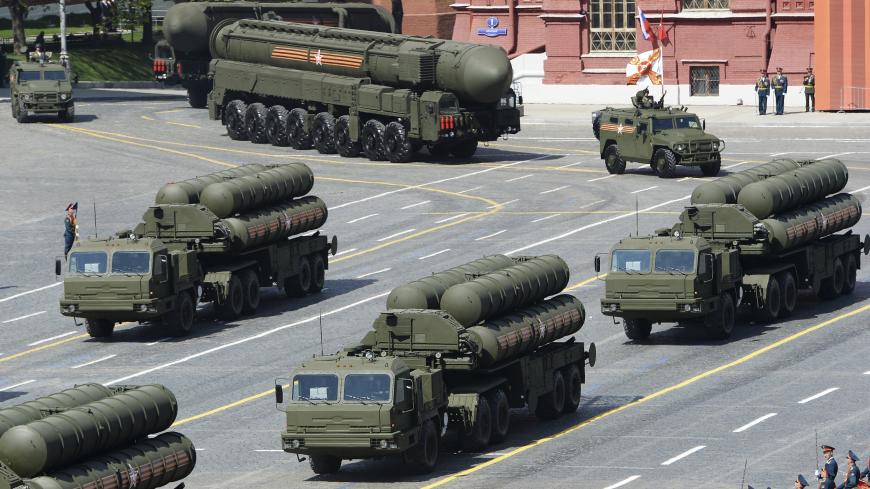 President Recep Tayyip Erdogan has vowed that Turkey will receive the first shipment of the S-400 missile defense system from Russia next week. The State Department and Capitol Hill have repeatedly warned Ankara that doing so would trigger mandatory sanctions under a 2017 law. But it’s unclear when exactly the sanctions would hit Ankara, and Washington may be gearing up to delay their implementation as long as possible as it seeks an offramp to salvage the troubled alliance.

Why it matters:  While next week’s initial delivery brings Turkey closer to the risk of US sanctions, the Donald Trump administration may believe it has the flexibility to hold off on penalizing its NATO ally until the end of the year. Trump himself ignored a question on whether the United States would sanction Turkey over the purchase, as required by law.

Sen. Lindsey Graham, R-S.C., a key Trump ally on Capitol Hill and member of the congressional Turkey Caucus, dismissed Erdogan’s subsequent claims that Trump would find a way out of the sanctions, noting that the 2017 law would make that “impossible” should Ankara receive the $2.5 billion missile system. However, he noted that Turkey would not trigger the sanctions until it “activates” the S-400 system — which is unlikely to happen before October.

Aaron Stein, the director of the Foreign Policy Research Institute’s Middle East program, noted that Russia only began training Turkish soldiers to use the S-400 system in May — a process that takes approximately five months.  And Turkish Defense Minister Hulusi Akar has insisted since last year that Turkey will not begin installing the system until October.

“What they mean by acquisition is that some of these components, some elements of the S-400 — its truck-mounted system with the radars and missiles — will begin to show up in July,” Stein told Al-Monitor.

Stein suggested that the Trump administration and lawmakers may want to hold the sanctions off as long as possible “to give the administration time to talk Turkey out of this.”

CAATSA: The 2017 Countering America’s Adversaries through Sanctions Act (CAATSA) mandates sanctions on any country that “engages in a significant transaction” with the Russian defense and intelligence sector. But Ankara has already paid for much of the system and Erdogan reaffirmed as recently as May that Turkey continues to pay Russia, raising questions as to whether the Trump administration should already have implemented the sanctions.

“The law wasn’t very clear,” said Stein. “All of the true experts really dislike CAATSA and feel it is a terrible piece of legislation, mainly because it’s so vague and interpretation is so difficult. Turkey is the first case study.”

Just how bad are these sanctions anyway? Under CAATSA, the Trump administration must choose five options from a menu of 12 sanctions to place on Turkey. These range in severity and include cutting Turkey off from US loans and international lending streams, shutting Ankara out of transactions on foreign exchanges, sanctions on Turkish banks, businesses and executives as well as property and investment bans.

What’s next? While Erdogan may still hold out hope his US counterpart will use CAATSA’s waiver or suspension authority, Trump seems to have little legal latitude to do so.  As Al-Monitor reported in April, Congress included the waiver authority for countries in Asia winding down their longstanding defense ties with Russia — not for NATO allies who are ramping up defense cooperation with Moscow. Turkey has also expressed interest in purchasing Su-57 fighter jet from Russia and co-producing the S-500 missile defense system with Moscow.