US sanctions on Turkey 'inevitable' after apparent S-400 radar test

US officials are expected to impose sanctions on Turkey following reports that Turkey is testing its Russian S-400 radars in Ankara. 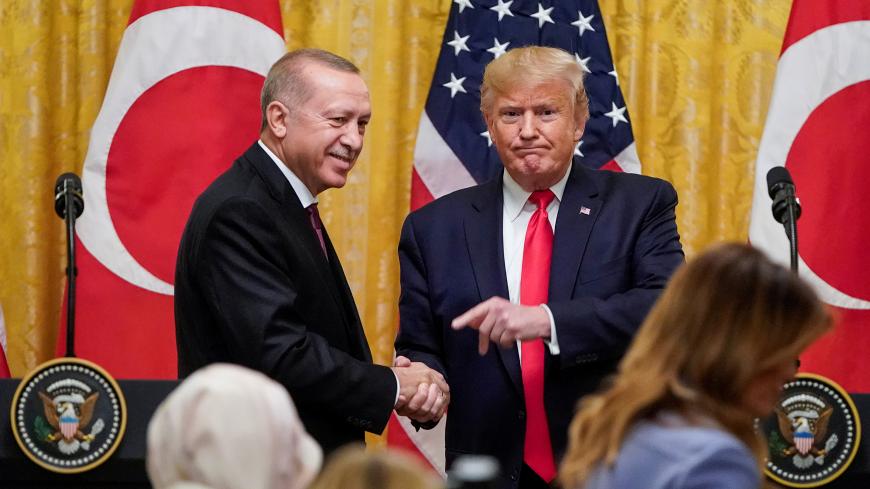 The scene gave rise to speculation over whether the S-400s had been activated — a move that US officials have long threatened would trigger sanctions on Turkey. An unnamed Turkish defense official later confirmed the tests had taken place while speaking to Bloomberg News, and now Turkey observers expect lawmakers in Washington to punish Ankara for actions they say threaten NATO security systems.

The developments come less than two weeks after Turkish President Recep Tayyip Erdogan met with his American counterpart Donald Trump in the White House during an effort to ameliorate strained relations between the NATO allies. Though the two leaders have expressed an affinity for one another and Trump has so far shielded Ankara from repercussions following its S-400 purchase — as required under the Countering America's Adversaries Through Sanctions Act (CAATSA) — members of Congress have introduced a multitude of sanctions packages that may soon be unleashed on Turkey.

Ozgur Unluhisarcikli, director of the German Marshall Fund in Ankara, said US sanctions on Turkey were “inevitable” after the radar tests.

“What President Erdogan managed to halt when he was in Washington will be reactivated,” Unluhisarcikli told Al-Monitor. “Turkey will be sanctioned and I don’t believe it will be limited to the CAATSA sanctions. Once the genie is out of the bottle, I don’t know where the US Congress will stop.”

Among the proposed sanctions packages are penalties on Turkish officials and the nation’s banking and energy sectors, as well as prohibitions on US purchases of Turkish sovereign debt. Some legislation would also require the US Treasury Department to estimate the personal wealth of Erdogan and his family members, while separate sanctions on Turkey’s state-owned HalkBank may also be enacted over the institution’s involvement in a scheme that helped Iranian entities skirt US sanctions on Tehran’s nuclear program.

Ankara acquired the first shipments of Russian-made S-400 components this summer, a move that led to Turkey’s suspension from the F-35 joint strike fighter program. US officials have said the simultaneous operation of both Russian and NATO systems could compromise security features in the F-35 warplane and blocked the transfer of 100 next-generation fighter jets Ankara had already purchased. The Turkish defense industry will also be denied production contracts for F-35 components, losing an estimated $9 billion in future orders.

Responding to questions over the radar test on Monday, Erdogan told reporters, “This is an issue that is related to NATO. There is nothing about using or not using them … There are steps that need to be taken within NATO rules. Our colleagues will do the work.”

The Turkish leader later told national broadcaster NTV he would continue seeking resolutions for the S-400 dispute with US officials until April 2020, when the missile system is expected go online.

For the time being, Turkish military personnel are being trained in Russia to operate the system, said Aaron Stein, director of the Middle East program at the Foreign Policy Research Institute.

“The way to get out from underneath CAATSA is to show that you’re trying to deleverage yourself of Russian kit,” Stein told Al-Monitor. “Some of the eastern countries in NATO, like Bulgaria, Estonia, Latvia — there’s programs in place for them to use US-allocated funds to begin to wean off Russian stuff. Turkey is going exactly the opposite direction.”

Negotiations continue between American and Turkish officials over proposals for Ankara to ditch S-400s for US-made Patriot missiles, but Erdogan has repeated his intention to retain the Russian equipment, which was purchased in 2017 for $2.5 billion.

On Tuesday, the RIA Novosti news agency published reports Turkey and Russia will sign a new arms contract in 2020 that will extend beyond the S-400 missiles and may include co-production and technology-sharing agreements Ankara has sought in effort to bolster its domestic defense industry.

The news comes as Turkish leaders have expressed interest in purchasing Russian Su-35 fighter jets to substitute the F-35s as the Turkish air force remains with an aging fleet of F-16 and older NATO aircrafts. The Turkish defense industry is also working to build its first domestically produced fighter jet, the TF-X, but Stein said initial production tests are at least a decade away.

“[Turkey] is going to need a fighter jet, so you have a clear pathway towards Su-35 and S-400 within the next 10 years in Turkey,” Stein told Al-Monitor. “That’s not good.”

As a result, US officials who had been hesitant to impose sanctions on Turkey out of fear such measures would only push Ankara further out of the NATO orbit may now move to pass legislation with bipartisan support on Capitol Hill.

In October, the US House of Representatives overwhelming passed a sanctions package on Turkey, but the measure stalled after Senate majority leader Mitch McConnell expressed doubt that punishing Turkey would achieve productive outcomes.

Now, as discussions of sanctions packages are renewed in Washington, Erdogan may have little room to maneuver, said Kerim Has, a Moscow-based analyst on Turkish-Russian relations.

“Erdogan will not be able to withdraw from [the S-400] agreement in the following months,” Has told Al-Monitor, noting the Turkish leader faces pressure to stay the course from nationalist allies in parliament and may face swift repercussions from Moscow.

Still, Has also noted Ankara’s current strategy to diversify its weapons acquisition network could provide some benefits for Erdogan.

“Erdogan must seek support from the Russian side to maintain his power in Turkey because if he is 100% dependent on Western countries … [and] if there are protests, for example, or the economic crisis deepens and so on, it would be difficult for Erdogan” to proceed without international allies, Has told Al-Monitor.