Intel: US doubles down on Turkey S-400 sanctions threats

The Donald Trump administration has doubled down on threats to sanction Turkey should it activate the Russian S-400 missile defense system. 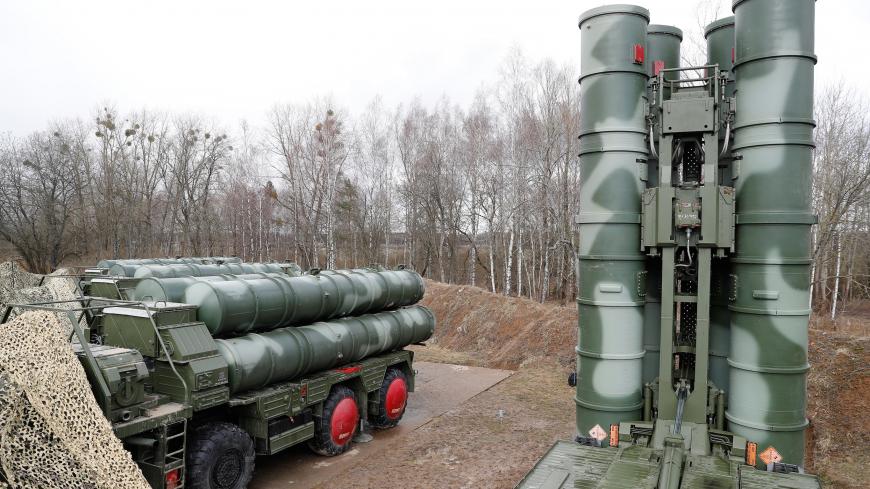 A view shows a new S-400 "Triumph" surface-to-air missile system after its deployment at a military base outside the town of Gvardeysk near Kaliningrad, Russia March 11, 2019. - REUTERS/Vitaly Nevar

The Donald Trump administration doubled down on Thursday on threats to sanction Turkey should it activate the Russian S-400 missile defense system.

“We made our position quite explicit to President [Recep Tayyip] Erdogan, to all the senior leadership of Turkey, and that is the operation of the S-400 system … exposes Turkey to the very significant possibility of congressional sanctions, both those that invoke the [Countering America’s Adversaries Through Sanctions Act] legislation and additional freestanding legislative sanctions,” David Satterfield, the US envoy in Ankara, told an online panel hosted by the Atlantic Council.

Satterfield added, “We do not have in our possession the assurances from the government of Turkey that would allow us to mitigate those concerns.”

Why it matters:  Turkey had initially planned to activate the S-400 system in April, but on Thursday Erdogan’s spokesman Ibrahim Kalin attributed the delay to the coronavirus pandemic rather than US sanctions threats.

Congress passed the Countering America’s Adversaries Through Sanctions Act in 2017, which requires the Trump administration to sanction any country that makes “significant transactions” with the Russian defense sector. (Turkey has already paid Ankara for a significant portion of the multi-billion-dollar missile system). Despite bipartisan pressure to implement the legally mandated sanctions from Congress, the administration has gradually moved the goal posts on implementation and now maintains that full operationalization will trigger the penalties. Ankara has already activated the powerful S-400 radar system to test on American-made fighter jets, raising concerns that Russia can spy on sophisticated US military equipment.

What’s next:  Nonetheless, Satterfield’s reference to “additional freestanding legislative sanctions” may give Ankara cause to think twice before fully implementing the S-400 system. The House passed a broader Turkey sanctions package 403-16 last year after Erdogan launched his offensive against the Syrian Kurds. Senate Majority Leader Mitch McConnell, R-Ky., has refused to put the bill up for a vote in the upper chamber. But if the Trump administration changes its tune and backs the sweeping sanctions legislation, McConnell would likely reconsider.

Know more:  Diego Cupolo examines how Turkey’s delay in fully activating the S-400 and the Trump administration’s refusal to impose sanctions so far could give Ankara and Washington an opening to start repairing their damaged relationship.