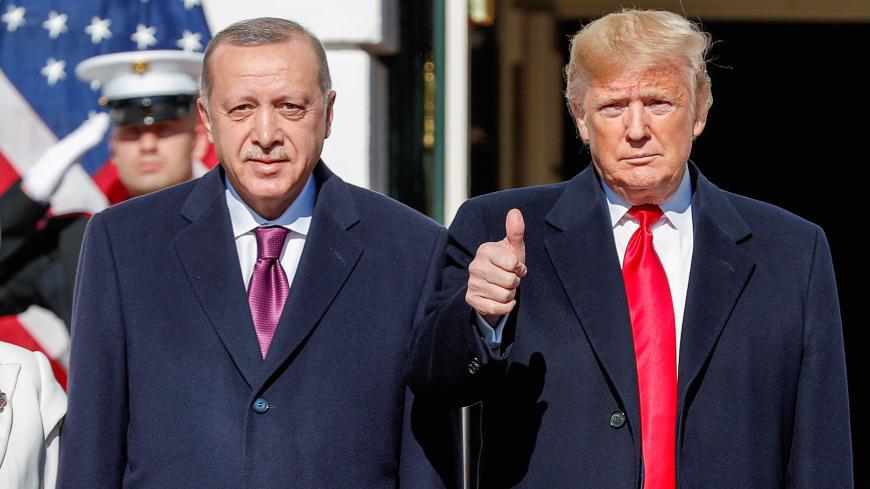 A personal letter from President Recep Tayyip Erdogan was delivered today to his counterpart Donald Trump as part of Turkey’s COVID-19 relief package for the United States.

“I hope that in the upcoming period, with the spirit of solidarity we have displayed during the pandemic, Congress and the US media will better understand the strategic importance of our relations,” Erdogan wrote in the letter, released today.

Why it matters: Turkey has used personal protective equipment exports to 55 countries as part of a diplomatic charm offensive while it seeks to cope with more than 118,000 coronavirus cases of its own. The US Embassy in Turkey praised the shipment, which includes more than 500,000 masks, 4,000 overalls, 2,000 liters (528 gallons) of disinfectant, 1,500 goggles and 500 face shields.

However, Congress has taken a more antagonistic approach than Trump in the face of myriad challenges between the two NATO allies.

The US president has so far refused to implement legally mandated sanctions on Ankara for purchasing the Russian S-400 missile defense system. But the House overwhelmingly passed a broad Turkey sanctions bill 403-16 after Trump’s withdrawal of US forces at the Turkish-Syrian border paved the way for Erdogan’s offensive against the Syrian Kurds last year. Senate Majority Leader Mitch McConnell, R-Ky., has refused to put the sanctions bill on the floor, but Congress did pass legislation in December to lift the Cyprus arms embargo — a move vociferously opposed by Turkey. And for the first time in US history, both chambers passed resolutions last year recognizing the Ottoman Empire’s massacre of more than 1 million Armenians beginning in 1915 as a genocide.

What’s next: Earlier this month, Turkey once again postponed activating the Russian S-400 system. The timing coincides with Ankara’s request to organize a currency swap with the US Federal Reserve.