European Union stiffens tone against Turkey, but calls for dialogue

European diplomats consider the decision of Turkish President Recep Tayyip Erdogan on the Hagia Sophia to be a provocation aimed at escalating tensions between Ankara and Brussels. 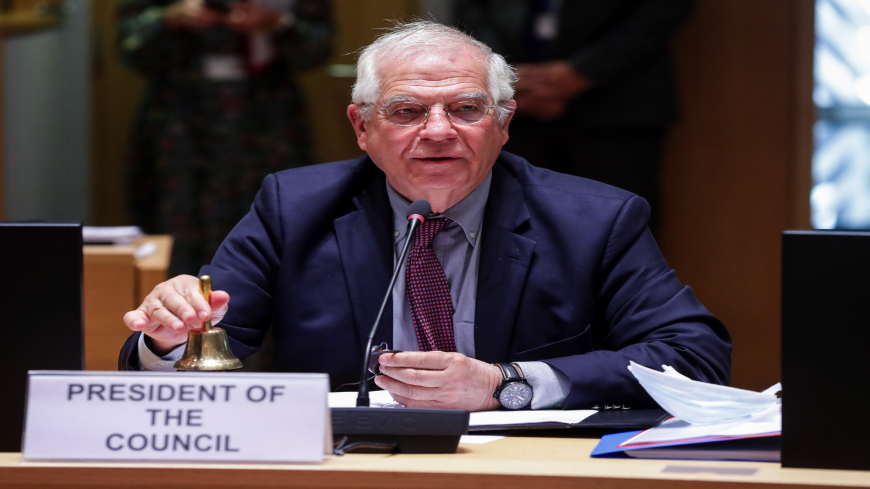 Escalating ties with Turkey was the No. 1 issue at the July monthly meeting of European Union foreign ministers. Meeting in Brussels face-to-face for the first time since the coronavirus pandemic began, the ministers tried to balance harsh criticism against Ankara with keeping the door for dialogue open.

"Turkey is an important country for the EU with whom we would wish to see our relations strengthened and developing. This should be done in respect of EU values, principles and interests. At the same time, there are worrying developments, in particular in the eastern Mediterranean and regarding Libya, that affect the EU’s interests," said the EU’s High Representative for Foreign Affairs Josep Borrell on July 13.

As far as the EU is concerned, the Turkish file includes several issues, including Turkey’s increasing involvement in Libya, its involvement in Syria, its attitude on migration, its threats on freedom of press and speech, and now also the Hagia Sophia.

Already on July 10, French Foreign Minister Jean-Yves Le Drian criticized strongly the decision taken by Turkish President Recep Tayyip Erdogan to change the status of the Hagia Sophia from museum to mosque. Drian said, "These decisions undermine one of the most symbolic acts of modern, secular Turkey. The integrity of this religious, architectural and historical jewel — a symbol of religious freedom, tolerance and diversity included on UNESCO’s World Heritage List — must be protected. Hagia Sophia must continue to represent the plurality and diversity of religious heritage, dialogue and tolerance."

France has in recent months become one of Turkey’s staunchest opponents over Libya. Speaking on July 13, and contrary to the more diplomatic language deployed in the ministers’ final statement, the spokesperson of the French Foreign Ministry didn’t mince his words. "At France’s request, the ministers held a deep and no-taboo discussion. With our partners, we have realized that the relation with Turkey has become difficult over the unilateral actions taken by it, especially in Libya and Syria, generating great concerns over international law,’’ said the spokesperson, adding, "The ministers expressed great unity over the necessity to receive clarifications from Ankara over respecting the sovereignty of European states (Greece, Cyprus) and the engagement taken at the Libya Berlin conference — especially concerning respecting the arms embargo decided by the United Nations.’’

Turkey has been supporting for years now the UN-backed government in Tripoli against the forces of Gen. Khalifa Hifter. Officially, France is also supporting the Tripoli government, though it did support in the past Hifter’s campaign against Jihadist groups. But it was when Turkey began deepening its involvement in Libya and encouraging military confrontations that France became agitated.

On June 10, a serious incident occurred off the Libyan coast involving Turkish military vessels and the French frigate Courbet. Paris accused Ankara of targeting the French warship, raising questions over Ankara infringing on the UN’s arms embargo — a claim that Ankara categorically denied. Be that as it may, the Libya crisis now confronts NATO allies, which is of great concern to Brussels. Escalating even further tensions within NATO, Turkey has recently sent ships and equipment to drill for gas in an area of the Mediterranean Sea where Cyprus says it has exclusive rights.

European diplomats told Al-Monitor that Brussels considers the Hagia Sophia decision a clear provocation on the part of Erdogan, targeting the West in general and the EU in particular. It will certainly not help in striving for a political solution in Libya or in rehabilitating European ties with Ankara, they say.