The Qatari Diar Company managed to open the St. Regis Hotel on the banks of the Nile River in Cairo, but the future of Qatari investments in the Egyptian market seems to be marred by tensions between the two countries. 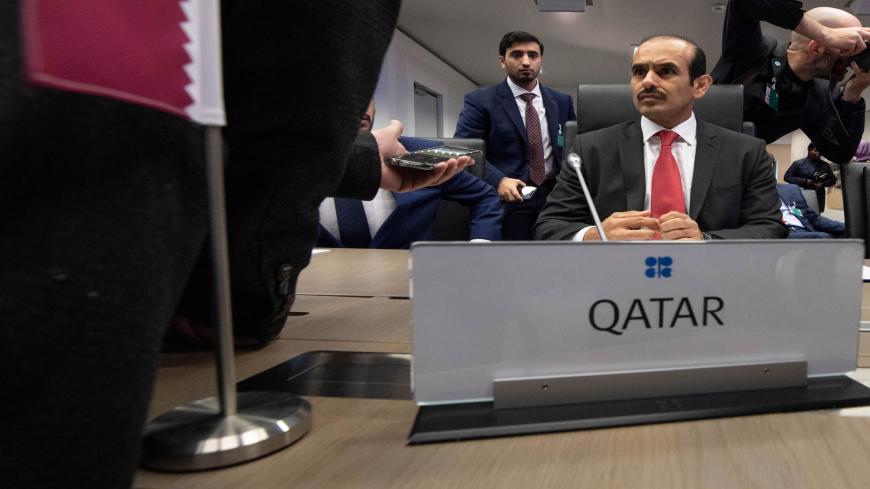 In late June, the St. Regis Hotel, owned by the Qatari Diar Company, opened its doors on the Nile Corniche in Cairo to guests, 12 years after the Qatari company had acquired the land of the project.

According to the Egyptian Al-Borsa newspaper, Qatari Diar, a company affiliated with the state-owned Qatar Investment Authority, had obtained an operating license for the hotel at the beginning of this year.

According to the website of the global Marriott Group, which manages the hotel, the new hotel consists of 36 floors, 312 rooms, 50 suites and 23 meeting rooms.

The project, located in the heart of the Egyptian capital on the banks of the Nile River, cost $1.3 billion and stretches over an area of ​​9,360 square meters (2.3 acres).

In addition to the hotel, the project includes two residential towers that the Qatari company hopes to start operating once the safety and civil protection requirements imposed by the Cairo governorate are met. The failure to meet these requirements was one of the reasons behind the delay in the execution of the project for years, Mohamed Tariq, executive vice president of the global Consolidated Contractors Company, which is the main contractor of the project, told the Egyptian Al-Shorouk newspaper in May.

The hotel opening, which the Qatari company had planned for March 2018, was postponed for administrative reasons. But press reports claim that the reason was the stumbling of Qatari investment projects in Egypt against the backdrop of tensions between the two countries since the Egyptian army’s overthrow in 2013 of late President Mohammed Morsi, who was affiliated with the Muslim Brotherhood, which Egypt later classified as a terrorist organization.

Although Qatar denied having any ties to the Muslim Brotherhood, Doha hosts Egyptian members of the Brotherhood wanted in Cairo on terrorism charges.

Tensions further peaked between the two countries after Egypt, Saudi Arabia, the United Arab Emirates (UAE) and Bahrain announced their boycott of Qatar in June 2017, and accused the country of maintaining relations with Iran and supporting extremists and terrorist groups. Qatar denied such accusations.

The four countries tried to economically pressure Qatar into changing its stances, which they think pose a threat to their national security.

Egyptian economist Rashad Abdo ruled out that Egypt had tightened the noose on Qatari investments in light of the diplomatic crisis between the two countries. He told Al-Monitor that Egypt is an open country that welcomes all investments regardless of their origin.

Abdo gave an example of the Egyptian administration’s capability to separate political tensions from economic matters, by saying, “Despite our differences with Turkey, Turkish investments are still operating in the Egyptian market amid an ongoing trade exchange between the two countries … and the same applies to Qatari investments as long as they do not deviate from their economic goals.”

Qatar ranks ninth among the countries investing in Egypt out of 229 companies with investments valued at 2.2 billion Egyptian pounds (about $138 million), according to the latest statistics released by the state-owned Egyptian General Authority for Investment and Free Zones in May 2019, but it is unclear whether there have been companies that left the Egyptian market since that time.

The Qatari investments in Egypt mainly focus on the services, industry and agriculture sectors.

Robert Mogielnicki, a resident scholar at the Arab Gulf States Institute in Washington, told Al-Monitor by email that political and diplomatic disputes between Middle Eastern and North African countries do not always negatively affect economic relations. “Trade, investment and the influx of people between countries with political tensions can move in surprising and different directions,” he wrote.

But Mogielnicki believes that tensions between Qatar and Egypt are deep, making it extremely difficult to foster an environment of economic cooperation. “Saudi Arabia and the UAE are currently portraying themselves as more visible economic partners for Egypt than the Gulf region,” he continued.

He did not expect Qatar to shut down its investment in Egypt, and said if Qatari-owned companies did not leave Egypt in the wake of the 2017 crisis, then there is no reason for them to leave the country now.

The Qatari Diar Company has huge investments in Egypt. The company is working on a tourist resort project in Sharm el-Sheikh stretching over an area of ​​300,000 square meters (74 acres), and it hopes to complete the project by the end of 2021, which is the deadline set by the Egyptian government given the delay in the completion of the project.

However, the future of the Hurghada Tourist City project, the company’s largest investment in Egypt covering an area of ​​30 million square meters (7,400 acres), is still shrouded in mystery. This comes at a time when the company is burdened with fines estimated at 13 billion Egyptian pounds (about $813 million) due to the delay in the execution of its projects as well as some other administrative violations.

Also, the Qatari Diar Company entered into a yearslong legal dispute with the Urban Communities Authority affiliated with the Ministry of Housing regarding the City Gate project in New Cairo. The dispute prompted the Qatari Diar Company to consider a deal worth more than $600 million, whereby Egyptian businessman Naguib Sawiris would acquire the largest shares in the project, providing him with the ruling quota. However, the deal is yet to be finalized.

Meanwhile, the Qatari company is seeking to resume work on the City Gate project after the State Council’s Administrative Court issued July 20 a ruling to revoke the request of the Urban Communities Authority to impose a 1.3 billion Egyptian pound fine ($81.3 million) over what it called the company’s plan to change its ownership’s structure.

The Qatar Petroleum contribution amounts to more than $362 million, which is 27.9% of the total volume of the Egyptian Refining Company’s investments, estimated at $4.3 billion.

Yet still, Qatar’s energy investments in Egypt are working out. In November 2019, Qatar Petroleum announced the success of the refinery project of the Egyptian Refining Company in Musturad in the north of Cairo, which is its largest energy investment in an Arab country and in Africa.

Qatar Petroleum took part in this project in 2012, and it was executed at a cost of about $4.4 billion to process and refine about 4.7 million tons of heavy oil deposits per year.

Mogielnicki said that Egypt does not currently seem to be the main investment focus of Qatar as Qatar’s foreign direct investments seem to be channeled toward other major countries in the region such as Turkey.

“For Qatari companies and investors, Egypt will remain a tough site for investments and operations in the foreseeable future,” he concluded.