Some Egyptians have been calling for the government to seize Turkish and Qatari assets, but so far that hasn't seemed to sour foreigners on Egypt's investment offerings. 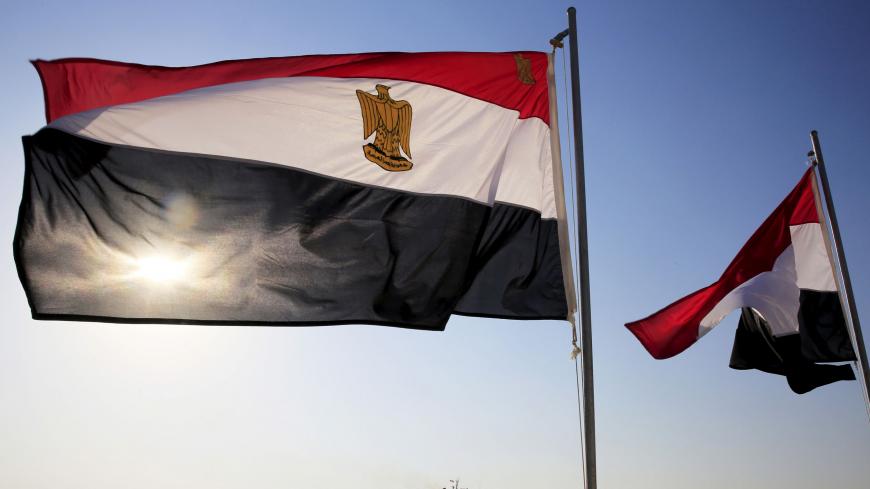 CAIRO — Egypt has so far managed to keep its economic interests away from its foreign political disputes. Mostly.

The head of the Union of Chambers and Commodity Exchanges of Turkey, Rifat Hisarcıklıoglu, visited Cairo March 5 for Egypt’s fourth Investment Forum under the slogan “Together for Africa.” The forum presents investment opportunities in Africa, including Egypt. On the same day, the Turkish Ministry of Agriculture announced it was ready to import 13,000 tons of Egyptian onions for private traders and government outlets in Turkey.

Cairo's relations with Qatar and Turkey have been marred by tension for years. The Egyptian army overthrew Muslim Brotherhood-affiliated President Mohammed Morsi in 2013 and labels the group a terrorist organization. Yet Turkey and Qatar consider the Brotherhood peaceful and claim the 2013 revolution was a military coup. Turkey and Qatar are hosting Egyptian members of the Muslim Brotherhood wanted in Cairo on terrorism charges.

On June 5, 2017, Saudi Arabia, the United Arab Emirates, Egypt and Bahrain severed ties with Qatar. The four nations accused Qatar of maintaining ties with Iran and supporting extremists and terrorist groups. Qatar denied all accusations. To this date, the four nations maintain a trade boycott against Qatar. Turkey has been one of its few real allies.

This year, an Egyptian nongovernmental organization (NGO) launched a global campaign called “Martyr’s Right” to prosecute Qatar and Turkey for allegedly supporting and financing terrorist groups since 2011. That NGO, United National Organization for Human Rights headed by Mohamed Abdel Naeem, filed a complaint Feb. 24 to Egyptian Attorney General Nabil Sadeq. It demanded that Egypt freeze Qatari and Turkish assets, whether the assets are owned directly by the two countries or by any Qatari and Turkish national. The complaint also called for using these assets to pay fair compensation to Egyptian victims of terrorist operations.

However, Mahmoud Kbeish, former dean of the law school at Cairo University, told Al-Monitor, “No person or entity may be charged or punished on the basis of its nationality. This is tantamount to discrimination. It is only permissible to seize the foreign or national funds and assets aimed to support terrorism or arising from terrorist crimes based on the investigation of each terrorist crime and not on the nationality of investors.”

He argued that even if the NGO is entitled to compensation from the Turkish and Qatari governments, it must claim such compensation through international courts, not by freezing investments of Qatar or Turkey. Kbeish explained, “A state property is owned by the people of this state. It is only managed by its government and not owned by it.”

Mustafa Atwa, an economics professor at Mansoura University, told Al-Monitor, “Commercial and economic matters should be separated from political conflicts between countries. The legal proceedings calling for the confiscation of Qatari and Turkish assets harm Egypt's image and the future of investing in it. Any investor would fear to invest in Egypt because he could see his assets confiscated within the scope of a political dispute with his state of nationality.”

Atwa believes Sadeq will probably dismiss the complaint for lacking logic and reasonableness. “Such complaints are a naive tool used by some human rights organizations to push Turkish and Qatari investors to pressure their governments to stop criticizing Egyptian policies,” he said, adding, “These complaints, although lacking seriousness, give an impression that the investment climate in Egypt is unsafe. Regional and international newspapers noted that several Qatari companies have been recently harassed and decided to freeze their activities in Egypt.”

The New Urban Communities Authority (NUCA) at the Egyptian Ministry of Housing allocates land to investors for development. Since 2014, NUCA has been asking Egypt's judiciary and the Administrative Control Authority to help it recover 2,000 acres allocated to Qatari Diar, a real estate development and investment company, for the firm's Citygate project in Cairo.

NUCA claims Qatari Diar failed to comply with timetables for the development. The authority claims that from 2009 to 2018, Qatari Diar completed merely 5% of the project. NUCA's legal case against the company remains pending before Egyptian courts. Months after the Qatar diplomatic crisis started in June 2017, Qatari Diar froze its investments in Egypt.

In another case, the Egyptian Supreme Administrative Court at the State Council rejected in January 2018 an action sought by a Qatari state-owned firm: named Doha Co. for the Reclamation and Cultivation of Desert Lands. The company was seeking to retain 1,250 acres of land it had acquired in 2000, but the court held that Doha Co. committed fraud and manipulated Egypt’s share of well water from the land.

Trade between Egypt and Qatar declined by 27% during 2017. The Trade Map website, which claims to have the largest database for international trade, recorded a drop in Qatari imports to Egypt to $1.371 billion in 2017 from $1.553 billion in 2016. Egyptian exports to Qatar also stopped completely in 2017 after reaching $325 million in 2016.

Al-Monitor also talked with Al-Sadat Academy economics professor Ihab Desouki. According to Desouki, the Egyptian market's image won't suffer because of the demands to confiscate Qatari and Turkish assets or the allegations that Egypt is restricting Qatari investors.

“The investment or trade exchange disputes with some Qatari companies are a result of noncompliance by these companies and not because of restrictions imposed by Egypt,” he said. “This is evidenced by the fact that there are more than 200 Qatari companies still investing in Egypt. Add to this the growth of Turkish investments in Egypt and Turkish-Egyptian bilateral trade.”

In 2017, total Qatari investments in Egypt stood at about $1.105 billion through 210 companies, according to Egypt’s General Authority for Investment. These investments include, most notably, those of Qatar National Bank and Qatari Sheikh Mohammed bin Suhaim Al Thani, a member of the Qatari royal family. The sheikh owns a large number of shares in Egyptian Steel, Citadel Capital, Naeem Holding and State Holding. So far, there is no news of him leaving the Egyptian market.

In spite of political tensions during 2018, trade between Egypt and Turkey increased by 12%. Turkish imports to Egypt in 2018 reached about $3 billion, up from $2.36 billion in 2017, despite Egypt’s continued anti-dumping fees on imports of reinforced steel to protect the national rebar industry. Egyptian exports to Turkey reached about $2.19 billion in 2018, up from $1.997 billion in 2017.

The latest Turkish investments planned in Egypt consist of a major Turkish industrial city on Egyptian soil. The Turkish-Egyptian Businessmen Association announced the project in June, saying it will provide more than 1 million job opportunities for Egyptians.