Ethiopia's controversial dam on the Nile River has reportedly already met its first-year filling target despite the ongoing disagreements with Egypt and Sudan over its impacts on countries further down the Nile. 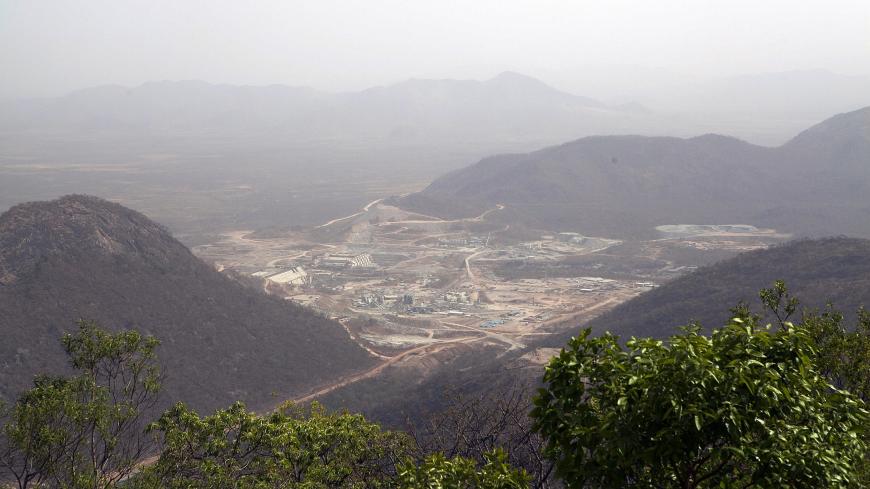 A photo taken on March 31, 2015, shows the Grand Ethiopian Renaissance Dam under construction near the Sudanese-Ethiopia border. - ZACHARIAS ABUBEKER/AFP via Getty Images

CAIRO — On July 21, the Ethiopian government announced the first-year target for filling the Grand Ethiopian Renaissance Dam (GERD) has already been reached with 4.9 billion cubic meters estimated to have been stored, according to Ethiopian Water Minister Seleshi Bekele. Ethiopian Prime Minister Abiy Ahmed explained that increased precipitation was responsible. Meanwhile, Sudan said water levels at al-Deim border station with Ethiopia had declined because the GERD’s gates were shut.

Ahmed tweeted, “I appreciate the mutual understanding with the Sudanese Prime Minister and the Egyptian President on continuing technical discussions on filling the Renaissance Dam.”

A mini African Union summit followed the latest tripartite talks between Egypt, Sudan and Ethiopia on the Nile dam dispute and again failed to yield any results.

The rainy season in Ethiopia between July and September feeds the Blue Nile River, the source of 80-85% of the water flowing to the Nile River. The GERD, built on the Blue Nile, threatens Egypt's water quota of 55.5 billion cubic meters and shrink ​​agricultural lands, undermining Egypt's fragile food security.

A study published in the British Journal of Applied Sciences and Technology and conducted by researchers Fahmy Abdel Halim of the Faculty of Engineering at Benha University and Essam Hilal of the Faculty of Engineering at University of Menoufia found that “the maximum allowable reduction in Egypt's water share should not be more than 5-15%.” It also noted that the area of ​​agricultural lands in Egypt is likely to decrease by up to 46% due to the GERD.

Egyptian Minister of Irrigation Mohamed Abdel-Aty said in a July 15 press statement that Egypt does not receive an appropriate share of the Nile's water, saying Egyptians are concentrated along the river because of water scarcity, unlike the other Nile Basin countries. He stressed that the Ministries of Irrigation and Agriculture are cooperating to manage water consumption and raise efficiency.

Abdel-Aty said in a previous press statement Sept. 9, 2019, that even a 2% decrease of Egypt's water share will make 200,000 feddans (more than 200,000 acres) of farmland unarable and jeopardize Egyptian food security.

Former adviser to the Ministry of Water Resources and Irrigation Dia al-Qawsi told Al-Monitor, “Egypt’s estimated 55.5 billion cubic meter quota has not changed since 1959 despite the population increase. … The entire Egyptian population is now threatened by the GERD. Egypt's water quota should not be affected.”

Qawsi added, “A 1% decrease in Egypt's water share will lead to a loss of 100,000 feddans of Egypt's agricultural land. … It will also cause the displacement of many families working in the agricultural field.”

He added that the loss of agricultural land will increase the importation of food, particularly water-intensive crops such as rice, and drive up food prices.

It should be noted that the Ministry of Water Resources and Irrigation determined that the area cultivated for rice crops in 2020 is only half of the area planted in 2019.

Former Irrigation Minister Mohamed Nasr Allam told Al-Monitor that the worst issues caused by the GERD will manifest during times of drought. “Ethiopia must allow a greater proportion of water to pass through the GERD to maintain Egypt’s water security, and by extension food security.”

Allam added, “Egypt is currently suffering a food shortage estimated at $10 billion [in import costs]. We must endeavor to keep it from doubling due to the decrease in Egypt's water share. We also must increase the period of filling the GERD in order to preserve the percentage of water in Lake Nasser behind the High Dam.”

Allam noted, “Egypt should receive its full water share in order to meet the needs of its increasing population and preserve its agricultural areas,” saying Egypt currently receives only half its quota.

The GERD's storage capacity is an estimated 74 billion cubic meters. If the dam is filled within three years as Ethiopian plans, according to the State Information Service, it will lead to a decrease in Egypt's water share to 15 billion cubic meters, the loss of about three million feddans of arable lands and the displacement of 5 to 6 million agricultural workers.