Democrats made a series of compromises between pro-Palestinian and pro-Israel camps in the 2020 party platform, but progressives want to amend it with a reference to the occupation of the West Bank. 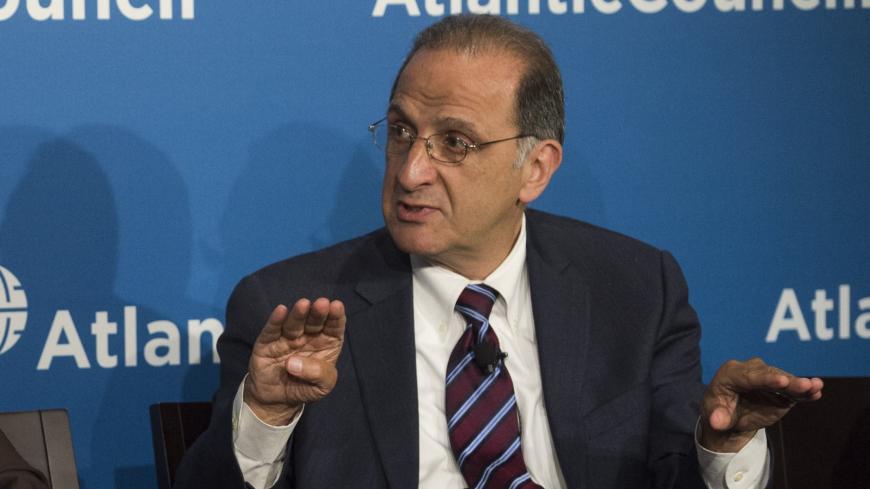 The Democratic Party’s 80-page draft platform for 2020 contains only three paragraphs on Israel. And the carefully calibrated language in those three paragraphs is under just as much scrutiny as ever.

The Democratic National Committee (DNC) went to great lengths to appease both its pro-Palestinian and pro-Israel factions when drafting the platform. But progressives are still pushing the DNC to amend the 80-page document with a reference to Israel’s occupation of the West Bank when the platform committee convenes Monday.

The left-leaning lobby group J Street has allied with other progressive organizations in a push to add a reference to the occupation before the DNC finalizes its platform, setting up a battle with Democratic delegates more closely aligned with the American Israel Public Affairs Committee (AIPAC).

“J Street is very pleased to see that the apparent first draft of the party’s platform looks set to include significant improvements on the 2016 platform — including the first ever articulation, in the platform of a major American political party, of support for Palestinian rights alongside affirmation of support for Israel’s security and opposition to settlement expansion and unilateral annexation,” the group’s president, Jeremy Ben-Ami, said in a statement. “At the same time, we’re very concerned that the draft apparently makes no refence to Israel’s ongoing occupation of Palestinian territory.”

The debate largely breaks down between delegates loyal to Sen. Bernie Sanders, I-Vt., who lost the primary to former Vice President Joe Biden, the party’s presumptive nominee to take on President Donald Trump in the November election. While the Sanders and Biden campaigns formed six different policy committees to unify the party around the platform, none of them dealt with foreign policy.

Biden himself said that “the occupation is a real problem” last year when approached by the left-wing Jewish group If Not Now. President Barack Obama also stated that Palestinians “endure the daily humiliations — large and small — that come with occupation” during his 2009 speech in Cairo. And mere months before that, outgoing President George W. Bush called for “an end to the occupation that began in 1967.”

The fight over language criticizing the occupation is reminiscent of the 2016 debate on the issue between Sanders delegates and those loyal to former Secretary of State Hillary Clinton, the Democratic nominee that year. Still, this year’s platform has made some concessions to the pro-Palestinian wing of the party.

The 2020 draft platform expresses opposition to “settlement expansion” as well as “incitement and terror.” It also warns against “any unilateral steps by either side — including annexation — that undermine prospects for two states.”

And while the platform maintains language opposing the boycott, divestment and sanctions (BDS) movement against Israel, it also adds a new provision endorsing “the constitutional right of our citizens to free speech” — an apparent condemnation of bipartisan, AIPAC-backed legislation in Congress to crack down on the pro-Palestinian movement.

“We’re certainly trying to make them aware of the fact that this platform, while it has parts that are better, is still 20 years behind the times,” said James Zogby, a 2016 Sanders delegate who reiterated his case for including the term “occupation” in the platform via a Nation op-ed today with Ben-Ami. “Netanyahu can do whatever he wants to do, and we’ll belly ache for it a bit, and then mostly move on. There have to be consequences. Palestinians have paid the biggest price, and they’re the weakest party, and Israelis have paid no price.”

Although J Street and its allies have called for restricting military aid to Israel over annexation — something Biden has so far resisted — the platform does endorse Israel’s annual $3.8 billion in US security assistance.

“After weeks of behind-the-scenes engagement with key stakeholders, it’s clear that drafters agree with the historically bipartisan positions of affirming support of a viable two-state solution, unconditioned support for the robust 2016 US-Israel memorandum of understanding and clarion opposition to unilateral annexation of West Bank territory,” said Aaron Weinberg, the director of government relations at the center-left Israel Policy Forum. “Looking forward, I hope that this strong plank is adopted by the full platform committee and that the Republican Party can return to these historically bipartisan consensus positions.”

The AIPAC wing of the party also appears largely content with the platform’s draft language.

“The important points of the platform really reflect Biden’s views on Israel,” said Harley Lippman, a Democrat who sits on the AIPAC executive committee. “What everyone’s agreeing to is really Joe Biden’s views and not Bernie Sanders’ views.”

Lippman praised the draft platform for endorsing Israeli security aid, condemning BDS and referring to Jerusalem as the “undivided” capital of Israel. That language was a thorn in the side of Obama in 2012 and President Bill Clinton in 1996.

Although the Palestinians hope to make East Jerusalem the capital of their future state, Obama himself had to personally intervene after a public row emerged on the floor of the 2012 Democratic National Convention over the issue. The pro-Israel delegates ultimately won out, and the language stayed in the platform.

Democrats first added the language endorsing Jerusalem as Israel’s “undivided” capital in 1996 shortly after Bill Clinton negotiated the Oslo accords, which designated ownership of the holy city as a “final status” issue.

“Historically, [the platform] is not really a good guide to what happens later,” said Lippman. “This is only every four years, and it’s not really looked at a whole lot. What really matters is who’s going to be vice president, secretary of state, national security adviser [and] ambassador to Israel.”