The government believes the project will solve water shortage issues, but protesters are concerned about the environment. 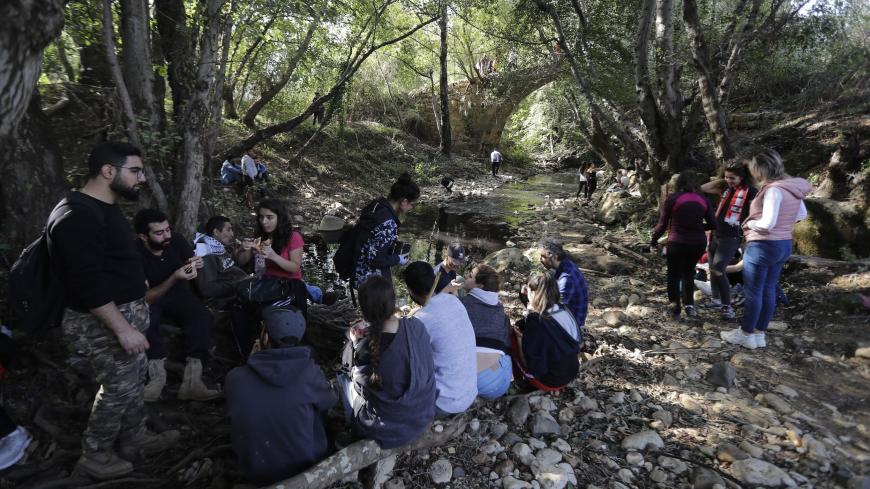 Lebanese protesters take a break by the Roman Bridge during a 20-kilometer (12-mile) march in the Bisri Valley, southwest of the capital, Beirut, on Nov. 22, 2019, to protest against the construction of a dam in the area. Hundreds of Lebanese protesters marched and chanted against the planned dam, which would drown the valley under their feet. - Photo by JOSEPH EID/AFP via Getty Images

Lebanese protested the planned construction of a dam south of Beirut on Thursday. There is significant opposition to the Bisri Dam — a project of the World Bank — in the country.

Around 100 people protested in Bisri on Thursday, according to a video of the protest from the Save the Bisri Valley Campaign and other videos on Twitter. Protesters chanted, “Your voice, my country, revolution” at the event. The hashtag “#SaveTheBisriValley” in English and Arabic that has trended on Twitter this week.

The Bisri Valley is about 20 miles (35 kilometers) south of the Lebanese capital, Beirut. The World Bank’s Lebanon Water Supply Augmentation Project aims to increase water availability for some 1.6 million people in the country. The World Bank, the Islamic Development Bank and the Lebanese government are funding the $617 million project that is due be finished in 2024, according to the World Bank.

The government says the dam will help solve chronic water shortage issues in the country, but protesters are worried about the environmental impact on one of the most pristine valleys in Lebanon, according to the Lebanese media outlet Naharnet. Lebanese President Michel Aoun called the dam a “vital project” in April. Some Lebanese have opposed the dam since 2017, when the project was announced, also because the dam will be built atop a seismic fault line.

The controversy is unlikely to go away. A petition on change.org against the dam had more than 79,000 signatures as of today. Other anti-government protests are also continuing in Lebanon as the currency plunges and the economic crisis deepens. Lebanon is seeking loans from the International Monetary Fund to help its ailing economy.