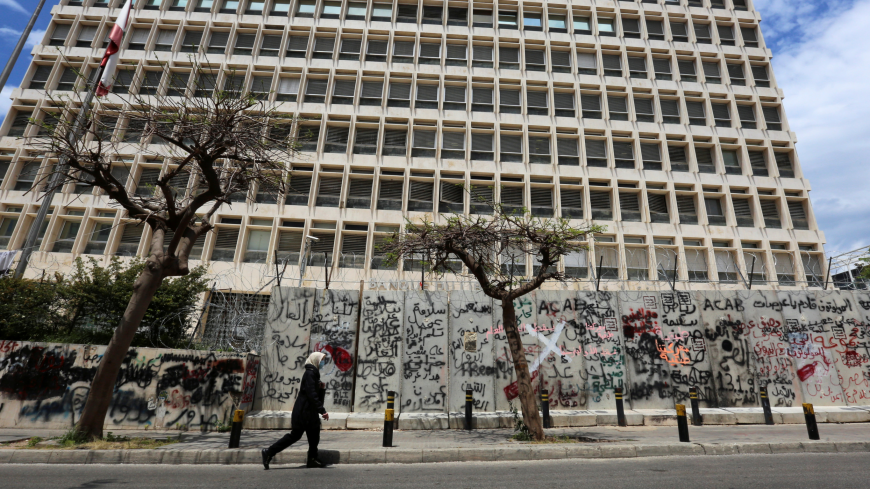 A woman wearing a protective mask walks past the central bank building as Lebanon extends a shutdown to curb the spread of the coronavirus disease in Beirut, May 5, 2020. - REUTERS/Aziz Taher

An official at Lebanon’s central bank has been arrested on currency manipulation charges. The Lebanese pound’s value has plummeted during the coronavirus and economic crises in the country.

The central bank denied the allegations and released its foreign currency transactions today.

The Lebanese pound used to have a stable exchange rate vis-a-vis the US dollar. For years, $1 was pegged to roughly 1,500 Lebanese pounds. However, there are now multiple competing exchange rates in the country: one on the black market, one recognized by the government and a third one being used by banks.

Since October, banks have restricted depositors’ access to their US dollar accounts — no longer allowing any withdrawals in dollars. This, a scarcity of dollars and various other factors such as the poor state of the economy have resulted in a large depreciation of the pound, leading to an approximate loss in value of 60%.

The currency issues and poor employment prospects before and after the coronavirus have led to popular displays of anger in Lebanon. Anti-government protests that started in October resumed in late April and people physically attacked banks this month.

Last week, the head of Lebanon’s currency exchange syndicate was arrested, according to the Lebanese newspaper The Daily Star.

The Lebanese government is currently seeking billions from the International Monetary Fund to help alleviate its economic issues.