Lebanon to seek IMF assistance to help with economic crisis

The prime minister said Lebanon would seek $10 billion in loans from the international financial institution after passing a reform bill. 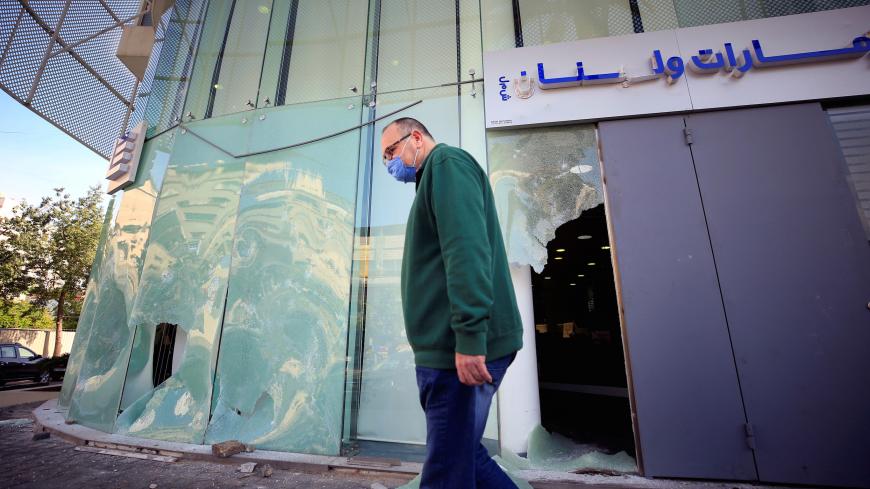 A man wearing a face mask walks past a damaged facade of a bank, after overnight protests fuelled by worsening economic conditions, in the southern city of Sidon, Lebanon April 30, 2020. - REUTERS/Ali Hashisho

Lebanon will seek assistance from the International Monetary Fund (IMF) to help deal with its economic crisis, the government announced today.

In an address to the nation, Prime Minister Hassan Diab outlined several economic reforms passed by the government. He said Lebanon would seek more $10 billion in loans from the IMF.

The plan seeks to address many of Lebanon’s economic woes, and envisions economic growth by 2022. It also stipulates reforms for Lebanon’s electricity sector, which takes $2 billion from the state budget each year and leaves much of the country without electricity for several hours a day. It also includes progressive taxation and stabilizing the exchange rate of the Lebanese pound, which has plummeted in value vis-a-vis the US dollar, according to The Daily Star.

In his remarks, Diab also said the state’s financial and banking sectors would be reorganized in order to fight corruption.

“The country's problem lies in the fact that corruption is a state within a state,” said Diab, according to the Lebanese outlet Naharnet.

In October, massive protests began in Lebanon that were largely focused on poor economic conditions. Protests largely subsided in March amid a nationwide lockdown to stop the spread of the coronavirus.

Demonstrations have now resumed, though, as many people lost their livelihoods during the lockdown — weakening an already fledgling economy. Indicative of the economic nature of the unrest, several Lebanese banks have been attacked recently. The Lebanese pound used to have an official pegged rate to the dollar, but this rate is now only available for some imports, according to Reuters.

Whether the IMF will support Lebanon, and how much such support there would be, is yet to be determined.

“If we get (IMF support), and God willing we will, it will help us to pass through this difficult economic phase, which could be three, four or five years,” Diab told reporters after the Cabinet session, according to Reuters. “The amount is up to negotiations.”