The second-ever direct flight from the United Arab Emirates to Israel took place today, but Palestinians say they were not informed of the aid delivery. 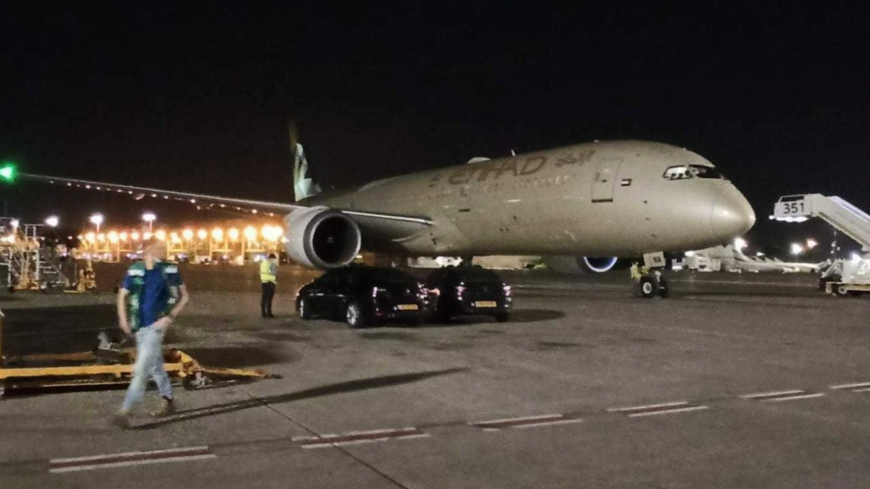 The United Arab Emirates’ Etihad Airways sent another flight to Israel to give aid to the Palestinians today, but Palestinian authorities again said they were not informed of the delivery.

Etihad Airways flew a cargo flight carrying humanitarian aid for the Palestinian Territories from Abu Dhabi to Tel Aviv today, a spokesperson for the airline told Al-Monitor. The flight was only the second direct one in history between Israel and the United Arab Emirates, who do not have formal relations.

The first such flight took place in May and also carried COVID-19 aid for Palestinians. However, Palestinian Authority (PA) officials rejected the assistance, saying the delivery was not done in coordination with them. The PA's relations with Israel are at a low due to Israeli plans to annex parts of the West Bank.

Palestinian authorities say they also were not consulted on the second aid flight. Palestinian Prime Minister Mohammed Shtayyeh said today that he was not informed of the flight from the Emirates, making it possible the PA will again reject the aid, Reuters reported.

The Emirates does not have formal relations with Israel, like most Arab states. Relations between Israel and the United Arab Emirates along with UAE ally Saudi Arabia have improved in recent years, however, over their shared concerns about Iran.

UAE officials have criticized Israel’s plans to annex Jewish settlements in the West Bank, with the Emirates’ ambassador to Washington telling Al-Monitor that the move would destabilize the region.

Etihad Airways has made other humanitarian aid flights during the pandemic. The airline completed its first-ever flight to Cuba for such a mission last week.

Etihad Airways has suffered from decreased revenue along with other regional airlines due to the massive downturn in global travel.