The Palestinian government said it was not coordinated with regarding the medical supplies. 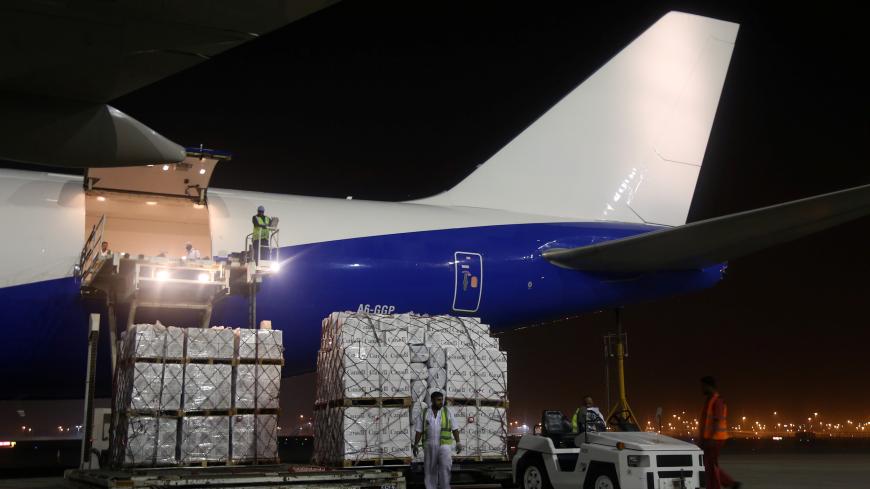 Workers load aid onto an airplane to be delivered to Rohingya refugees residing in Bangladesh, in coordination between UNHCR and United Arab Emirates, at Dubai airport, UAE, Oct. 11, 2017. - REUTERS/Satish Kumar

On Tuesday, Etihad Airlines flew the first direct commercial flight from the UAE to Israel carrying medical aid for the Palestinians. The two states lack formal relations, as is the case with many Arab countries and Israel. In recent years, Israel and the UAE have been brought closer together due to shared concerns about Iran.

However, on Thursday, Palestinian Prime Minister Mohammed Shtayyeh said that the Palestinian government only learned about the delivery from media reports.

“We were not informed about this and there was no coordination with us on either end, with our ambassador in the Emirates or here,” he said, according the Associated Press.

The PA’s health minister said the authority could not accept the aid "because what is important is that we have sovereignty here,” reported the Associated Press.

It now unclear where the aid went or will go.

The PA controls the West Bank, which most countries consider Palestinian land occupied by Israel. The PA administers some parts of the territory, while the Israeli military controls others directly.

There are currently 423 confirmed COVID-19 cases in the Palestinian territories, which include the West Bank and the Gaza Strip. Some Palestinians have praised the prime minister’s handling of the pandemic. The response is not separate from the Israeli-Palestinian conflict, and some Palestinian residents of Jerusalem have complained about Israel’s actions against the virus there.