Israel and the United Arab Emirates continue to work on flights between the two states following their decision to normalize relations. 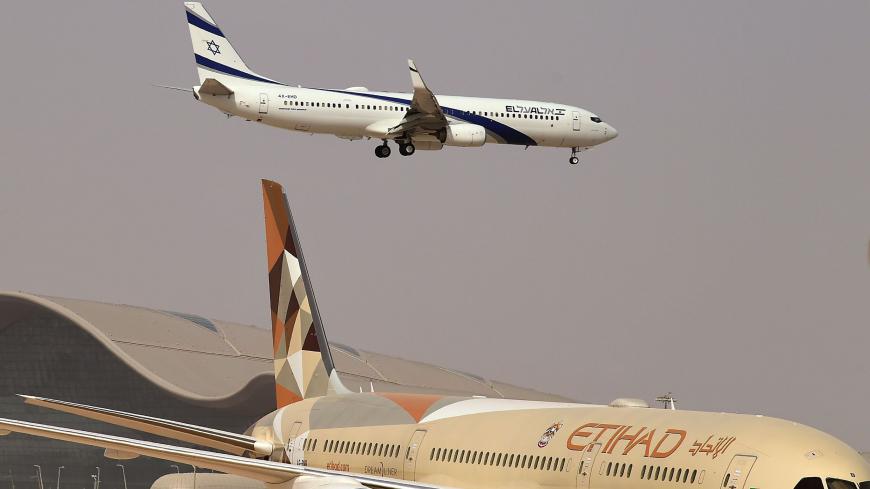 An El Al airliner carrying a US-Israeli delegation to the UAE following a normalization accord lands at the Abu Dhabi airport on Aug. 31, 2020, in the first-ever commercial flight from Israel to the UAE. - KARIM SAHIB/AFP via Getty Images

Israel’s flagship airline El Al will fly the first cargo flight from an Israeli airline to Dubai this month.

On Sept. 16, an El Al jet will fly to Belgium and pick up farming and tech products and then head to the United Arab Emirates’ most populous city, Reuters reported today.

The flight is the latest example of strengthening ties between Israel and the UAE since they agreed to establish full relations in August.

Air travel plays an important role in normalization. Israeli planes cannot fly over many Middle Eastern countries because most do not recognize Israel. However, in June, the Abu Dhabi-based Etihad Airways operated two flights to Tel Aviv to deliver COVID-19 aid to Palestinians. This took place before the Israel-UAE deal last month.

Regular flights between Israel and the UAE can happen because Saudi Arabia has agreed to allow planes originating in Israel to use Saudi airspace. The Gulf kingdom said all planes can use its airspace to travel to the UAE but did not mention Israel in the announcement.

The two main airlines in the UAE, Emirates in Dubai and Etihad in Abu Dhabi, have yet to announce regular flight services to Israel’s airport in Tel Aviv. Both airlines continue to continue to add to their networks amid the coronavirus pandemic.

Egypt and Jordan are the only other two Arab countries to recognize Israel. Travel was possible between them and Israel before the virus. Turkey also has relations with Israel and there are flights between Istanbul and Tel Aviv.

The El Al cargo flight to Dubai will become weekly, according to Reuters.