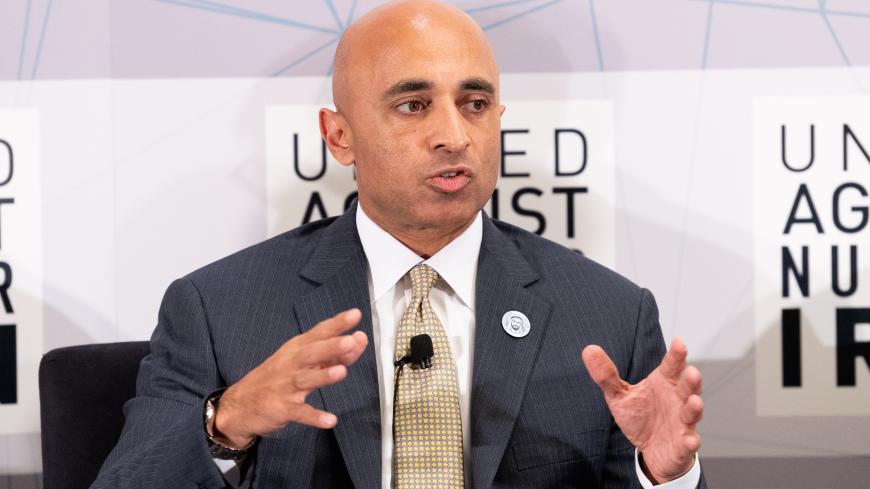 In an interview with Al-Monitor published yesterday, the United Arab Emirates’ Ambassador to the United States Yousef Al-Otaiba said that Israel’s plans to annex parts of the West Bank will make the region more “unstable.”

“We think that kind of decision will only take matters and make what is an unstable region at the moment even more unstable,” Otaiba told Andrew Parasiliti in the On the Middle East podcast.

The ambassador’s comments come as Israel moves toward annexing Jewish settlements in parts of the occupied West Bank and the Jordan Valley. Israel’s unity government was sworn in last month after months of political squabbling. The coalition gave Prime Minister Benjamin Netanyahu the backing to finally pursue his goal of annexation. The West Bank is recognized as occupied by the international community and is currently split between areas controlled by the Israeli military and the Palestinian Authority. Israel plans to start annexation legislation in July.

Several Arab countries staunchly oppose the move, including Jordan, which is one of only two Arab states to have formal relations with Israel. Palestinians argue that annexation deprives them of self-determination, while Israel believes the areas that would be annexed are essential for its security.

In the interview, Otaiba was not solely pessimistic on the prospects of peace between Israel and the Palestinians. He called US President Donald Trump’s peace plan a “starting point.” The plan accepts some annexation, which the UAE opposes, but also formally endorses a two-state solution and supports negotiations. Otaiba said the negotiations specifically are worth a try.

“Sit down, give it a try, see if it works,” he said, adding, “It may or may not produce anything, but we haven’t seen any negotiations.”

Otaiba said Jordan in particular would be harmed by annexation. Jordan’s population largely descends from Palestinians who fled Israel during and after its independence war against Arab states in 1947 and 1948. Many in the country oppose the government’s peace treaty with Israel.

“It will put an incredible amount of political pressure on our friends in Jordan,” he said.

The UAE does not have formal relations with Israel, although the first-ever direct commercial flight from the UAE to Israel took place last month.

Otaiba’s comments were preceded by criticism of West Bank annexation by the UAE Minister of State for Foreign Affairs Anwar Gargash, who said Israel’s goal to incorporate parts of the Palestinian territory will harm peace prospects.

“Continued Israeli talk of annexing Palestinian lands must stop,” Gargash said in a tweet. He continued, “Any unilateral Israeli move will be a serious setback for the peace process, undermine Palestinian self determination & constitute a rejection of the international & Arab consensus towards stability & peace.”

The comments by Gargash and Otaiba, therefore, represent a potentially ongoing disagreement between the two countries amid their warming in relations.