Jordan-Israel relations continue to worsen over Israel's plan to annex parts of the West Bank in July. 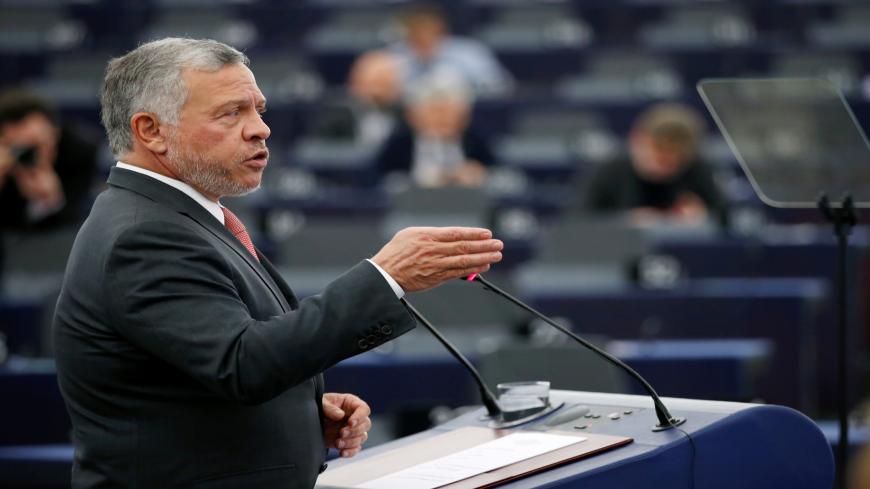 Abdullah refused the call due to Israel’s plan to annex parts of the West Bank in July, according to Ma’an. Amman staunchly opposes the move.

Abdullah also did not set a date to meet with Israeli Minister of Defense Benny Gantz, after Gantz requested to speak to him about US President Donald Trump’s peace plan for Israel and the Palestinians, the outlet reported.

Jordan and Israel are currently at odds over West Bank annexation. Israel’s intention is to incorporate Jewish settlements and the entire Jordan Valley in the West Bank into Israeli territory.

Jordan’s population is largely descended from Palestinians who left their homes during the first Arab-Israeli war in 1947 and 1948. Many Jordanians oppose annexation as well as Jordan’s peace treaty with Israel. Opposition to Israel in general is high in Jordan.

This is not the first time Abdullah has expressed frustration with Israel over annexation. In May, the king told the German media that there would be “massive conflict” if Israel goes ahead with the move.

Israel believes annexation is essential to its security. Palestinians say it deprives them of their rights to self-determination.

Israel’s relations with Arab states have improved since the Arab-Israeli wars of the 20th century, but annexation threaten to derail this. Jordan is considering suspending parts of its peace treaty with Israel in opposition to annexation.

In recent years, Israel has grown closer with the United Arab Emirates and Saudi Arabia due to their shared concerns about Iran. However, the Emirates’ ambassador to the United States, Yousef Al Otaiba, wrote an unprecedented op-ed in an Israeli newspaper last week telling Israelis, “Annexation will certainly and immediately upend Israeli aspirations for improved security, economic and cultural ties with the Arab world and with the UAE.”

Annexation is moving along in the meantime. US Ambassador to Israel David Friedman met with Netanyahu, Gantz and other Israeli leaders yesterday to discuss the plans.