Turkey rounds up scores of citizens with alleged Gulen links

A majority of those arrested were active members of the air force or police. 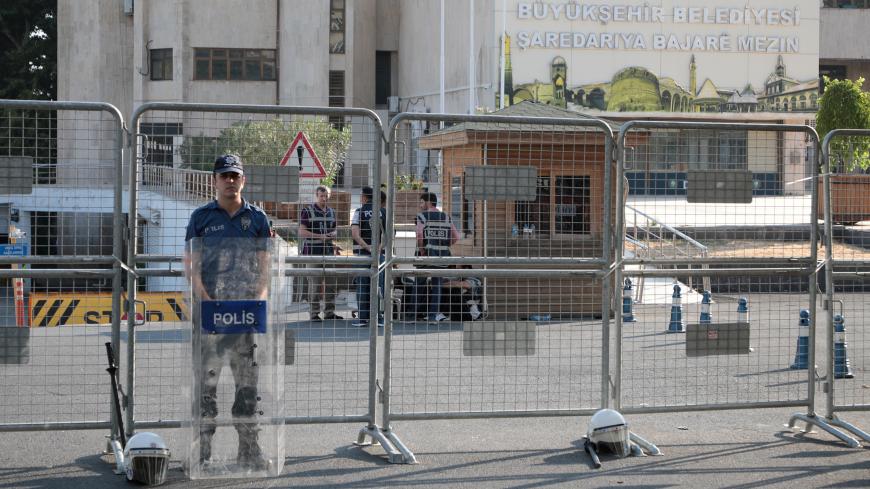 Turkish prosecutors issued arrest warrants this week for more than 200 people accused of links to an outlawed group the government blames for the 2016 failed coup.

In the western coastal province of Izmir, security forces were searching for 191 people, 181 of whom were active members of the Turkish Air Forces, reported the state-run Anadolu Agency. The authorities have so far arrested 145 people across 22 provinces.

On Monday, warrants were issued for the arrest of 33 people, including 24 police officers. Anadolu also reported that prosecutors named 42 suspects who were found on the messaging app ByLock, which authorities believe is widely used by followers of US-based cleric Fethullah Gulen.

President Recep Tayyip Erdogan blames the followers of the Turkish cleric for the July 2016 coup attempt that left at least 250 people dead and more than 2,000 injured.

The Turkish president has since ordered the mass arrests of thousands of alleged supporters of the Gulen movement, which Turkey has branded the Fethullahist Terrorist Organization. The government also dismissed or suspended some 150,000 civil workers from their jobs over alleged ties to the group.

The latest arrests across Turkey appear to be part of a renewed push to suppress the group. Last week, Turkey issued arrest warrants for 118 people accused of links to Gulen, including one colonel and three lieutenants in the Turkish military.

The crackdown comes as Turkey's parliament resumes debate this week on a controversial bill augmenting the powers of a neighborhood watch force that critics charge is Erdogan’s latest effort to tighten his grip on the country. The legislation would allow some 28,000 watchmen to frisk citizens, demand identification, search their cars and use weapons if needed.