Turkey's crackdown on accused followers of exiled cleric Fethullah Gulen is still going strong, with an avalanche of purges and detentions that show no signs of abating. 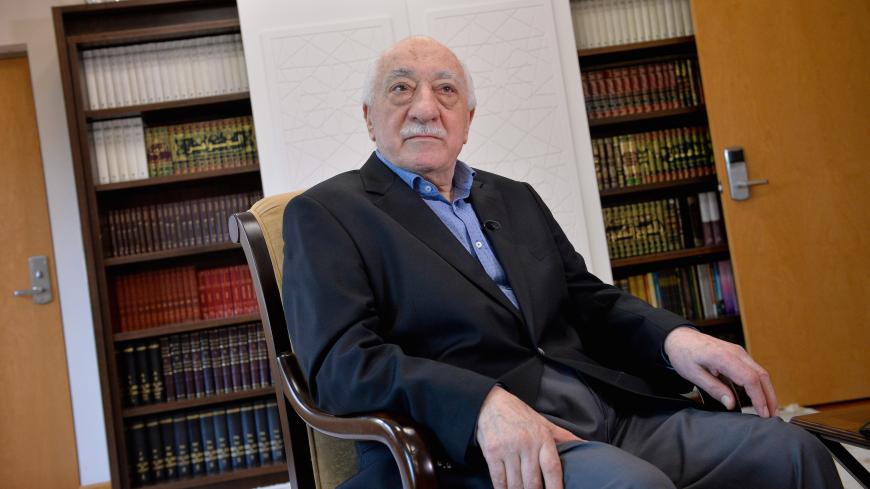 Turkish authorities continue to net alleged members of what they label a terrorist outfit led by US-based Sunni cleric Fethullah Gulen, issuing arrest warrants for 63 suspects, most of them military pilots. The officers are accused of involvement in the failed 2016 coup to bloodily overthrow Turkish President Recep Tayyip Erdogan. Turkey insists that Gulen, a former Erdogan ally until the pair fell out over the spoils of power, masterminded the abortive plot that left 250 people dead and propelled an avalanche of purges and detentions that show no signs of abating.

Ankara’s chief prosecutor said 46 of the 63 detainees are helicopter pilots on active military duty. Earlier this month, more than 100 soldiers and former cadets were rounded up on similar charges in raids across the country.

Turkey wants the United States to extradite Gulen, a green card holder who has lived in the United States since 1999 to evade prosecution on terror charges leveled by Turkey’s previous military backed pro-secular governments. Turkey's Deputy Foreign Minister Sedat Onal is expected to take up the issue alongside Turkey’s demands for a buffer zone in northern Syria during a planned visit to Washington next week, diplomatic sources told Al-Monitor on condition of anonymity.

Gulen is accused of a sustained campaign of infiltrating the armed forces, the judiciary and key ministries through providing disciples with exam questions, among other tactics. The Turkish Armed Forces would routinely purge suspected Gulenists from its ranks before Erodgan’s Justice and Development party came to power in 2002. Such activities were paused until Erdogan declared open war on the Gulenists in 2013. Gulen denies all the charges.

Turkey’s state-run Anadolu news agency reported that in the past seven months alone, 1,076 personnel from the Turkish Armed Forces (TAF) had been suspended. These included 624 members of the army, 107 from the navy and 345 from the air force.

Turkey Purge, a website run by pro-Gulen journalists keeping a running tally of individuals purged since the coup, counted 17,844 military officers, 16,409 cadets, 33,417 members of the police services and 851 foreign service employees dismissed as of today. The lowest number cited was for the Tobacco and Alcohol Marketing Regulatory authority, with eight people sacked.

While those figures could not be confirmed, a commonly reported figure for the number of detainees since the coup is 160,000. Of these, 77,000 were formally arrested for links to terror outfits, with Gulen and the outlawed Kurdistan Workers Party topping the list. At least 58 generals and 629 senior officers have been sentenced to life in prison, according to the Justice Ministry. In a related development, 22 members of the pro-Kurdish Peoples' Democracy Party and its regional affiliate known as the Democratic Regions Party were detained in operations spanning seven provinces. All of the detainees were women accused of links to the PKK "women's organization" and many were candidates for municipal elections that are due to be held in March.

Rights groups say the government has cast the net so wide that countless innocents have been caught. At the same time it has used the Gulenist label to imprison thousands of other enemies, perceived or real, including scores of journalists, civil rights activists, lawyers and academics.

Askeri Ogretim Komitesi, a Twitter account established by the families of cadets who say their children were unlawfully jailed, shared the story of Recep Delice, a shepherd from the eastern province of Sivas who was sentenced to 17 years for his alleged involvement in the coup. Delice was five months into his compulsory military service at the time, the account reported.

Turkish Defense Minister Hulusi Akar, the former chief of general staff who was among top brass detained at gunpoint on the night of the coup for resisting putschists' demands to support it, said the Defense Ministry and the TAF were keeping up the campaign against the so-called “Fethullah Gulen Terror Organization” with determination. As “the TAF is cleansed of the traitors it is growing stronger … the TAF is becoming more of a deterrent and more respected,” Akar added.

News of the arrests came as Azerbaijani authorities reportedly nabbed a Turkish national who allegedly headed Gulen’s network in the former Soviet state and extradited him to Turkey, where he was turned over to the anti-terror police unit at the security directorate in Ankara. Turkey’s state-run Anadolu news agency identified the man solely as “Ibrahim E” and said Azerbaijani security officials had recently accompanied the man on a flight back to Turkey. He was described as running a printing press that published a newspaper affiliated with Gulen.

Another alleged Gulenist identified as Zubeyir G, who allegedly operated out of Nigeria, was arrested upon landing in Turkey, Anadolu reported. He was accused of posting content “praising” the “Fethullah Terrorist Organization” or “FETO” on social media.

The arrests were tame compared with some of the more sensational operations carried out against “FETO” by Turkey's national spy agency MIT in overseas renditions. MIT has yanked alleged Gulenists off the streets in countries like Kosovo and Malaysia with the full cooperation of local authorities and flown them back on private jets. In December, Mehmet Gelen, a Gulen-linked teacher, was allegedly kidnapped in Baku and forcibly returned to Ankara, where he is in pre-trial detention on terror charges.

Turkish NBA star Enes Kanter, an overt disciple of the Pennsylvania-based imam, recently claimed he feared assassination by Turkish spies. Earlier this month, an Istanbul prosecutor drafted an extradition request and an international arrest warrant for the New York Knicks player, who is accused of financing the Gulen network.