Today's reported abduction and deportation of at least six Turkish nationals in Moldova comes as Ankara's latest move against suspected Gulenists in countries where there is weak rule of law. 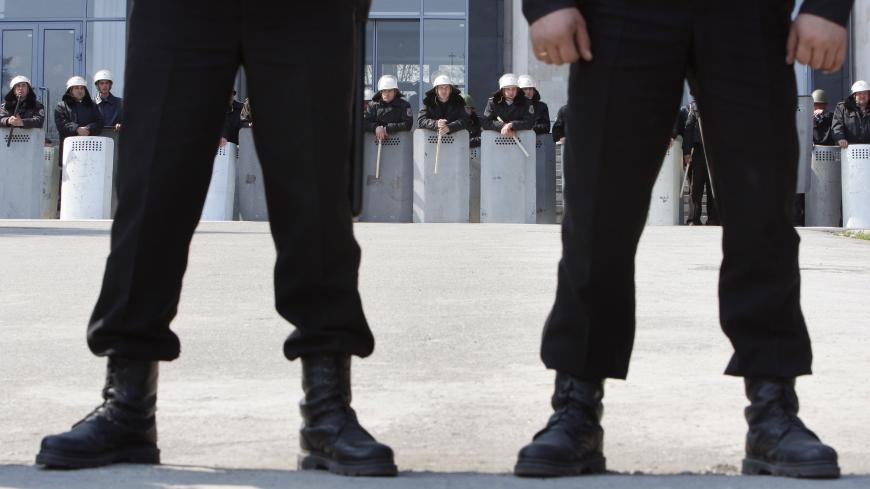 Details remain sketchy but Moldova’s secret service, the SIS, stated that its anti-terror arm had carried out an “operation” today in “several localities” to “prevent threats to national security,” reported Balkan Insight, an online media outlet.

The Turkish media also confirmed the detentions had taken place. Gunes, a pro-government propaganda sheet, gloated on Twitter of Turkey’s national spy agency, “MIT is back on the scene. Six members of FETO were bundled off like this.” Photographs of large, muscular men shoving people including a child into an unmarked white van accompanied the tweet. BOLDmedya, a YouTube account dedicated to government persecution of Gulenists, posted footage allegedly shot at the scene of a brown Volvo with darkened windows and men wearing black ski masks inside. It’s unclear where the detainees were taken.

Amnesty International indicated they had been deported back to Turkey in a press release: "The Moldovan authorities ignored their international human rights obligations when they detained and deported seven Turkish nationals reportedly seeking asylum in Moldova this morning."

All six detainees are teachers or students at the Horizont Turkish chain of lycees linked to Gulen’s worldwide network, which Ankara is determined to see shuttered. Ilknur Karacaoglu's husband Hasan, a deputy principal at Horizant, was among the detainees. She told BOLDmedya she and her husband were driving when a group of men she described as “police” stopped their car by force. The men did not identify themselves. “My husband tried to flee. They pushed him to the ground and kicked a few times, then took him away. It was a mafia-style thing,” she said.

BOLDmedya claimed that another of the detainees, school accountant Mujdat Celebi, carried papers identifying him as an asylum seeker. Images of the documents allegedly issued by the Moldovan authorities were posted on BOLDmedya’s account.

In an earlier statement, Amnesty International condemned the “illicit abduction of people carried out today in violation of search and detention rules.” Rebecca Harms, a German member of the European Parliament, tweeted, “I strongly support the urgent appeal by @amnesty to [the] government of Rep of Moldova: stop the deportation of teachers to Turkey. Teaching children is not a crime.”

On March 31, the SIS detained Horizont director Turgay Sen for alleged links to terrorism financing. He was freed after seeking political asylum in Moldova. He was not named among today’s group.

His arrest came shortly after a meeting between Erdogan and Moldovan President Igor Dodon at the Istanbul airport. Erdogan is expected to travel to Chisinau in October for the opening of the presidential building damaged in the 2007 riots and repaired by Turkish contractors.

Rights groups say there is an emerging pattern of Ankara targeting countries where there is weak rule of law to yield to its demands for action against Gulenists. Erdogan himself declared at a public rally in April that Turkey had as of then snatched 80 FETO members abroad. “We will chase them no matter where they flee,” he said. Erdogan’s comments followed the March 29 renditions of five schoolteachers and a medical doctor associated with Gulen-affiliated schools from Kosovo. The forced repatriations via a private jet owned by MIT provoked an outcry in the tiny Balkan state. Turkmenistan, Gabon and Bulgaria are among several countries cooperating with Turkey against Gulen, either arresting and extraditing teachers or closing down their schools.

This week Erdogan told reporters he had submitted a list of 130 FETO operatives to Kyrgyz authorities during an official visit to the Central Asian state.

Not all countries are bending. In July, Mongolian authorities grounded an airplane that was allegedly carrying Turkish schoolteacher Veysel Akcay, who had lived in the country for 24 years. He was reportedly abducted outside his apartment in the capital Ulaanbataar. The Turkish Embassy denied involvement in the scheme.

Emma Sinclair-Webb, Turkey director for Human Rights Watch, commented to Al-Monitor, “While not knowing the specific details of where these people were detained or where they were taken it looks like part of the pattern of blatant disregard for the rule of law, the sidestepping of courts and the mechanisms for extradition.” Sinclair-Webb drew parallels with Turkey’s “thuggish approach” in Kosovo, adding that the timing of the affair could be connected to Erdogan’s planned state visit to Moldova. “There appears to be a transactional element,” she said.

Nate Shenkaan, director for special research at Freedom House, concurred. He told Al-Monitor, “As it is throughout southeastern Europe, Turkey is an important economic player in Moldova. The country has an unfortunate reputation for very high levels of corruption, which have not been remedied despite major scandals over the last several years.”

Shenkaan added, “We need more reliable information to say for sure which international norms were violated here. If those arrested are in the midst of applying for asylum because of political persecution in Turkey, it is a violation to arrest them on a Turkish request, and would be a flagrant violation to extradite them to Turkey.”