The Turkish government has arrested and charged the local Amnesty International chair with membership in the so-called Fethullah Gulen Terror Organization even as the rights group monitors political repression in the country. 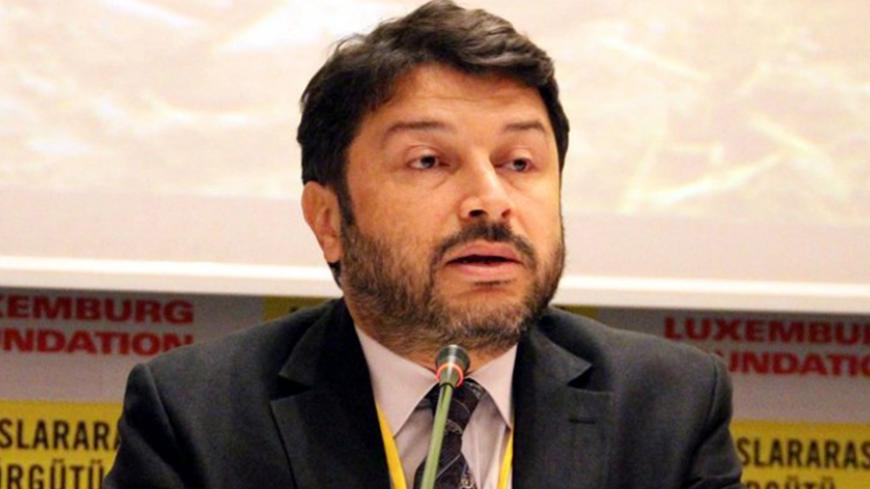 As the Turkish government keeps up the witch hunt against even its mildest critics, it seemed inevitable that it would shift its gaze to international rights groups monitoring the ballooning abuses across the country. Sure enough, on June 6, police detained the local chair of Amnesty International, Taner Kilic, together with 22 fellow lawyers over their alleged links to Fethullah Gulen, the Pennsylvania-based Turkish cleric whose disciples appear to have participated in large numbers in the failed July coup.

Days later, Kilic was charged with membership of the so-called Fethullah Gulen Terror Organization, or FETO, and remanded in pretrial detention.

The move triggered a fresh wave of indignation from Western governments — surprisingly, even from the United States.

State Department spokesperson Heather Nauert noted in a statement that Kilic is “the latest in a series of respected human rights defenders, journalists, academics and activists detained in Turkey.” Nauert went on, “These detentions, often with little evidence or transparency, are an alarming trend.”

The London-based rights group’s chairman, Salil Shetty, said the charges against Kilic “show just how arbitrary, just how sweeping, the Turkish government’s frenzied pursuit of its perceived enemies and critics has become.”

People familiar with Kilic, who works for refugee rights, describe the charges against him as farcical. Evidence against the overtly pious lawyer, who has worked with Amnesty since 2002, includes sending his child to a Gulen-run school. Turkey’s powerful Energy Minister Berat Albayrak, who is Turkish President Recep Tayyip Erdogan’s son-in-law, also attended a Gulen-run high school. Erdogan’s daughter Esra, who is married to Albayrak, attended a Gulen-run prep school.

A past subscription to Zaman, the Gulen movement’s now shuttered flagship newspaper, and the connections of one of his relatives through marriage to the daily were presented as additional proof of complicity.

The numbers keep growing and at least 50,000 people are thought to have been arrested and a further 100,000 detained, many of them on similarly questionable grounds after the government began cracking down on perceived coup plotters and dissidents in the wake of the coup. Over 100,000 civil servants, academics and members of the security services have been summarily dismissed with zero chance of redress.

New horror stories emerge almost daily. In the past 24 hours alone, Inanc Ozkeskin, a rights activist and member of the Association for Solidarity with Prisoners and their Families, was shot dead during a police raid on his Istanbul home. Police sources cited by the Sozcu newspaper claimed Ozkeskin was plotting to kill Interior Minister Suleyman Soylu. Details of the raid remain sketchy but according to human rights lawyer Erdal Dogan, the problem of police impunity has sharply escalated since the ongoing nationwide state of emergency was imposed after the putsch.

Dogan told Al-Monitor, “Police use their weapons even more freely and rarely face consequences for unprovoked violence, if at all.” Ozkeskin’s 91-year-old father was injured during the raid at the family’s home in Kadikoy, on the Asian side of the Bosporus.

Meanwhile, journalist Zehra Dogan was arrested for a second time for alleged terrorist propaganda, helping Turkey cement its title as the world's biggest jailer of journalists. The crime of Dogan, an award-winning reporter for the all-female news agency Jinha, was having painted scenes depicting the recent destruction of Kurdish-majority towns in her native southeast region and tweeting critical opinions about the government.

In the western province of Aydin, Hatice Gundebahar, 60, reportedly hanged herself after succumbing to depression. The woman’s husband, who ran a stationery shop in the town of Soke, has been in jail since July 2016 over his alleged links to Gulen.

In a report published in April, the main opposition Republican People’s Party said at least 35 citizens who either personally or had relatives who faced charges of FETO membership had taken their own lives since the introduction of emergency rule. The victims include 17 policemen, four soldiers, an imam, a student and a dentist. “The lack of legal recourse to prove their innocence and alleged torture in detention facilities have triggered a serious increase in suicides,” the report noted.

Shedding light on such incidents is just what Amnesty’s Kilic and his fellow researchers sought to do. The result was a slew of damning reports chronicling spiraling rights violations that occurred in the wake of the coup, including torture.

Emma Sinclair-Webb, the Turkey director for the New York-based watchdog Human Rights Watch, told Al-Monitor that Kilic's detention sends a chilling message to Amnesty “that your work is not accepted in Turkey.” Sinclair believes the Turkish government is “now measuring the level of the international response, and US reaction was immediate and strong.”