Turkish President Recep Tayyip Erdogan has told supporters that his government will not stop pursuing those it claims are responsible for the 2016 failed coup attempt despite criticism and anger over unauthorized seizures of individuals and their forced repatriation to Turkey. 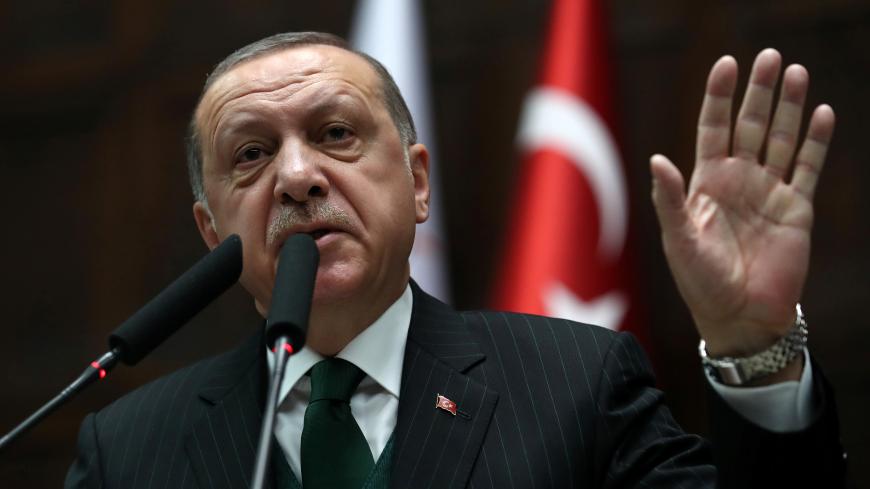 Speaking at an April 7 rally in the western province of Denizli, Erdogan declared that Turkey has so far snatched some 80 members of the so-called Fethullah Gulen Terror Organization (FETO) and brought them back to Turkey. “We will chase them no matter where they flee,” he assured members of his ruling Justice and Development Party (AKP).

Erdogan reminded his audience about the recent operation in Kosovo, in which teachers affiliated with Gulen-run schools and a medical doctor linked to the Gulenist movement were extracted by members of Turkey’s national spy agency, MIT, and flown to Turkey in a private jet. “As you know, we captured six senior members of FETO,” Erdogan boasted. “We snared them in Kosovo and brought them home.”

The forced repatriations on March 29 sparked an uproar in the tiny majority-Muslim Balkan state. Kosovo Prime Minister Ramush Haradinaj claimed that he had not been informed of the affair and sacked his interior minister and secret services chief for keeping him in the dark. Haradinaj has since railed against Turkish meddling amid a strong backlash from opposition members of parliament, civil society and the media against Ankara's actions.

The European Union joined in the chorus of protest on April 3, charging that both countries' actions had raised questions about their respect for human rights. Kosovo has an association agreement with the EU. The arrangement, which grants various trade privileges, is seen as a first step toward full membership in the bloc. Turkey’s membership talks with the EU have juddered to a halt through a mix of European dithering and the meltdown in human rights in Turkey since the failed putsch.

EU spokeswoman Maja Kocijancic said, “While we understand the need to bring the culprits of the attempt … to justice, any alleged wrongdoing or crime should be subject to due process and well-established international norms when seeking extradition.”

The EU’s remonstrations may have had an effect, at least in Kosovo. Ugur Toksoy, another Turkish teacher working at the Gulen-sponsored school, Hasan Nahi, in Prizren, was granted asylum by Kosovar authorities. Turkey had been seeking his extradition since November.

It emerged the first week in April that at least three Gulen-affiliated teachers had been detained in the West African nation of Gabon on the grounds that they posed a threat to the country’s national security. The men, along with their families, were reportedly handed over to Turkish officials in the Gabonese capital, Libreville, and flown back to Turkey in recent days. At least 14 African countries have signed protocols with the Turkish government pledging to shutter Gulen-linked academic institutions.

The former Soviet republic of Turkmenistan has been among the most zealous enforcers of Ankara's demands, detaining an estimated 100 people soon after the abortive coup for their alleged ties to the Gulen movement. Eighteen of them were handed sentences in Turkmenistan ranging from 12 to 25 years.

Turkey remains adamant that Gulen was the mastermind behind the failed coup and is demanding his extradition from the United States. American officials say, however, that Turkey has yet to present conclusive evidence to prove the imam’s guilt. The conventional wisdom among Western observers is that Gulen operatives in the army and the bureaucracy likely colluded with an array of disgruntled officers to overthrow Erdogan.

The Turkish government has since embarked on a massive purge of suspected Gulenists that spans far beyond the government, security services, universities, media and business world. It has cast its net so wide that anybody even tangentially associated with the movement is considered guilty by association.

Today, Turkish authorities reported that in raids across the country they had apprehended dozens of alleged Gulenists, including a pair of imams, for supposedly infiltrating the army and the police force. At least 133,000 people have been detained and 65,000 arrested, mainly for alleged ties to Gulen, in the post-coup crackdown.