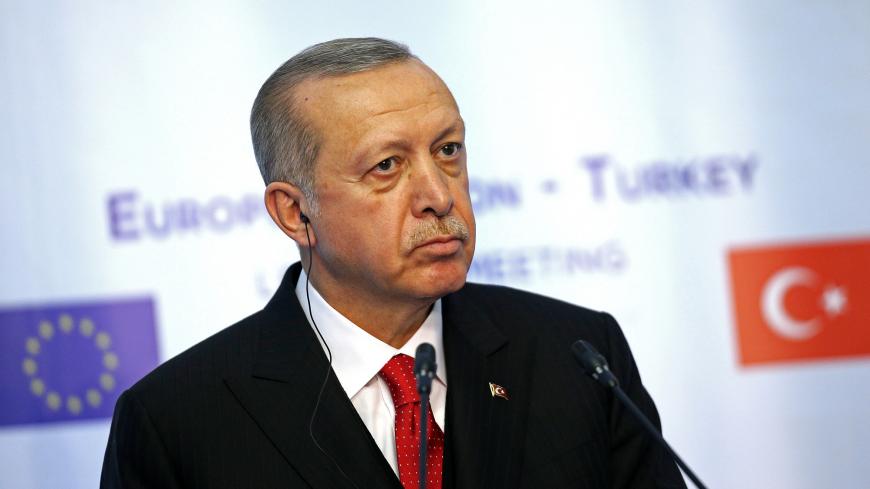 “Kosovo is Turkey, and Turkey is Kosovo.” This assertion, made by Turkish President Recep Tayyip Erdogan in 2013 while serving as prime minister, must have rung eerily true for six Turkish nationals as Turkish intelligence officials spirited them out of Kosovo by private jet on March 29.

The men, five Turkish schoolteachers and a medical doctor, have been accused of links to Fethullah Gulen, the Pennsylvania-based Sunni cleric the Turkish government blames for the failed 2016 coup attempt. The extractions, which human rights advocates denounced as illegal, have sent tremors through the tiny Balkan state, exposed the extent of Turkish impunity and ignited tensions between Turkey and its former Ottoman dominion.

Kosovo Prime Minister Ramush Haradinaj has denied knowledge of the affair. He fired his interior minister and spy chief the day after the incident for their alleged complicity. Kosovo's Foreign Affairs Ministry declared in a statement, “The arrest and deportation of the Turkish citizens with a regular residence permit … is … in direct contradiction to international norms.”

This prompted an angry reaction from Erdogan, who retorted that Haradinaj would “pay” for his actions. “Since when have you started to defend those who attempted a coup against Turkey,” he thundered March 31. An unfazed Haradinaj, who visited the wives of the snatched Turks, followed up with a salvo of his own in an interview with the Voice of America’s Albanian service, remarking, “The [alleged] Gulenists were not deported, they were stolen.”

Turkey is one of the biggest investors in Kosovo, which declared independence from Serbia in 2008. Turkish contractors with close ties to Erdogan constructed the country’s airport and are building highways with projects worth around $2 billion. Turkey's generosity has, however, come at a price. Ankara has demanded that Kosovo revise its history textbooks to paint the Ottomans in a kinder light. The government duly obliged, removing references to “cruel Ottoman rule.”

When Kosovar journalist Berat Buzhala posted a satirical comment on Facebook exhorting fellow citizens vacationing in Turkey to back the putschists during their failed coup, Turkey’s ambassador in Pristina demanded that Kosovo authorities take legal action against him.

Enver Robelli, another prominent Kosovar journalist, said at the time, “The ambassador’s scandalous demand explains how Turkey sees its political and economic position in Kosovo as so powerful, that it does not hesitate to even deal with 'reviewing' the media.”

Commenting on the most recent scandal, Robelli told Al-Monitor, “People are irritated that Erdogan attacks the prime minister. Most [local] media [report that] Erdogan behaves as if he were the king of Kosovo.” Touching on the rivalry between Kosovo President Hashim Thaci and Haradinaj, Robelli said, “President Thaci wants to play the tough guy. He has strong connections to Erdogan. Thaci apparently organized the arrest and the handover of the six Turks behind Haradinaj’s back.”

Thaci, however, initially condemned Turkey’s actions, saying he was “disillusioned” that his own country’s institutions had failed to protect foreign citizens working in Kosovo. Over the course of a few days, however, he changed his tune and accused the Turkish men of having conducted “dangerous and illegal activities” in the country. He offered no evidence to support his claims.

Writing in the Washington Post, Nate Schenkkan, an expert on Turkey and the Balkans at the watchdog organization Freedom House, called the incident “a real-time example of the threat posed by Ankara’s flagrant disregard for international norms.” He added, “Countries that host Turkish citizens all over the world should be on notice that Ankara’s efforts to track down its opponents overseas poses a threat to their domestic rule of law.”

The United States might want to consider itself on notice. Days ago, Erdogan told members of his ruling Justice and Development Party, “The one [Gulen] who fled to Pennsylvania is in a big flap. He wonders what his end will be. You will share the same end as those in Kosovo.” In November, the Wall Street Journal reported that former national security adviser Michael Flynn was under investigation by the FBI for his alleged role in discussions with Turkish officials on the possible abduction of Gulen in return for $15 million.

Turkish media reported on April 2 that authorities had ordered the arrest of Gulen and seven others on additional charges of plotting the 2016 assassination of Andrei Karlov, Russia’s ambassador to Turkey. The envoy was shot dead at an art gallery by an off-duty police officer who shouted “Allahu akbar” and “Don’t forget Aleppo,” prompting speculation that he was connected to Jabat al-Nusra, the al-Qaeda-linked Syrian rebel group.

Turkey continues to demand Gulen’s extradition and in the meantime has increased pressure on foreign governments to hand over members of his movement and to shut down hundreds of schools run by the organization he heads. Some African countries, including Senegal and Gambia, have caved, as have Pakistan and Afghanistan, all recipients of Turkish aid. Turkey has shut down 1,064 private schools and 15 universities, mainly over alleged links to Gulen.

Justice Minister Abdulhamit Gul declared in February that 38,470 people accused of ties to the Gulen “terror” network had been convicted or were in custody. Thousands of people connected to the movement, and therefore automatically considered guilty through association, have fled the country.

Legal experts say the status of Kosovo — which has yet to be admitted to the United Nations, because of objections from Russia and Serbia — remains a gray area, rendering the majority-Muslim nation vulnerable to outside abuse.

Basak Cali, a professor of international law at the Hertie School of Governance in Berlin, told Al-Monitor, “The situation in Kosovo as reported in the press, that is, the handing over of these individuals by Kosovar intelligence to Turkish intelligence officers, is not a judicial process. It is not an extradition that follows a request by one state to another under an extradition treaty subject to Kosovar judicial review. If this were a judicial process, the reason for the extradition would have had to have been assessed by Kosovar courts. The courts would have also assessed the risk of torture, as this is provided as part of the constitutional safeguards in Kosovo.”

Thousands of Turkish citizens denied justice in Turkey have applied to the European Court of Human Rights for redress. Cali noted that Kosovo, however, is not a party to the Strasbourg-based court, hence the Kosovo six cannot appeal their cases there. At best, Cali said, “Kosovo’s domestic system can aim to hold those involved accountable, but that would only apply to Kosovars.”