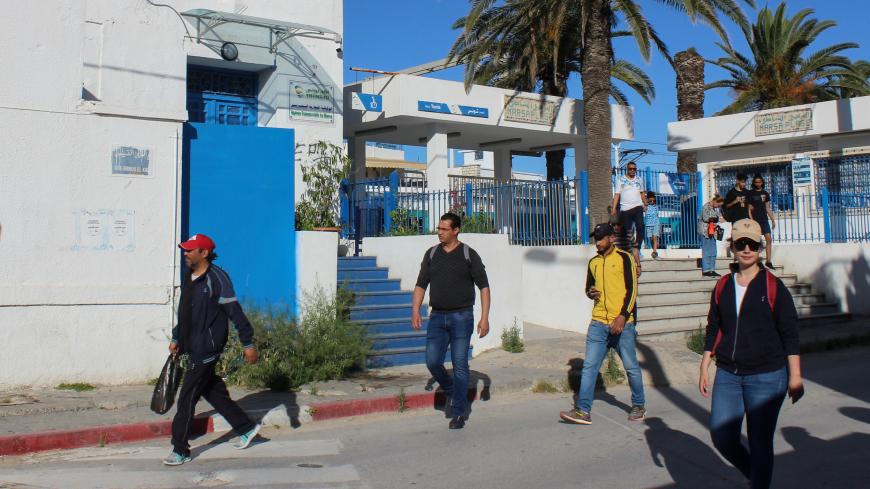 People leave a train station as Tunisia relaxes some of its lockdown rules while keeping other restrictions in place against the spread of the novel coronavirus, in La Marsa near Tunis, Tunisia May 11, 2020. - REUTERS/Angus McDowall

Some three months after COVID-19 was first detected in Tunisia, the prime minister says the country has won the battle against the deadly virus.

"Tunisia has won its fight against the coronavirus disease thanks to the country's national unity," Prime Minister Elyes Fakhfakh said in an interview with Tunisian channel Attasia, according to news agency Xinhua. “We made efforts and we were able to achieve a victory.”

Fakhfakh added that the country is due to reopen its land, sea and air borders on June 27. Visitors arriving in Tunisia will be required to quarantine in hotels for a period.

On Sunday, the Health Ministry reported two new infections, bringing the total number of cases countrywide to 1,096. The death toll remained at 49.

Tunisia has only an estimated 500 intensive care unit beds and officials warned the country’s health system would be unable to cope with a wider outbreak. But at just over 1,000 infections, Tunisia has reported a relatively low number of COVID-19 cases compared to its neighbors. Morocco, for example, has registered 8,838 infections and Algeria has confirmed 11,031.

After reporting its first case of the virus on March 2, Tunisia moved quickly to implement preventative measures. Authorities imposed a nationwide lockdown on March 22 and quarantined patients with mild symptoms in hotels and other designated facilities.

Amid a decline in new cases, Tunisia began easing restrictions in early May and by June 4 had reopened mosques, hotels and restaurants.