The North African country has reported more than 40,000 infections since March. 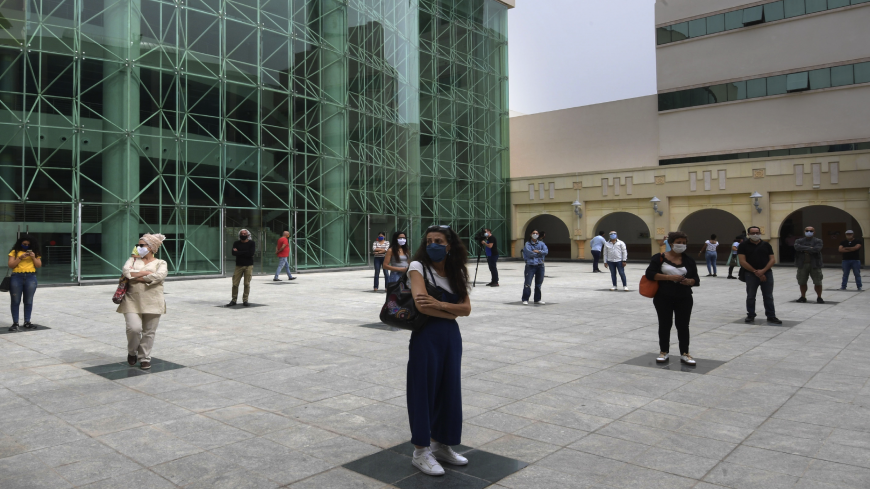 Tunisian artists and cultural workers observe a sit-in in front of the opera theatre on Oct. 5, 2020, in the capital, Tunis, amid the coronavirus pandemic. Tunisian Prime Minister Hichem Mechichi announced the ban on all gatherings and reiterated the obligation to wear masks in order to slow the spread of the coronavirus, which threatens to saturate hospitals. - FETHI BELAID/AFP via Getty Images)

In an effort to combat a dramatic uptick in coronavirus cases, Tunisian Prime Minister Hichem Mechichi has given governors across the country the authority to impose nightly curfews beginning Tuesday.

Reuters reports that the new order builds on the curfews already imposed this month in several parts of the country, including the capital, Tunis. The movement restrictions come as the number of coronavirus cases across Tunisia has swelled to more than 40,000.

Tunisia’s early efforts to bring the virus under control were successful, but the country’s already fragile economy was hit hard. Shortly after reporting its first case of the virus in March, authorities imposed a nationwide lockdown on travel, imposed a strict curfew, and quarantined patients with mild symptoms in hotels and other designated facilities.

Tunisia started easing restrictions in early May, and in June reopened mosques, hotels and restaurants, as well as the country’s land, sea and air borders.

Mechichi’s new government has said Tunisia cannot afford another full-blown lockdown. The International Monetary Fund expects Tunisia’s economy to contract by 4.3% in 2020 due to the pandemic, in what would be the worst recession since the country gained its independence in 1956.