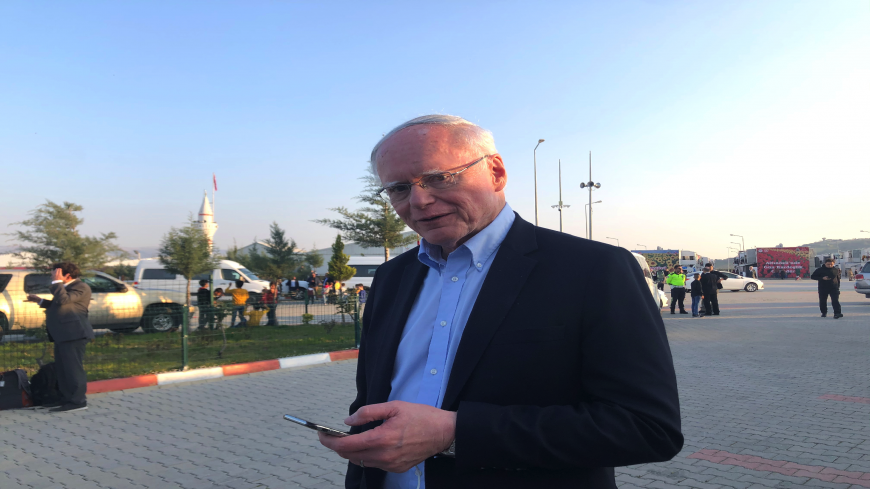 James Jeffrey, the US special envoy for Syria, is pictured outside the Boynuyogun refugee camp near Hatay, Turkey, March 3, 2020. - REUTERS/Mehmet Emin Caliskan

“The Caesar Act has very strong humanitarian provisions that require us — the US government — to explain to Congress and ensure in our actual sanctions targeting that we do not undercut the humanitarian efforts underway,” US Syria Envoy James Jeffrey said at a virtual Middle East Institute panel today. “The United States will be pledging a significant amount at the [European Union] pledging conference for humanitarian aid at the end of this month. Already with over $10.6 billion, we’re the largest humanitarian contributor. That will not stop, nor should it, in this time of COVID-19,” Jeffrey said.

Why it matters: Although the Trump administration’s new sanctions on Damascus — mandated under the Caesar Syria Civilian Protection Act — have significant bipartisan support, critics fear they could inhibit Syrian reconstruction efforts with President Bashar al-Assad poised to win the nine-year civil war.

“We want to make it clear to anybody who wants to rebuild Assad’s Syria that that cannot happen with Caesar sanctions until we have a political process,” said Jeffrey. Still, he stressed that humanitarian aid will still flow to Assad-held territory under the new sanctions.

The new sanctions target anyone who supports Syria’s military, energy, construction and engineering sectors unless the Assad government makes a series of human rights reforms. The law, which Trump signed in December, could also lead to more sanctions on Syria’s Central Bank if the Treasury Department designates it a “primary laundering concern.” The cost of rebuilding Syria could range anywhere from $400 billion to $1 trillion.

What’s next: The European Union will convene its Syria aid pledging conference in Brussels on June 30.