The United States is preparing to slap stringent sanctions on the Bashar al-Assad government as it pummels Idlib, raising questions about Syria’s long-term reconstruction. 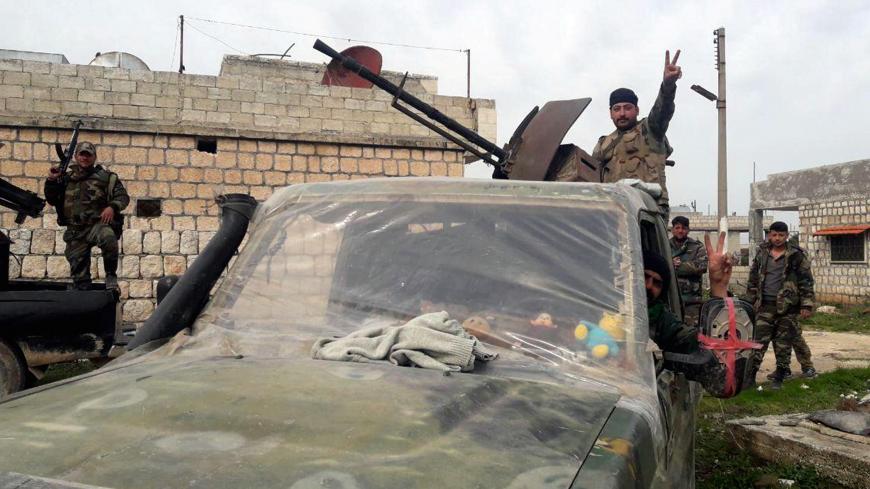 A frustrated American photographer verbally sparred with Senate staffers Wednesday over restrictions at a hearing that prevented him from getting too close to the Syrian witness — who also happened to be a photographer himself.

“He’s a photographer, why’s he afraid of a camera?” complained the American photojournalist.

The witness, who sat with his back to the crowd in a blue rain jacket to obscure his profile, is a Syrian military defector who goes by the pseudonym Caesar. During his testimony, Caesar noted that he had asked for the photography restrictions out of fear that Damascus or its Iranian and Russian backers would assassinate him as a reprisal for smuggling some 53,000 photographs out of Syria documenting the systematic torture and murder in President Bashar al-Assad’s prisons.

Caesar is urging the United States to immediately implement the Syria sanctions law that bears his namesake as Syrian and Russian warplanes continue to bombard Idlib province, killing thousands of civilians and intentionally targeting medical facilities.

“The Caesar law has become the final ray of hope for the Syrian people in the absence of any political or humanitarian solution,” Caesar told the Senate Foreign Relations Committee. “The law is a very powerful message to all who support the Assad regime. It is a reminder to all of them that the time for accountability and justice is coming and that no matter how long oppression lasts, there is no doubt that truth will prevail in the end.”

The first deadline under the Caesar Syria Civilian Protection Act, which Congress passed in December, is approaching next week. It requires the Donald Trump administration to brief Congress on the “operation requirements of military and non-military means to enhance the protection of civilians inside Syria, especially civilians who are in besieged areas.”

Caesar himself called for a “no-fly zone” or a “way of stopping the airplanes from Russia, the Assad regime, on these civilians that have nowhere to run” during the hearing.

Although the deadline to implement most of the bill’s sanctions is in June, Congress is also urging the Trump administration to apply them earlier in the midst of the Idlib crisis. A bipartisan group of lawmakers called on Trump this week to “immediately” implement the sanctions in a letter obtained by Al-Monitor.

“We respectfully request you to put them into effect immediately as the crisis in Idlib worsens with each passing day,” wrote Sen. Mike Braun, R-Ind., along with Reps. Adam Kinzinger, R-Ill., and Brendan Boyle, D-Pa.

The letter also criticized Russia and China for forcing the United Nations to close two of the four border crossings used to deliver humanitarian aid into Syria while calling on NATO and Middle Eastern countries to do more to assist refugees fleeing the conflict.

The Caesar Syria Civilian Protection Act sanctions anyone who backs Syria’s military, energy, construction and engineering sectors unless Damascus makes a series of human rights reforms. The law also would sanction Syria’s Central Bank in the likely event that the Trump administration labels the bank a “primary laundering concern.”

Timing aside, the White House appears largely on the same page as Congress. While it slid under the radar at the time, Trump’s October executive order that sanctioned Turkey for its incursion against the Kurds in northeast Syria also laid the groundwork for some of the same sanctions required under the Caesar Syria Civilian Protection Act.

Despite Washington’s bipartisan consensus, some critics worry that the sanctions could hinder Syria’s long-term reconstruction efforts while economically hampering the remaining civilian population.

“It will be a disaster for Syrians if their central bank is designated,” said Joshua Landis, the director of the Center for Middle East Studies at the University of Oklahoma. “Efforts to revive education, housing and hospitals will be paralyzed. The central bank is a pillar of the economy.”

Emma Beals, an editor and aid analyst at the Syria in Context newsletter, noted that the Caesar sanctions will have “a huge impact on reconstruction” down the line, particularly as they’re likely to scare off Russian, Chinese and Emirati investment in the war-torn country.

“If Caesar is implemented to even a small degree of what it’s capable of, it will be devastating for Syria,” Beals told Al-Monitor. “It’s not just about reconstruction. All of the things in the bill impact subsidiary issues. It was an Iran sanction that had a devastating impact on the fuel supply last year.”

Mouaz Moustafa, the executive director of the Syrian Emergency Task Force, countered that the sanctions are necessary to combat Assad’s policy of forcefully displacing civilians from their homes to replace them with loyalists.

“They’re not just arbitrarily there because we don’t want to see Syria reconstructed,” Moustafa told Al-Monitor. “For the United States and the international community to give money to help rebuild Assad regime areas, to build homes on the homes of the [Syrians] displaced in Europe that can never return would be a disservice because it means that their property is taken away after it’s destroyed. It’s more about ensuring that there isn’t ethnic cleansing.”

Moustafa pointed to all the displaced residents in embattled Idlib province who have already been forced to flee their homes in Damascus, Homs and Aleppo.

To that end, US Syria envoy James Jeffrey announced earlier this month that Washington will provide more than $100 million in aid to assist the 950,000 displaced Syrians in Idlib.

House Foreign Affairs Committee Chairman Eliot Engel, D-N.Y., denounced the $100 million as insufficient to “address the needs of the hundreds of thousands still fleeing the Assad regime’s brutality” during a House hearing on Idlib that occurred while Caesar was testifying in the Senate.

Jack Detsch contributed to this report