As the war in Syria cools down, the cold war to fund Syria’s reconstruction projects is heating up and Washington is hoping to use US assistance as economic leverage to force political concessions from Damascus. 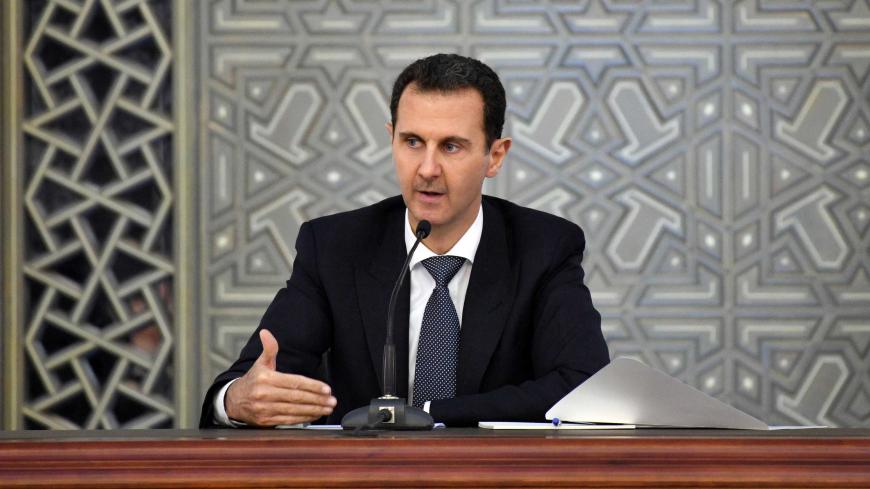 Despite the Syrian opposition’s failure to oust President Bashar al-Assad militarily, Congress hopes that it can use US reconstruction dollars as leverage to force a political transition in Syria by ensuring that funds are only available for rebel-held areas.

Last week, the House Foreign Affairs Committee unveiled the No Assistance for Assad Act, which would bar the Donald Trump administration from using nonhumanitarian US assistance funds for Syria’s reconstruction in areas held by the Assad regime.

Royce referred to the bill as “common-sense legislation to ensure that US aid does not strengthen the Assad regime and its Iranian-backed militias.”

“For nearly seven years now, the Syrian people have been subject to widespread atrocities including chemical attacks,” the chairman added.

After seven years of a highly destructive war that has reduced numerous major population centers to rubble and displaced millions, Congress estimates that the cost of rebuilding Syria could total anywhere between $200 and $350 billion.

“If Americans declined to help with stabilization in government-held areas and other Western governments followed suit, European governments or … the Japanese government or major Arab states … such as Saudi Arabia, the UAE [United Arab Emirates] and Kuwait, that would put a real financing crimp on the ability of the Syrian government to rebuild quickly within 5-10 years,” Robert Ford, the former US ambassador to Syria under President Barack Obama, told Al-Monitor.

To that end, the bill would impose far-reaching restrictions on Syria reconstruction and stabilization funding in Assad-controlled territory between 2018 and 2022 unless the president certifies to Congress that the Assad regime has met a series of stringent criteria.

In order to receive US reconstruction assistance, the Assad regime must begin “organizing free and fair elections” and allow the “safe, unfettered and voluntary return of Syrian refugees and internally displaced persons to their homes” while taking steps to improve its human rights record and establish an independent judiciary. Additionally, the regime must halt attacks on civilians and civilian infrastructure, minimize its reliance on Iranian military support, halt “the development and deployment of ballistic cruise missiles,” and comply with international norms on chemical weapons.

"Until Assad respects the rights of his people, until they're on the path toward a better future for themselves and until there's “accountability for the regime’s war crimes, the United States shouldn’t spend a dime on reconstruction efforts in areas controlled by the regime,” said Engel.

“Buoyed by his patrons in Moscow and Tehran, the Butcher in Damascus broke Syria,” the congressman added. “We should not support any scenario that leaves him in power to continue his violence and oppression against the Syrian people.”

But hampering the regime’s reconstruction efforts may not be as straightforward as Washington hopes given the fact that Russia and Iran, key Assad allies, are seeking contracts to rebuild Assad-held areas. Tehran, for instance, has already committed to establishing five power plants in Aleppo.

“A private Russian security firm … has signed a contract that will protect [an] oil facility in return for 25% for the production revenue,” Ford told Al-Monitor. “That’s a huge cut. The Russians aren’t giving aid; they’re actually doing things on a commercial basis.”

However, China also committed to investing $2 billion in Syria’s industrial parks in August after Damascus resumed its first annual trade fair since the beginning of the war.

In addition to bilateral US assistance, the No Assistance for Assad Act also bars multilateral institutions such as the United Nations, World Bank and International Monetary Fund (IMF) from using US dollars in their own reconstruction and stabilization projects in Assad-controlled territory.

“We probably could impede, for quite a long time, IMF and World Bank aid to the Syrian government,” Ford said. Nonetheless, the World Bank and IMF have yet to lay out a formal proposal for Syrian reconstruction.

“The World Bank is looking at it in a very cautious and careful way so far,” Ford noted. “In a normal World Bank program, they would work out a series of loan agreements with the government involved setting out loan terms and possible conditionalities.”

And while Ford praised the bill’s limitations on assistance to the Assad regime, he warned that it would likely not produce any tangible political impact.

“It’s plainly evident that the Bashar al-Assad government that uses chemical weapons and barrel bombs hospitals and civilian units with reckless abandon is not particularly concerned about the welfare of its citizens,” Ford said. “And so the idea that withholding reconstruction aid is going to extract political concessions from Bashar al-Assad when armed opposition does not extract those concessions … is a fallacy.”

That said, Ford argued that providing reconstruction assistance to the Assad regime would be wasteful due to its endemic corruption and pointed to the Syrian government’s habit of siphoning off humanitarian aid funds.

“The corruption inside the government is so rampant that there would be a substantial race involved and it would be very hard for the United States government to verify the accounted use of the money,” said Ford.

Notably however, the No Assistance for Assad Act contains explicit exemptions for local community organizations in Assad-controlled territory as well as for programs providing humanitarian needs such as food, medical services and supplies, clothing, education and demining operations.

Nevertheless, the Assad regime frequently blocks humanitarian aid from reaching opposition-held territory like Eastern Ghouta in the suburbs of Damascus. For instance, the Assad regime did not permit independent aid groups to evacuate critically wounded patients trapped in the besieged suburbs until yesterday.

In order to facilitate greater humanitarian aid access, the UN Security Council voted last week to extend permission for the UN to deliver Syrian aid directly to opposition-held areas from Turkey and Jordan for another year. However, Russia and China both abstained from the vote, raising concerns that Moscow may use its UN veto to block assistance directly to rebel-held areas in the near future.

by Murielle KASPRZAK and Joseph SCHMID | AFP | May 26, 2022
END_OF_DOCUMENT_TOKEN_TO_BE_REPLACED