Intel: Congress pushes for Syria sanctions ahead of key deadline 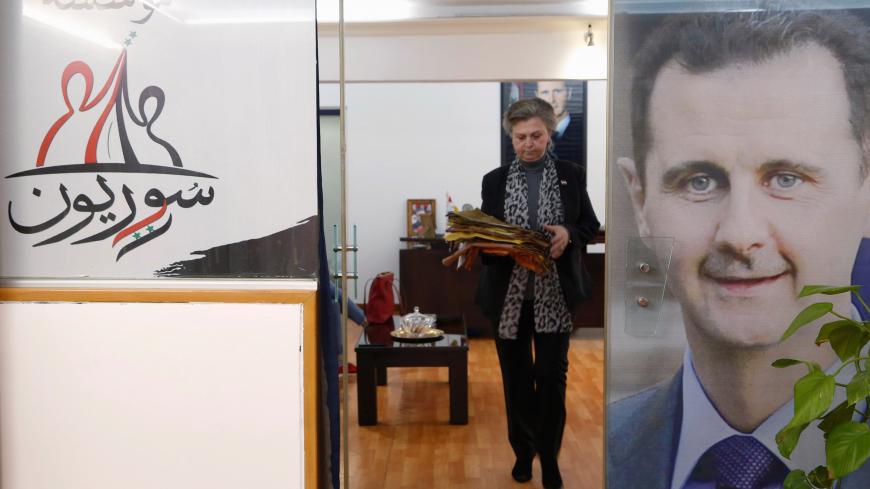 The chairmen and ranking members of the foreign relations panels in both chambers — Reps. Eliot Engel (D-NY) and Michael McCaul (R-Texas), and Sens. James Risch (R-Idaho) and Bob Menendez (D-NJ) — joined forces to issue the statement ahead of the June 17 deadline to issue the sanctions under the Caesar Syria Civilian Protection Act, which became law in December 2019.

“The administration must engage in vigorous, sustained enforcement of the Caesar Act in order to send a message to the regime and its enablers that Assad remains a pariah,” the lawmakers wrote. They added, “He will never regain standing as a legitimate leader. The regime and its sponsors must stop the slaughter of innocent people and provide the Syrian people a path toward reconciliation, stability and freedom.”

Why it matters: The joint statement reflects Washington’s bipartisan consensus on tightening sanctions on Damascus even as some of Assad’s former adversaries, such as the United Arab Emirates, seek to normalize relations. The upcoming sanctions prompted Assad to accuse the United States of “economic terrorism” last week.

The Caesar Syria Civilian Protection Act sanctions anyone who backs Syria’s military, energy, construction and engineering sectors unless Damascus makes a series of human rights reforms. The law also would sanction Syria’s Central Bank in the likely event that the Trump administration labels the bank a “primary laundering concern.”

What’s next: “We are confident that the relevant authorities are on track to meet the June 17 deadline, and that the Central Bank of Syria will be ruled to be a financial institution of primary money laundering concern,” said Thomas Georges, a fellow at Americans for a Free Syria, which lobbied Congress to pass the law.

Know more: Congressional Correspondent Bryant Harris takes a look at the implications the upcoming round of Syria sanctions could have for the war-torn country’s economy and ability to reconstruct itself down the line.