Middle East expresses support for George Floyd protests in US

Displays of support for Black Lives Matter protests in the United States pop up in Israel, Turkey, Syria and Lebanon. 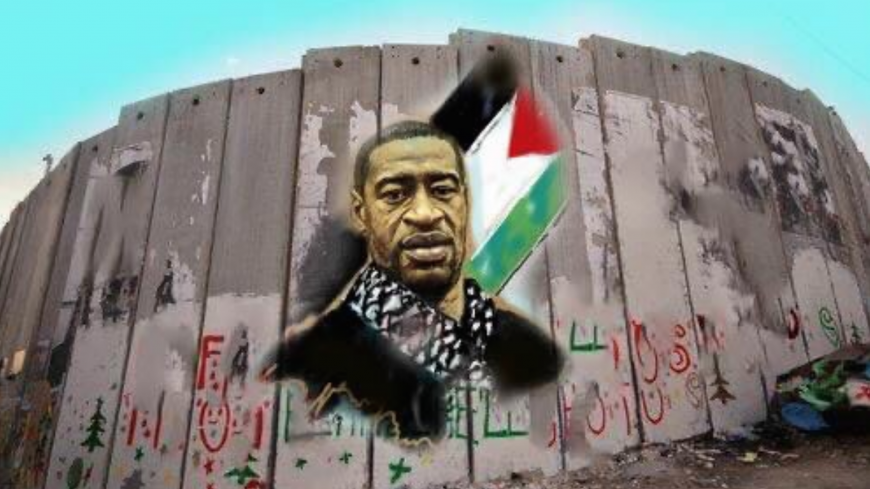 A mural of George Floyd painted on the Israel-West Bank separating wall. - TWITTER

Some Middle Easterners are supporting protests in the United States against the treatment of African Americans by police.

The United States is currently engulfed in protests and general unrest following the death of African American George Floyd, who died last week when a white policeman kneeled on his neck for 8 minutes and 46 seconds while detaining him. Videos show Floyd repeatedly saying “I can’t breathe” before his death, prompting worldwide protests and outrage.

Several Middle Eastern countries have now had protests in support of Floyd and the Black Lives Matter movement, including some countries that have had their own recent protest movements.

In Israel, both Jewish and Palestinian Israelis demonstrated while chanting “Palestinian lives matter” at protests this week. The protesters were inspired by events in the United States, but also by the killing in Jerusalem last week of Iyad Hallak — an autistic Palestinian man. Israeli police mistakenly thought he was armed and shot him, but Hallak did not have a weapon.

In Syria's northwestern Idlib province this week, Syrian artists Aziz Asmar and Anis Hamdoun painted a mural of Floyd's face along with the words “I CAN'T BREATHE” and “No To Racism." An Instagram poster commenting on the mural said it is on the remains of a building that was destroyed by the Syrian air force during its battle with rebel groups.

A protest against police violence also occurred in Turkey today, where some carried posters referencing Floyd, according to The Associated Press.

A Kurdish man in Turkey who was allegedly murdered for listening to Kurdish music at a park on May 31 also prompted outrage and led to comparisons to Floyd in Kurdish media.

The Arabic-language hashtag “America revolts” trended on Twitter after the US protests. Many in Lebanon in particular used the hashtag to express support for the demonstrations.

Several of these countries have had their own protests as of late. In late April, Israelis gathered for an anti-government protest while following social distancing guidelines during the coronavirus pandemic. Lebanon has been gripped since October with protests against the government, corruption and the economic situation.