Libya's state-run oil company says the Sharara oil field had just resumed operations before it was stormed by gunmen. 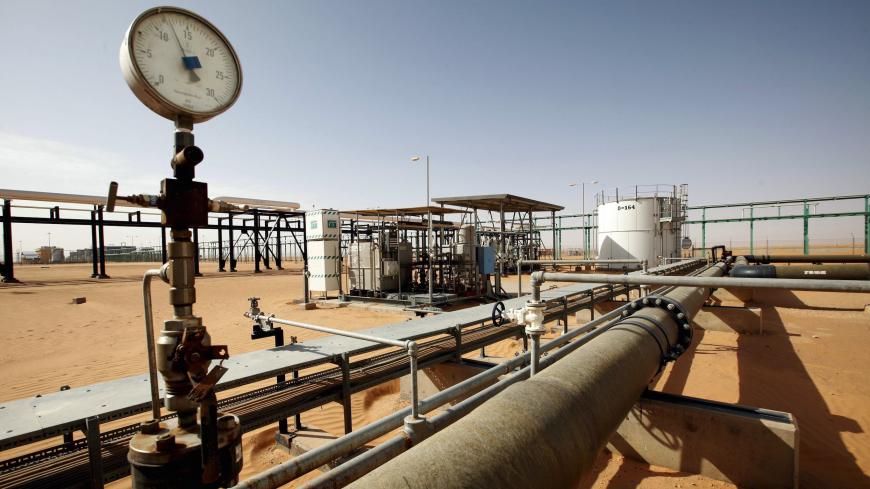 Days after the reopening of a key oil field, Libya's National Oil Corporation blamed a group tied to renegade commander Khalifa Hifter for shutting down its production today.

“The armed group, which came from Sebha, stormed the Sharara oil field and pulled their guns on civilian unarmed workers, coercing them to stop production at the field at dawn,” the state-run National Oil Corporation said in a statement.

The Sharara field in southwestern Libya had just resumed operations over the weekend after “lengthy negotiations” between insurgents and the oil corporation over a monthslong blockade. The National Oil Corporation today declared it was no longer legally obligated to fulfill the contract on exports from the oil field due to circumstances beyond its control.

The oil company said the armed group that attacked the southwestern field Monday evening is under the command of Brig. Gen. Mohamed Khalifa, whose forces are linked to Hifter.

However, the Bloomberg news organization, citing "people with knowledge of the situation," reported that some pumping at Sharara was able to resume later today.

Hifter, who controls much of the country’s oil-rich east, is waging a war against the UN-backed, Tripoli-based government with the support of Egypt, the United Arab Emirates and Russia.

In January, tribesmen loyal to Hifter closed down several major oil ports and fields, accusing the government of using oil sales to pay for mercenaries coming from abroad. The Government of National Accord says the resulting blockade has cost the country nearly $5 billion in revenue.

Hifter accepted a cease-fire proposed over the weekend by Egypt, which backs the warlord’s self-styled Libyan National Army. But the UN-backed Government of National Accord, which has been making steady gains around Tripoli, said it will press ahead with its campaign to retake the rest of capital.

Libya is home to the ninth-largest known oil reserves in the world. In a statement, the UN Mission in Libya called for a full lifting of the blockade, which has “needlessly cost the Libyan people.”

“Oil and other natural resources should not in any way, shape or form be instrumentalized as part of the conflict,” the UN Mission in Libya said.